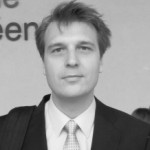 In the post-Soviet space, many territorial conflicts are still vivid under the surface of formal peace agreements. In this context, the term “frozen conflict” has arisen as descriptive element which is referring to de facto states, that emerged out of these conflicts. Notwithstanding the stability and longevity of these regimes, they lack widespread diplomatic recognition and how to deal with them on an international basis is still a disputed issue.

Getting rid of the frozen conflict paradigm

As I was working on my contribution for Juwiss, focusing on the challenges of de facto statehood in the post-Soviet space and possible ways to overcome some of them, news of a massive eruption of violence arrived from Nagorno-Karabakh: The most severe fighting since the 1994 truce between Armenia and Azerbaijan was reported to have broken out on 1 April 2016, claiming a death toll of dozens of soldiers and civilians.

This outbreak of violence has shattered the whole region of the South Caucasus and will continue to do so for an indefinite period of time. Further, it serves as a harsh reminder that the misleading term “frozen conflict”, used by many scholars in the field has obviously outlived its usefulness as a tranquillizer giving a false sense of security to political and academic observers. As a matter of fact, escalation is and has always been part of the arsenal of policies and is recklessly calculated by all conflict sides as an instrument for scoring political points or for bringing battlefield gains in these disputed territories. Georgians, Russians and South Ossetians in 2008, Georgians and Abkhazians in 1998 and 2006 and, most recently, Azerbaijanis and Armenians can tell a thing or two about the seemingly unpredictable re-eruption of violence years after a formal truce has been brokered.

Yet, gruesome as it may sound, this recent re-eruption of violence has additionally reinforced my conviction to go forward with my underlying thesis, in which I submit that the international community and, most importantly, the EU must devise a long-term strategy of dealing with de facto states, i. e. states, which do actually exist but lack widespread diplomatic recognition.

This objective requires first identifying the structural drivers of conflict in the disputed territories stretching from Moldova to the Caucasus Mountains. The formally ethno-federal composition of the Soviet Union has been rightly deemed to be nothing short of a façade. The Soviet Union, in contrast to authentic federations, acted outside of the democratic rule of law and did not essentially devolve powers to subordinate entities. However, this apparent façade has indeed created much ethnically defined substance over 70 years. The architects of this system, most importantly Joseph Stalin, seen as expert on nationalities in the early Bolshevik circles, have introduced a system of arbitrary ethnic engineering in which elements of proto-statehood have been carefully cultivated and attributed to the various nationalities. In particular, national party apparatuses as training ground for new cadres, preferential treatment for members of the respective titular nationality as well as nationally defined academies of science have equipped these nations with the necessary tools to become fully-fledge states in 1991. However, the primordialist aspect of these considerations has required this attribution to be handled in strict coherence between nationality and territory.

This approach produced an ethnically defined Matryoshka-doll-like system of administrative units that have come into being with the Soviet Socialist Republics on top (having, theoretically, the right to secession according to Article 72 of the Soviet Constitution), the Autonomous Soviet Socialist Republics (sweetening the bitter pill for those nationalities which have fallen short of having an own SSR with almost equal rights as the SSR) and, finally, autonomous okrugs and oblasts (for the nationalities at the end of the ethno-territorial food chain). Some nationalities, notably, have not been given any territorial-administrative unit whatsoever, thereby confirming the hierarchical nature of this ideology.

Further, handling with these territories, in particular moving administrative borders (Crimea in 1954), eliminating ethno-administrative units (ASSR of the Volga Germans in 1941) or even merging two nationalities into one unit (Chechen-Ingush ASSR) has become an indispensable and often applied instrument of managing ethnic checks and balances in the Soviet Union.

And this is precisely where collective perceptions of outright injustice start to echo from the de facto states: Abkhazians justly point to the fact that Abkhazia was a Soviet Republic, meeting Georgia at institutional eye level until 1931, when Stalin – himself an ethnic Georgian from the town of Gori – decided to incorporate this territorial unit into the Georgian SSR. The Abkhazians were not asked for their approval in 1931; they were not asked for it in 1991 either. Likewise, the Nagorno-Karabakh Autonomous Oblast could have been easily placed under the jurisdiction of the Armenian SSR in the 1920s, had Stalin not been worried about Turkey. Nagorno-Karabakh, though inhabited by a majority of Armenians was incorporated into the Azerbaijani SSR as a concession to the post-Ottoman Turkish Republic.

This arbitrary handling of territories did not only constitute a factor feeding into the local narratives of injustice. Soviet and post-Soviet political elites have thereby also learned the toxic lesson that ethnicity must inevitably go hand in hand with territory, and that ownership of territory can be categorized only on an ethnic basis, thus, severely limiting other forms of power-sharing.

Therefore, the collapse of the Soviet Union in 1991 with a total number of exactly fifteen Soviet Republics was little more than a temporary snapshot which could have turned out fundamentally differently: The Soviet Law on Secession of 1990 is a case in point. Though never applied and quickly overtaken by the strength of the national independence movements, it contained some serious breaks to secession. It stipulated that if a SSR was to secede, not only a referendum would need to be organized in the respective SSR, but, in addition, separate independent referenda in all autonomous units on the territory of the respective SSR would have to be held. To this day, this late Soviet law is an important symbolic point of reference in all de facto states. Notwithstanding this last rearing of the late Soviet Union, the principle of uti possidetis iuris – giving the “golden prize” of diplomatic recognition only to SSR, a principle which the Badinter Commission oddly claimed to be extending beyond decolonization, could only be utilized by fifteen former Soviet administrative units post-1991. Yet, Armenians, Ossetians, and Abkhazians complained that this principle, if narrowly applied, is blind to many non-legal aspects.

Just consider uti possidetis. This principle, according to which former Soviet Republics’ administrative lines turn into international boundaries, did little to help Tbilisi and Co. to come to terms with their minority groups, let alone to ameliorate the crises. Since the collapse of the Soviet Union, about 25 years and innumerable mantra-like reiterations for the respect of the principle of territorial integrity have passed, and still, Georgia, Azerbaijan, and Moldova (recently joined by Ukraine) fail to extend jurisdiction over the territory which they claim to be legitimately theirs.

Abkhazia, South Ossetia, Nagorno-Karabakh, and Transnistria have emerged as relatively stable de facto states, sharing four common features: All of them are associated with heavy warfare as the main factor in their development; the competition of ethno-national identities has played a crucial role in planting the seeds for confrontation; the breakdown of the Soviet Union has facilitated their secession – which, as last element, most of them could not have been able to carry out successfully without external assistance.

This is not to claim that all of these conflicts were identical, of course: The irredentist dimension might have been more pronounced in Nagorno-Karabakh than in Abkhazia, whereas external assistance was much stronger for Transnistria than it was the case of South Ossetia. Nevertheless, these entities appear to be quite stable elements of the not so temporary legacy of the Soviet Union.

With uti possidetis contested and other legal principles being increasingly discredited in the perceptions of the conflict parties, are there other (positive) remedies of international law that might be useful today? While international law does not grant sub-state entities the right to secede, whatever the elites of de facto states may maintain, it does not explicitly prohibit secession either, regardless of what the elites of the parent states may argue. And given the longevity of these regimes, the question arises: How does international law under which circumstances accommodate for these entities?

The underlying problem with which international engagement and peace-making is confronted is that international law is inflexibly applied with regard to these entities. On the one hand, hostilities of existing states and, particularly, the respective parent state seem to prevail, while, on the other hand, our general and traditional conception of state sovereignty prevents us from imagining other forms of dealing with not-recognized entities, save for isolation, condemnation and moral indignation. Hence, these entities are treated as blind spots, with large parts of the international community pretending they do not exist at all.

The good news is: International law can very well accommodate de facto states. Even if they are not widely recognized, they possess a cognizable existence under international law and are bound by ius cogens from which no derogation is permitted. Hence, what the EU has yet to learn in providing a positive transformation scenario for the post-Soviet region is that it would be utterly wrong to maintain that something either is or is not. Given the longevity and stability of these regimes the international community would be well advised to consult the long and often successful historical record of entities which have some standing below widespread diplomatic recognition. Peter Semneby’s famous outline of “engagement without recognition” is an ideal thought-provoking starting point in this regard, which has, regrettably, never really gained momentum.

To sum up: The normative nature of my argument that we need more options than just sovereign recognition, isolation or attempts of military elimination with regard to de facto states must not be seen as a promise of salvation. The Turkish Republic of Northern Cyprus might serve as an example. The EU does not only hold an information office on the ground in order to gain facts, Northern Cyprus is also given observer status in different international organizations, tough only diplomatically recognized by Turkey.

A more robust cognizable engagement with Nagorno-Karabakh might not have prevented the recent outbreak of violence. Such a policy might even have some downsides in making the leaderships of de facto states more confident in their state-building efforts. Yet, in a long-term perspective these entities and their populations deserve to receive more international engagement if this enhanced engagement is provided as incentive and managed in such a way as to further conflict transformation, in particular, by creating conducive conditions for future talks and encounters with their counterparts in Tbilisi, Baku, and Chisinau.