Women might not be people, But Corporations certainly are 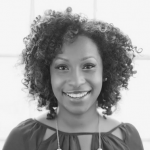 Conservative and liberal groups in the United States found themselves at odds last week over the Supreme Court of the United States’ (SCOTUS) decision that some companies such as Hobby Lobby are exempt from an Obamacare requirement to provide birth control.

How is following the law a violation of faith?

About two years ago, SCOTUS upheld the Patient Protection and Affordable Care Act’s (ACA or Obamacare) individual mandate, which requires citizens in the United States to buy health insurance or pay a penalty. After hearing the arguments, the Court affirmed the Act as constitutional, the majority reasoning being that it was a tax that Congress was well within its right to impose.

A group of deeply religious families and their family businesses, lead by the Green family who owns the craft store Hobby Lobby, filed a lawsuit challenging some aspects of the statute. The ACA requires that all companies provide their female employees with health insurance that includes access to twenty forms of birth control at no cost to the patient, in the interest of public health. The families claimed to object to four types of birth control, arguing that because their religious beliefs consider the beginning of human life to be at conception, covering those forms of contraception would make them ‘complicit in abortion’. By forcing them to go against their religious beliefs, they believed the ‘birth control mandate’ was a violation of the Religious Freedom Restoration Act (RFRA).

RFRA was passed in order to codify what is known as the ‘free exercise clause’ of the first amendment of the U.S. Constitution, which states:

“Congress shall make no law respecting an establishment of religion, or prohibiting the free exercise thereof; …”

It protects the right to exercise religion from being ‘substantially burdened’ unnecessarily and unjustly, particularly safeguarding individuals of minority religion groups from the government. The government is only permitted to overrule these rights in cases where the government regulations meet a compelling national interest in the least restrictive way possible.

Last Monday, in a landmark decision, SCOTUS decided to uphold the rulings of the lower courts in the Burwell v. Hobby Lobby Stores case in a 5-4 judgment. The majority opinion held that the ACA regulations were a violation of RFRA and by extension the US constitution. Meaning that under protection of the supreme land of the law, they were not obligated to provide access to birth control to any of their employees.

“How does a corporation exercise religion?”- Justice Sotomayor

The minority argument, written by Justice Ginsburg, argues that in “incorporating a business… an individual separates herself from the entity and escapes personal responsibility for the entity’s obligations” and that the ‘compelling interest’ of the government mandating access to contraception are ‘concrete, specific and demonstrated by a wealth of empirical evidence’.

The majority argument, written by Justice Alito, however emphasized for profit corporations are simply ‘a form of organization used by human beings to reach desired ends’; and as the exercise of religion is inseparable from most human activity, it would not be possible to separate the corporation from the humans running it. Therefore, the majority opinion argued that it is impossible to expect an individual’s deeply held beliefs from affecting the way they live in society, and for equality’s sake RFRA must extend to for-profit corporations as well already protected entities. Additionally the all male, all Roman Catholic majority did not find that mandating cost-free access to contraception qualified as a compelling public health concern or objective, as exemptions for religious organizations such as churches had already been made. Justice Kennedy argued that the exemption for churches and other religious organizations ‘…must have been because the health care coverage was not that important.’

„Congress needs to take action to solve this problem that has been created,“- White House press secretary Josh Earnest

What exactly does this all mean for Americans?

First, while extending corporations more rights, namely the right to exercise religion, the decision confusingly erodes what is known as the corporate veil, which treats corporations as entities that are distinct from its shareholders or owners, and is the foundation of the concept of incorporation. As a distinct legal entity, corporations are meant to shield their owners from personal liability. The way the argument is laid out sets precedence that begins to call into question this separateness. The liability implications are tremendous. Millions of business owners and shareholders may now be open to more liability and responsibility for the actions of their firms.

The decision has also set another dangerous precedent, allowing millions of businesses to deny their employees medical coverage and procedures that they are legally entitled to, based on their personal religious beliefs. While the argument specifically discusses closely held corporations, meaning a small number of shareholders control operating and managerial policies of these firms, closely held corporations comprise 90% of all businesses in the United States. Additionally, there was nothing in the argument that limits the types of businesses that can bring up grievances under RFRA, potentially expanding the scope of this decision’s reach.

Despite the court claiming this should not supersede protection against discrimination (specifically citing racial discrimination) it would not be surprising to see companies invoking RFRA in future suits to defend their decisions to fire employees for being single and pregnant, for being gay, objecting to pay women the same wage as men, or imposing sharia law on employees. While the court attempted to claim that this decision is narrow in scope, simply expanding RFRA to include for-profit corporations for a specific policy, within the past week it has already begun a cascade of appeals in the lower courts. Implications in ongoing suits include a case involving an employer that opposes all forms of birth control, and prisoners in Guantánamo Bay requesting similar personhood status so that they may too exercise religious freedom.

In a controversial temporary injunction granted Thursday for another case related to the ACA contraceptive mandate, Wheaton College vs Burwell, it appears the court may be in favor of the argument that simply applying for a waiver is a violation of an organization’s religious rights.These organizations argue that the mere act of filling out the waiver granted by RFRA, triggers the government to facilitate third party medical insurance providers to provide contraceptives (at a cost to the consumer), making filling out the waiver essentially equivalent to providing the contraceptives themselves and therefore also a violation of their religious right to abstain from contributing to abortions.

While Hobby Lobby et al claim that contraceptives cause abortions; this is factually incorrect and refuted by medical and scientific establishment. Additionally alarming is that the claims that these four specific contraceptives cause abortions is based on the religious belief that life begins at conception rather than implantation (uterine implantation being the legal and scientific definition of a pregnancy) were taken seriously despite being proven irrelevant to their argument. All four of these contraceptives actually prevent the fertilization of a human egg—meaning by even by their own standards, these do notqualify as an ‘abortifacient’. In fact the majority opinion even mentions in its footnotes that these beliefs are contradicted by science-based regulations. Yet, the decision effectively says that when religious views and scientific evidence are in conflict, religious views will prevail.

This SCOTUS decision also claims that concerns of RFRA being used for additional medical exceptions, explicitly raised in the dissent, are unfounded and that the ruling only applies to the issue of contraception and not issues of critical public health. This in itself is based on the utter disregard to the importance of women’s reproductive health and is an affront to women. It is alarming that women and women’s well-being were mentioned a mere 13 times in the majority argument, and did not factor strongly in the decision – a decision regarding the validity of a mandate on women’s reproductive health. In fact, the bulk of the logic focused on the personhood of a corporation. Meanwhile, virtually all women use contraception at some point in their lives. 58% of women surveyed say they use hormonal contraception for non-contraceptive reasons– conditions such as ovarian cysts, dysmenorrhea, endometriosis, acne, and hormone imbalances. The average American woman spends 30 years of her life avoiding pregnancy. The public health benefits of contraceptives are inarguable, only the minority argument thoroughly examines the role of the mandate on women’s health and well-being. The minority opinion is unsurprisingly supported by all three female judges.

Additionally, the court is to remain impartial to all religions, and the law must be applied equally to each of them. Several religions have varying opinions on medical procedures: Christian Scientists reject medicine altogether except for the setting of broken bones; Jehovah’s Witnesses reject blood transfusions; Scientologists forbid psychiatry, certain sects of Judaism and Islam reject insulin, anesthesia, or gelatin developed from pork. With no realistic option for most Americans to obtain affordable insurance outside of their employer, religious groups can essentially force their beliefs about healthcare onto others via their businesses. Optimists argue that this denial may lay a foundation for the federal government to create a single payer system, as the majority opinion stated it as “the most straightforward way” of filling the gaps of this compelling national interest, however the reality is a single payer system is politically impossible at this point in time.

“The Court, I fear, has ventured into a minefield,” Justice Ruth Bader Ginsburg

While it is true that generally courts adhere to previous decisions, SCOTUS decisions have been overturned and ‘corrected’. Given the “minefield” this decision has wandered into, it will probably not be long before a suit comes up that challenges this decision directly