Mud and blood, again? An analysis of legal responses to the Brumadinho dam failure in Brazil 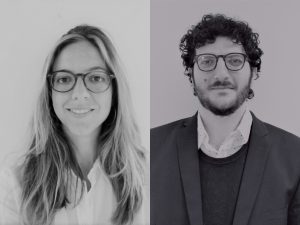 In what became known as one of the most lethal mining disasters in the world, in 2019, a tailings dam, operated by Vale, collapsed in the town of Brumadinho, Brazil, releasing 12 million cubic meters of mining waste, affecting the environment and killing 270 people. Dam safety regulations had allegedly been improved after another devastating mining tragedy took place only 4 years before in the town of Mariana, where 19 people were killed. Beyond bringing corporate and individual responsibility to the spotlight, the Brumadinho failure also raised the question if Brazilian mining and environmental regulations are able to find the appropriate balance between the protection of human and environmental rights and economic development.

Brazil has adopted a risk management framework in which mining companies are responsible for dam safety and for disclosing information on mining risks, while the state, through mining and environmental agencies, monitors the industry’s activities and regulates how often companies should inspect their dams. Companies are only allowed to operate dams if they provide authorities with periodical Dam Stability Declarations that must have been certified by independent safety firms, which are hired by companies themselves.

Prosecutors claim that Vale’s directors and high executives were aware of the dam’s safety issues and, supported by TÜV SÜD, a German safety firm, provided agencies with false information on dam stability to avoid damaging the company’s reputation and market share. Vale’s and TÜV SÜD’s executives and employees were thus charged for wilful homicides and environmental crimes. The companies were also denounced for the same environmental crimes, since the Brazilian legislation foresees criminal liability for environmental harm caused both by companies and by individuals who have effectively contributed to the criminal offense or had the power to prevent damages.

If companies and individuals are found guilty in the Brumadinho case, which did not happen regarding homicide charges against the higher executives in the Mariana case, this could be seen as warning for companies operating in Brazil and perhaps even bring a sense of justice to the families of the individuals who lost their lives. Avoiding future tragedies, however, goes beyond setting a paradigmatic case and requires the state to fulfil its constitutional duties of protecting the environment and human rights. As mining is an inherently risky industry, not only companies, but also the state must observe the precautionary principle. This means taking the necessary measures to avoid companies operating over unacceptable risk thresholds.

However, governmental agencies’ human and financial resources have shrunk in the last few years, jeopardizing the effectiveness of licensing and monitoring activities. The National Mining Agency (ANM) has been running on the same number of employees for the last 20 years, while the mining sector in Brazil has quadrupled in the same period. These numbers combined with the two tragedies have shown that the state has been unable to fulfil its duties of adequately regulating and monitoring dam safety in the mining industry.

Vale has agreed to compensate families directly affected by the tragedy through individual and collective agreements that were reached with the assistance of the public defenders’ office. But as became clear in the Mariana case, a disaster of this magnitude has broader socioeconomic impacts. Drawing from lessons learned, prosecutors and public defenders swiftly intervened and only one month after the dam failure, achieved an agreement with Vale to set aside enough funds to ensure a monthly minimum wage payment for each adult in the economically affected areas. More than 100 thousand residents registered for the emergency support, with the organisational efforts of local NGOs.

These swift measures are commendable in a context where judicial procedures are known for being lengthy, avoiding that victims face a scenario of decreased corporate assets in the aftermath of the disaster. This is a good use of the broad set of competencies that the Brazilian constitution gave prosecutors and public defenders for the protection of collective and human rights. However, the possibility of settling cases through extrajudicial agreements should not downplay the need to make judicial procedures more efficient and to establish specific legislation on how victim compensation should be determined in cases of similar magnitude.

Responses from the executive and legislative

Despite bringing improvements, these responses are not enough to ensure appropriate governance and accountability throughout the country. Besides upstream dams, there are at least 700 other mining dams in Brazil that still require state monitoring. Authorities will also have to closely monitor dam decommissioning, which is an uncommon practice in Brazil. Is it possible to safely do so, when the monitoring agencies have been under neglect? On the other hand, the federal government has prioritized to continue expanding the mining sector, promising to make licensing faster and attempting to allow exploitation of mining activities in indigenous lands.

In the same direction, bills introduced to the National Congress that aimed at increasing miners’ responsibilities have lost momentum, while bills that aim at decreasing state control over the licensing process, such as the last draft of the General Law on Environmental Licensing, which makes licensing an exception and weakens safeguards for vulnerable groups, have swiftly advanced in the political agenda.

Brazilian legislation progressively recognized environmental and fundamental rights protection and established a broad range of judicial safeguards that, despite obstacles to their implementation, could bring reparation and accountability after mining disasters. Moreover, the role of local public institutions in tandem with an organized civil society and public pressure were adamant to guarantee the few improvements in legislation, access to justice and emergency support for victims.

Nevertheless, the Brumadinho tragedy showed that implementing the current legal framework is not enough to prevent constitutional rights from being violated and that political will is necessary to make necessary structural changes. More than a year after the disaster, an international study shows that most mining companies are unable to demonstrate that they are responding appropriately to avoid similar tragedies. This is why besides urgently staffing and funding environmental and mining agencies, their monitoring competencies should be strengthened. Unfortunately, Bolsonaro’s political agenda is leading Brazil once more into the opposite (and muddy) direction.