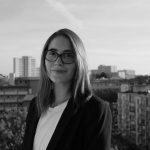 On June 15th, 2020, the US Supreme Court ruled that employers could not fire LGBTI individuals based on their sexual orientation or gender identity as this constitutes unlawful discrimination. While the LGBTI-favorable outcome is cause for celebration, the case also provides interesting lessons on statute interpretation. The US Supreme Court is famous for being viewed as a highly political body, eternally split along the lines of conservative-leaning and “liberal” or progressive judges. Whether a Justice is seen as belonging to one or the other camp is mostly determined by considering which US President appointed the respective Justice, as well as their preferred methods and tools of legal interpretation. To those superficially keeping an eye on the effect of Justices’ political affiliations on their rulings, it might have come as a surprise that Trump-appointee Justice Gorsuch was one of the six Justices of the 6-3 majority opinion. Justices Alito and Kavanaugh, appointed by George W. Bush and Donald J. Trump respectively, delivered dissenting opinions.

While Justices Gorsuch, Alito and Kavanaugh follow similar methods of Constitutional interpretation, their different opinions appear to arise from deviant views on the correct interpretation of the word “sex”, providing reason to examine the methods of interpretation as well as their possible future impact on LGBTI-rights.

The ruling concerns three individual cases. Two applicants had been fired due to their sexual orientation as gay individuals whereas the third applicant had been fired due to her transgender identity. All claimed to have suffered from discrimination in violation of Title VII of the 1964 Civil Rights Act, which prohibits employers “to… discharge any individual, or otherwise to discriminate against any individual with respect to his compensation, terms, conditions, or privileges of employment, because of such individual’s race, color, religion, sex, or national origin.”

The majority opinion touches on three important points regarding Title VII: a) that in 1964, similarly to today, the act of discrimination was defined as making “a difference in treatment or favor (of one as compared with others).”, b) that the act of discrimination regards such towards individuals and not solely towards (marginalized) groups as a whole and c) that the applicable constitutional standard is the one of “but for causation” from Gross v. FBL Financial Services, Inc., which implies that the basis of discrimination need not be the only reason for the unfavorable treatment by the employer as long as it would have not happened “but for” the employees race, color, religion, sex or national origin.

Note that Title VII mentions neither “sexual orientation” nor “gender identity” explicitly, leaving “sex” as the only possible basis for discrimination under the aforementioned statute. Considering this and the mentioned principles, the Court found that the applicants had been intentionally discriminated by their employers on the basis of “sex”.

Textualism, Originalism and Discrimination on the basis of “sex”

The novelty of this case thus consists in that a violation of Title VII was found although it neither mentions “sexual orientation” nor “gender identity”, although the applicants claimed to have been discriminated on behalf of one or the other. Considering that Justice Gorsuch is seen as a textualist, or originalist, raises the question of how he (along with the other five Justices) reached this conclusion. Originalists believe that “the Constitution’s original meaning is fixed”, whereas living constitutionalists view the Constitution as something dynamic, flexible and “living”, meaning that its interpretation has to depend on and respond to changes in circumstances and values. Originalists interpret law by examining the wording and considering its original meaning at the time when it was passed, without putting it into the context of societal, technological or other developments.

Herein lies the core of the dispute on the interpretation of “sex”: how was the word originally understood, how is it understood now, and which meaning is decisive? In this respect, the dissenting opinion of Justice Alito points out that the original meaning of the word “sex” referred to the biological differences between the binary genders of female and male. He goes on to find that there is no tie between “sexual orientation” or “gender identity” and the “two sexes”. Invoking famous Originalist Justice Scalia and his methods of interpretation, he rules out a discrimination based on sex in the present case due to the fact that “sex” could not have been understood as encompassing sexual orientation or gender identity when the law was passed.

Gorsuch on the other hand finds that “it is impossible to discriminate against a person for being homosexual or transgender without discriminating against that individual based on sex”, explaining that one has to consider the sex of a person in order to determine whether they have a same-sex orientation or transgender identity in the first place. In a major distinction from the dissenting opinions, Gorsuch does not consider the intent or viewpoint of the 1964 Congress nor does he give weight to the question of how ordinary people would have interpreted the term “sex” back then. This is where an important trait of textualism comes into play – where the law is ambiguous, it must not be interpreted literally but in the context of how it was originally understood. Interestingly, Gorsuch sees no such need as he deems the statute not to be ambiguous for the reasons outlined above.

This shows that Justices with similar views on Constitutional theory do not necessarily reach the same conclusions when applying those theories. The present case is a good example of how a dispute on whether the law is ambiguous can lead to differing results among textualists.

Takeaways in the Context of LGBTI-rights

First and foremost, greater protection in the field of antidiscrimination law is almost always the result of hard work by marginalized groups and is thus to be commended in general. The ruling of the US Supreme Court could and hopefully will have a large impact on the interpretation of other statutes that only mention “sex” as a ground for discrimination, such as the Federal Fair Housing Act. It will already create considerable positive change as it is, since the workplace has been a large field in which almost all LGBTI individuals are involved without ever having had the protection of the law which this ruling now provides.

However, one must also consider the limitations that still exist in the legal sphere when seeking protection for LGBTI individuals and groups, namely the struggle of the judiciary to properly understand terminologies and experiences of the community. In fact, the entire case was dealt with based on the assumption that “sex” only regards the genders of male and female. It remains unclear how protection from discrimination based on “sex” can be sought for people with intersex variations or non-binary identities.

It can only be hoped that not only the Supreme Court, but courts in general will improve and correct their understanding of gender and sexual orientation. Apart from that, one will have to turn to the legislature in hope of broader protections, such as by the Equality Act, which is currently being considered by the US Senate.