Friendliness in Times of a Pandemic 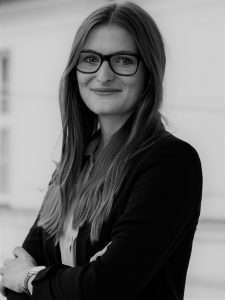 Without doubt, the current Covid-19 pandemic constitutes the greatest crisis in modern times since WW II. People are facing difficulties to maintain strong relationships in times of isolation due to general restrictions of social contacts. Besides, also interstate relations are put to the test and UN Secretary-General Guterres or WHO Director-General Ghebreyesus have alreadystressed the importance for nations to cooperate and to act in solidarity as the only way out of the pandemic. Also, Special Rapporteur Douhan Alena, emphasized the need for friendly cooperation in her guidance note. Thereby, she has provided for new perspectives of what cooperation and hence, genuine friendly relations mean.

Interstate Relations during the current Crisis: Anything but Friendly

Despite repeated calls to promote multilateralism by the UN, states have often chosen to act unilaterally and not only maintained but, according to the Special Rapporteur on the negative impact of unilateral coercive measures on the enjoyment of human rights, Douhan, even expanded unilateralism. Whether it is closing borders, blocking trade routes, withholding medical supplies or humanitarian aid, denying financial benefits, and even in the current situation of distributing vaccines (“vaccine nationalism”): unfriendly unilateralism is usually preferred over global cooperation. Powerful actors, such as the EU or the US, often impose unilateral sanctions and take advantage of their dominant positions. Usually, targets of these acts are poorer countries, as for example Syria or Venezuela, which are losing out in the fight for vaccines or medical products.

Instead of cooperative joint action, states seek to find scapegoats among themselves, compete with each other over the distribution of medical resources, and thereby make a global response to the pandemic impossible. Additionally, such behaviour has devastating effects on individuals living in targeted countries, since such national unilateralism deprives people of the enjoyment of fundamental human rights and thus, even worsens the pandemic.

The Principle of Cooperation according to the Friendly Relations Declaration 1970

Instead of such unfriendliness, the current situation calls for friendliness among states. However, what does that mean? When speaking of friendship and friendly relations, as the name suggests, the Friendly Relations Declaration (FRD) comes into mind. As early as in 1970, the Declaration laid down the most important principles that should serve to maintain peaceful coexistence and to foster friendly relations among the states. Hence, the normative standards established by the FRD are being questioned in times of crisis and are gaining new significance in many respects.

In particular, the principle of cooperation has become very important. First enshrined in the UN Charter (see Arts. 1 (3), 55 and 56) and then consolidated as one of the fundamental principles of international law in the FRD, it stands out among the other principles due to its structural feature. Thus, cooperation does not, as usual in international law, impose a prohibition, but rather promotes active action on the part of states. Hence, cooperation as a positive rule demands for active engagement in friendly relations. In today’s pandemic, this means to act multilaterally, as for example by way of joining the World Health Organization (WHO), which provides for a system to coordinate and organize fighting against the pandemic, or to participate in the fair distribution of vaccines by joining COVAX.

However, the principle of cooperation has taken on a new, deeper meaning because of the crisis. In this regard, Special Rapporteur Douhan released a statement in December 2020, which points out the devastating effects that unilateral sanctions might have on citizens of targeted states. Moreover, she determines the extent to which solidarity and cooperation are sufficient. Accordingly, friendly cooperation does not only mean to act multilateral but also requires refraining from unilateralism. Thus, states must put an end to any kind of sanctions that may prevent other states from fighting the pandemic. Even if international law gives states a wide margin of discretion and freedom to legally act unilateral, thus to impose sanctions, secondary sanctions or to classify certain acts as unfriendly, this must be stopped. Therefore, cooperation is not only about acting together but also about states putting aside their own claims and sovereign powers for the common good. Accordingly, acting truly friendly and to maintain friendly relations means to cooperate and thus, to abstain from any kind of unilateralism.

Additionally, the duty to refrain from unilateral acts does not only concern those, which directly target the health sector. Instead, a more comprehensive approach is necessary. This is because any form of unilateralism, economical, financial or trade embargos, they all weaken the affected state and make it more difficult to fight the pandemic effectively. As for example, the financial and economic US sanctions against Cuba targeting all sectors, limit the possibility for the latter to respond to the crisis. Therefore, even if unilateralism does not directly aim at preventing states from fighting the pandemic, in the end they do lead to a situation, in which it is impossible for the targeted countries to guarantee their citizens medical care, to import medical products or even to provide basic food.

Acting truly friendly in Times of a Pandemic

In her guidance note, Douhan has clearly defined what it means to act in the spirit of the principle of cooperation and hence, what it means to maintain truly friendly relations. Accordingly, this has also deepened the understanding of the latter. Thus, friendly cooperation means to actively engage with others but also to refrain from unilateralism. Even if such acts do not violate international law and constitute mere unfriendly acts, they might indirectly weaken other states as well as have negative impact on their citizens. Hence, friendliness in international law, especially in times of a pandemic, is about dealing with each other with mutual respect and to set aside sovereign powers to certain extend. Even if unilateral action can contribute much to international law and may be a useful tool helping to enforce or make the law, in times like this cooperation and friendliness are more important. During a pandemic, it is always good to have friends. Even for states.