Hiding police violence through the use of Law, or the rise of authoritarianism in France 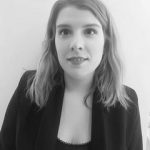 Article 24 of the new Global Security Bill, currently discussed in French Parliament, aims to prohibit the sharing of a police officer’s face or identification, with the aim of causing them physical or psychological harm. Officially introduced in order to protect police officers’ privacy, this article would most likely limit the possibility of recording episodes of police violence, which is currently an endemic problem in French society. Art. 24 is just the tip of the iceberg, though: it is representative of the current trend of limitation of civil and political liberties through the use of Law, that is characteristic of President Macron’s governance.

On November 21, 2020, Michel was walking back to his office in the streets of Paris. He wasn’t wearing his mask, which is mandatory since October 2020 in France. He came across police officers in the street, and to avoid being fined, he quickly entered his office, followed by the police officers who started hitting him violently, during some endless minutes. The recording of this new episode of police violence was first shared by the media ‘Loopsider’ and subsequently widely shared on social media. It created shock among a large public, as many videos of police violence did over the past three years.

However, sharing videos of police violence could soon be prohibited by law, in France. If Art. 24 of the ‘Loi sur la sécurité globale’ (Global Security Bill) was adopted by the Parliament, ‘publishing, by any means and in any medium, the face or any other identifying feature’ of a police officer or gendarme ‚with the aim of manifestly causing them physical or psychological harm’ would be forbidden. This provision was introduced in a context where images and videos of police violence have been shared massively on social networks. It follows both a rise in the illegal acts of violence committed by police officers in the exercise of their duties, especially during and in the afterwards of the ‘yellow vests’ movement, and the new mass use of smartphones that enable any citizen to record acts of violence committed by a law enforcement officer, and to share it as proof of power abuses.

The difficulties to prove illegal violence without videos

Outside of the orders of their hierarchy, French police officers are bound by the principles of ‘necessity’, ‘proportionality’, and ‘reversibility’. The use of force by representatives of the police is possible only if circumstances make it absolutely necessary for the maintenance of public order. The force deployed must be commensurate with the disorder to be ceased and its use must end when the disorder has ceased (Articles R211-13 and L211-9 of internal security code). If police officers do not follow these legal principles, they face criminal prosecution.

Disproportionate, and thus illegal police violence used to be extremely difficult to prove though, and this difficulty seems to have helped to protect police officers from prosecution. A – too important – number of unresolved cases involving the death or the lifetime disability of ordinary citizens after being arrested by the police deal with contradictory narratives, between, on the one hand, the police officers who claimed to have acted within the framework of the Law, and, on the other hand, the victims, the witnesses, or even the journalists who investigated the facts, who decry disproportionate violence (See for example, Le Monde, Le déroulé des évènements qui ont conduit à la mort d’Adama Traoré; Le Monde, Affaire Théo, La démonstration implacable d’une lourde série de manquements policier, 24 novembre 2020). The recordings of altercations between citizens and police officers have been extremely helpful to uncover the widespread issue of police violence in the first place. The new ban under Art. 24 would limit the possibility of sharing any element of identification of an official of the national police, because the aim of damaging physical or psychological integrity could easily be pleaded and established. The risk of sanction following the recording of police officers’ intervention could in itself cause anxiety, and be pleaded as damaging police officers’ psychological integrity in the Courts (See Ajji, Kamel: The Rise of a Dissuasive Democracy in France: Intimidating the press and the public from reporting about police operations would set democracy off-air, VerfBlog, 2020/11/28). It would thus create an important chilling effect: ordinary citizens would probably be afraid to share their recordings of police violence in fear of being prosecuted in return.

Many journalists complain that they themselves were victims of police violence during demonstrations. Abuses often include the destruction of their material, and thus destruction of the videos or pictures proving police violence. This clear breach of their press freedom was not taken seriously by the Minister of Interior who suggested that journalists could contact the authorities before covering a protest in order not to be abused. His declaration reflects a troubling misunderstanding of press freedom, namely to be able to cover an event without being abused by the police, and without notifying the public authorities which events journalists wish to cover. Article 24 in its current version would most certainly limit Journalists’ press freedom, and subsequently, French citizens’ freedom of information even more.

The tip of the iceberg: one of many limitations of citizens’ political freedom

After the ‘Michel case’, the Minister of Interior announced an independent commission entrusted with redrafting this provision. No change to this new law will be adequate to stop the rise of authoritarianism, however. French society is shaken by the adoption of several laws that reduce civil and political liberties, and Art. 24 is simply the tip of the iceberg. This new law on global security is indeed representative of what some French scholars have designed as a normalization of the State of Emergency in France, after the 2015 terrorist attacks in Paris (See in particular CREDOF, Ce qui restera toujours de l’urgence, Rapport de recherche, 2018). This normalization implies a multiplicity of exceptional State interventions which must be understood as a circumvention of the generality of the law in the name of the singularity of situations. For example, the ‘Strengthen and guarantee the maintenance of public order during demonstrations bill’, whose adoption followed the ‘yellow vests’ movement, aimed to reinforce the sanctions that could be taken against protestors. Article 3 of this Law provided the State’s representative in a given territory with the possibility of prohibiting a citizen from joining a protest. The Constitutional council censored this article on the basis of a breach of the constitutional separation of power and of freedom of speech, but it did not censor the ban on covering all or part of one’s face during a protest which is now punishable of up to one year imprisonment (Conseil Constitutionnel, Décision n° 2019-780 DC du 4 avril 2019).

Likewise, the ‘Research programming Act’ that was adopted in November by the Parliament punishes of up to 3 years of imprisonment to ‘enter or remain within the confines of an institution of higher education without being entitled to do so […] or having been authorized to do so […] for the purpose of disturbing the peace or good order of the institution’. This provision aims to prohibit a form of protest that has been used in France since May 1968, namely the interruption of classes in amphitheater in order to publicise a political issue.

These legislative interventions are officially presented by the power as designed to improve the security of the citizens and reduce uncertainty to a minimum. But they also reduce the political freedom of different groups of population and taken all together, they make it harder for the citizens to criticize the government’s decisions and hold them accountable, which is yet the main aim of the rule of law. 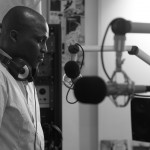 „I don’t believe in no.“ Eight questions for… Larry Moore Macaulay

15. November 2016
Recht lehrreichRecht persönlichTagungen
campsFreedom of ExpressionLampedusa in HamburgLarry MacaulayRefugee Radioreligious tensions
Founder and chief editor of Refugee Radio Network von CHRISTOPH TOMETTEN At conferences, an active engagement with the perspective of refugees and migrants is often sorely missing. More often than not, there is a lot of talk “about”, but little interaction “with” them. To give an appropriate space to their…
Weiterlesen