Implementing Democracy Using Human Rights: the Limits of the Judicial Power in Russia and Germany 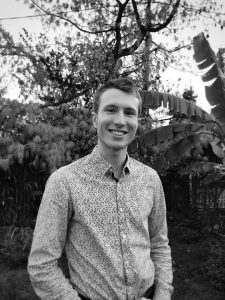 Modern and contemporary political philosophy usually presents as necessary for a democratic system to have three distinct and independent powers (such as in article 16 of the Declaration of the Rights of Man and of the Citizen, 1789). The second reason is that democracy is based on the affirmation and enforcement of rights. According to the general view, the minimum set of rights is the Magna Carta: human rights. I see a lot of flaws in this association between democracy and human rights. However, according to modern constitutions and other fundamental texts, there is a general opinion that a democracy defends human rights and that human rights are to be established for a democratic regime to be born.

I would like to think about the situation where courts are thought of or were even designed to enforce democratic regimes by enforcing human rights. This analysis shall be conducted by referring to two examples: post-war Germany and post-soviet era Russia. It is by no means a formal comparative law study. I rather believe both countries to have seen their political framework redefined by totalitarian regimes and, therefore, to have faced similar democratic challenges after the fall of said totalitarian regime.

Two main opinions can be distinguished about the role of constitutional courts in democratic transitions. First, courts have means to implement their decisions. That makes the judicial power dependent on institutional cooperation of other powers. The second view is that this institution has some influence after all: it is a necessary tool to create habits within the institutional life and the political culture.

Our thesis is: courts can play a role by spreading and implementing fundamental rights in daily judicial life. But only if they can rely on a favourable institutional equilibrium that allows them to implement their decisions.

The need of an institutional cooperation

One of the biggest issues in terms of democratisation in today’s Russia is the non-implementation of Constitutional Court’s decisions. They are „subject to the political will“ (Boisseau, 2011). Two forces resist this implementation: ordinary courts and the local bureaucracy (Smith and Sharlet, 2008). There is a clash between constitutional principles created by the RCC and bureaucratic norms from the USSR time. Again, quoting Alexei Trochev: „in sum, fearing no punishment for non-compliance, politicians, bureaucrats and regular courts applied secret government instructions instead of the RCC judgements“ (ibid., p. 74). A single court in a hostile institutional environment cannot create democracy. Trochev (Ibid., 2008, p. 70) explains that even the Supreme Court refused to apply a decision of the RCC. The latter had to wait for a political intervention to implement its decision.

The non-implementation of human rights within a democratic State is problematic as it appears that the only way to do so is to use force and violence. The comparison with Germany is enlightening. Since the country was occupied, there was a reasonable justification to implement decisions: the fear of the American „punishment.“ Punishment because of the foreign armed forces on its territory but also because of the economic pressure: strategic and institutional constraints allow it to implement fundamental rights.

The argument seems to justify foreign interventions in non-democratic countries to implement democracy. O’Donnell and Schmitter (1986) saw this point since they pointed out that in cases of foreign occupation, democratic transitions are more likely to succeed, although this question is highly controversial within scholars (see for instance the debate concerning the US intervention in Iraq). However, Courts also have a role to play; but in Russia and Germany, they played it differently. There is a difference of „means and prestige“ (Boisseau, 2011) that comes from history: there is, in Germany, a tradition of jurisprudence as law producer that does not exist in Russia. It is therefore as much a question of institutional equilibrium as of political culture. Furthermore, external influences were radically different.

Exterior factors and dependence of the institution support the idea that Courts do not play any role in democratisation processes. Nevertheless, we think Courts do play a role which is comparable with the very functioning of Courts: they produce law by progressively building jurisprudence. Similarly, they implement democratic values little by little. There were, in Germany (Goeldel, 2005, pp. 165-178), two steps in the acceptance of liberal democracy: first, „a distanced and passive acceptance“ in the 1950s, and second a „new political, democratised and liberalised, culture.“ This process is well described by the concept of civic culture (Almond and Verba, 1963). We think that, in this process, Constitutional Courts play a part since „judges face the challenge of educating” (Trochev in Smith and Sharlet, 2008, p. 53). First, courts progressively give legitimacy and reality to human rights. This is Baudoin’s main idea in her 2010 article: the RCC played an ambiguous game to promote human rights. Quoting the ECHR and other international treaties or even the principles stated in the Constitution, gives them legal and political legitimacy. Secondly, it creates habits within the institutions and within the population by implementing small changes in the administration. The RCC decision n°6-P of 2002 forced the Putin’s administration to make it possible for anyone to be judged before being incarcerated, using, as a justification, the article 5 of the ECHR.

In Germany the process was different: the German people had to learn democracy again after twelve years of Nazism. There was a need for a “reappropriation of those values” (Goeldel, 2005, p. 25). The main effective tool was the Verfassungsbeschwerde. This procedure enables anyone to seize the GCC when one considers that a law, on behalf of which one is accused, is unconstitutional. As anyone can seize the highest jurisdiction of the country for constitutional issues, constitutional law and more generally human rights and fundamental principles have become parts of the more general political culture. The spread of democratic values can be said to be successful: they became a normality in legal practice as it is now the dominant procedure (Bundesverfassungsgericht – Verfassungsbeschwerde)

In a word: Courts cannot act on their own to promote democratic values and rights, but they have a role to play if there is a favourable institutional equilibrium. The issue in today’s Poland and Russia is the total absence of autonomy of Constitutional courts. But as Hart said: “the only idea of applying a general rule of law contains at least the seed of justice” (The Concept of Law, 1961, p. 206). 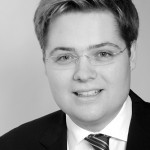 4. April 2016
Recht kulturellRecht politisch
DemocracyDeutscher BundestagImmunityMatthias FrieheParliamentTransparency
von MATTHIAS FRIEHE The flash lights of the mass media guarantee us parliamentary transparency, but they also inevitably transform the plenary into a stage and MPs into heroes and villains. When the German Green Party politician Volker Beck lost a package containing a suspicious substance during police checks on the…
Weiterlesen