The implementation of the „Hotspot Approach“ and the EU-Turkey Statement in Greece: A crisis contained, but not over 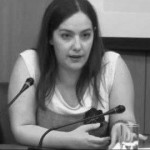 In 2015, Greece found itself in the middle of the big corridor of escape created by displaced people who tried to reach Northern Europe. The “hotspot approach” was one of the measures introduced by the European Commission as a model of operational support by the EU agencies to Member States facing disproportionate migratory pressure, with the aim to help them to swiftly identify, register and fingerprint migrants, and support the implementation of relocation and returns, in the context of what was called the “refugee crisis”.

In this context of crisis – which was mostly a reception crisis and one of the rule of law, not a refugee crisis –, Greece became the primary Member State to implement the “hotspot approach”. EU officials had expected that the Council decision for relocation on September 2015 would instantly channel the flows to this legal, yet slow and untested, option; an assumption that neglected both the inherent flaws of the relocation system and the quite understandable lack of trust of refugees in the system. So, it did not – at least not within the timeframe EU officials expected. Within the crisis framing panic, this constituted a turning point: during the following months, the EU engaged in consecutive attempts to circumvent its own decision-making.

Greece has ever since found itself in the middle of a continuing process where the EU attempts –through its executive branch, namely the Commission and its ad hoc “initiatives”– to intensify the externalization of migration management through by-passing formal institutions and accountability mechanisms. Contrary to the dominant narrative, this process was not inaugurated with the EU-Turkey deal, but had a “predecessor”: the Western Balkan Route Summit.

On October 25th, 2015, leaders representing Albania, Austria, Bulgaria, Croatia, Macedonia, Germany, Greece, Hungary, Romania, Serbia and Slovenia met in Brussels and agreed to “improve cooperation between the countries along the route and decided on pragmatic operational measures that can be implemented as of tomorrow to tackle the refugee crisis in the region”. The main target of this meeting was to limit secondary movements and to strengthen border control along the Balkan route. A stated priority was also “finalizing and implementing the EU-Turkey Action Plan”.

Since then, we witnessed a gradual closing down of the borders of the Western Balkan route, which eventually led to the EU-Turkey deal. In November 2015, Macedonia, Serbia, and Croatia began to restrict passage through their territories, allowing only asylum seekers from Syria, Iraq and Afghanistan to cross their borders. This followed Slovenia’s decision the day before not to allow passage to people from other countries, such as Iran, Eritrea, Somalia, Libya, Pakistan, Morocco, and Algeria. In January 2016, Macedonian authorities added an additional requirement, allowing Syrian, Iraqi, and Afghan asylum seekers to enter the country only if they intended to travel on to Germany or Austria. The Macedonian border was closed completely on March 9th, 2016, thus blocking the Balkan route.

What the EU-Turkey Deal is actually about?

The EU-Turkey deal came into force in March 2016. According to the Council’s press release –which is actually the only text ever made public – the “EU Heads of State and Turkey agreed to end the irregular migration from Turkey to the EU and replace it instead with legal channels of resettlement of refugees to the European Union.” Since March 20th, 2016, migrants who do not apply for asylum in Greece or whose applications are declared unfounded or inadmissible are bound to return to Turkey. The legal basis for returning people are the “first country of asylum”and the “safe third country” rules. These returns are assumed to be in line with EU law, however this assumption was mostly an outcome of a political decision rather than a policy based on evidence from the field.

It must be stressed that what has changed with the EU-Turkey deal is not the legal basis – the notions of “safe third country” and of “first country of asylum” already existed in the Greek asylum legislation; the main shift was the introduction of an accelerated border procedure combined with high political pressure to perform returns, even by circumventing procedural safeguards. The new legislation introduced (Law 4375/2016) provisioned this border process; it also introduced the “hotspots” in the Greek legislation, though less as an “approach” and more as a prerequisite for returns; namely, a detention facility.

Apart from lowering protection standards  and circumventing accountability, the generalized detention and geographical restriction of the population on the islands has created a new humanitarian disaster. This policy is presented by Greek authorities as the only way to enforce readmissions, although in practice it mostly constitutes a gesture of deterrence to desperate migrants in Turkey considering to board a boat. Combined with the slight, yet significant, shift of the arrivals and the coming of winter, they will definitely prove catastrophic if not revised.

At the same time, although the Commission celebrates the number of refugees resettled under the “1 for 1” rule (8.834 Syrian until 4/9/2017), this statement can actually be interpreted in the opposite direction, especially if combined with the steady increase in the flows. If the EU does not apply a bold resettlement scheme, the dangerous journey to Europe will remain a better option for refugees and migrants – and the frontline countries will be once more left to clear up the mess.

According to the dominant portrayal, the ‘refugee crisis’ has started around spring 2015, reached its climax in autumn 2015 and has been gradually fading out ever since. Yet the crisis is just temporarily contained: the dominant crisis narrative has obscured the very real humanitarian crisis, which continues unabated at Europe’s Mediterranean Sea borders. If EU countries continue to trade legal obligations under international law with voluntary humanitarian gestures and people in need of international protection remain without serious legal pathways towards the EU, the long list of tens of thousands deaths in the Mediterranean sea will only grow bigger.

Eleni Takou is Deputy Director and Head of Advocacy in the newly founded Greek organization HumanRights360. Her contribution is part of a series of three articles regarding the EU-Turkey Statement and the EU Hotspot Approach in Greece – analyses by CATHARINA ZIEBRITZKI as well as by CLARA ANNE BÜNGER and ROBERT NESTLER will follow. 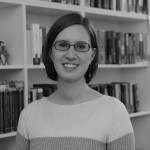 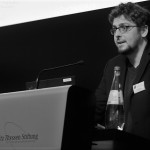 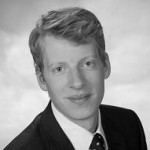