Can’t get no just satisfaction? 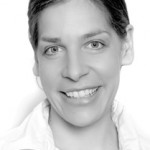 In the summer of 1974, Turkey started a military intervention in Cyprus. In the subsequent four decades, Cyprus initiated four inter-state applications against Turkey under Article 33 of the European Convention on Human Rights (ECHR). The conflict and the continued military presence in northern Cyprus also gave rise to numerous individual applications under the Convention, e.g. Loizidou and Varnava and others.

The fourth inter-state case between Cyprus and Turkey came to a formal end with the just satisfaction judgment of 12 May 2014: the European Court of Human Rights awarded 90 million euros in non-pecuniary damages to the victims of the blatant human rights violations in Cyprus. The designated beneficiaries are the relatives of 1,456 missing persons as well as the enclaved Greek-Cypriot inhabitants of the Karpas peninsula.

The award was heralded as a statement with punitive character in a concurring opinion of the judgment. The reputed award of punitive damages, however, is not the distinctive feature of the case. Rather, the judgment should be seen as an unprecedented but coherent extension of Article 41 ECHR to large-scale human rights violations in the context of inter-state applications. The Court made clear that the designated individuals are the ultimate beneficiaries of the award.

The inter-state application under Article 33 ECHR

Article 33 ECHR empowers any member states to “refer to the Court any alleged breach of the provisions of the Convention and the Protocols thereto by another High Contracting Party.”

The potential scope of the inter-state application is comprehensive. States have the right to address systemic failures in other member states. They also can impugn military regimes as was done in the Denmark, Norway, Sweden and the Netherlands v. Greece cases of 1967/68. With respect to the possible protection of individuals, the inter-state application is to a certain extent similar to diplomatic protection, for example inasmuch as domestic remedies have to be exhausted.

However, the inter-state application differs in certain key aspects from the traditional rules under diplomatic protection. First, the range of potential beneficiaries is not limited to the nationals of the applicant state: member states can use the inter-state application in favor of individuals regardless of their nationality. Individuals can be protected even against their own state of nationality, as for example in the 1963 Austria v. Italy case. Second, the monetary compensation under Article 41 ECHR is not awarded to Cyprus as a state, but is to be distributed among the individual victims.

In the Cyprus v. Turkey case, the Court’s toolbox with respect to just satisfaction was used for the first time in a context of large-scale human rights violations in inter-state proceedings.

The Court explained (§ 42) that the type of complaint determines the possibility of an award of just satisfaction, underlining its approach to decide on a case-by-case basis. The guiding factor to determine the appropriateness of an award of just satisfaction is whether the victims can be individualized. Accordingly, complaints against systemic failures and administrative practices do not warrant compensation. In contrast, those cases which address human rights violations of individuals can lead to an award of monetary compensation. The Court, in § 45, identifies the category of inter-state applications with a strong similarity to diplomatic protection cases as one possible type of case under Article 33 ECHR that can give rise to a just satisfaction award. The award in the case at hand is in favor of two specific groups of individual victims (§ 47): the relatives of the 1,456 missing persons and the inhabitants of the Karpas peninsula.

The Court refers to general international law of state liability (§ 40) which left a formative imprint in the just satisfaction rule enshrined in the Convention. The Court also refers to the 2006 Draft Articles on Diplomatic Protection. The judgment does not, however, contain a progressive reading of Article 19 of the Draft Articles on Diplomatic protection. The possibility to award just satisfaction to individuals is not borrowed from the Draft Articles, but is the result of the interpretation of the European Convention of Human Rights. The Convention specifically allows the Court to award compensation to the injured party, Article 41 ECHR. The provision (ex-Article 50 ECHR) was already part of the Convention in 1950, at a time when the inter-state application was the default supervision mechanism of the ECHR.

The injured party in individual applications is the individual, not the State. The same is true in inter-state proceedings. Given that the potential scope of inter-state applications is much broader than the patterns in which diplomatic protection exists, a direct “borrowing” from the Draft Articles of Diplomatic Protection would unduly limit the possibilities under the Convention to award just satisfaction.

The inter-state application is special in more than one way. The potential scope of application is broader than the traditional box of diplomatic protection. In addition, the legal consequences differ from the ordinary rule that the State is the recipient of an eventual monetary award.

Why does the Court refer to general public international law in the interpretation of Article 41 ECHR in the context of the inter-state application? The Court interprets the Convention, its yardstick. As shown above, the Court does not transplant the concepts of diplomatic protection into the Convention. Diplomatic protection is much more orthodox and limited regarding its possibilities to recognize individuals as the “injured party” or beneficiaries. The characterization of Article 41 ECHR as lex specialis to general international law in § 42 of the judgment might be read as a reminder to the comprehensive scope of the special, treaty-based inter-state application.

The award is nominally the largest in the history of the Convention so far. Put into perspective, it is not outside the existing range of non-pecuniary damages regularly awarded under Article 41 ECHR. 30 million euros are to be shared by the relatives of 1,456 missing persons. Broken down to each missing person’s relatives, the individual payments will be around 20,000 euros. These figures are comparable with the jurisprudence in the Varnava case, where 12,000 euros were awarded in non-pecuniary damages. Against the background of the costs of the continued military presence of 30,000 Turkish troops in Cyprus, the award is also not excessive.

Untapping the potential of inter-state proceedings?

The award of just satisfaction is secondary to the Court’s main task, which is to ensure the observance of the engagements undertaken by the High Contracting Parties, Article 19 ECHR. In essence, the Court’s judgments are declaratory. Article 46 ECHR allocates the task of supervision of the execution of judgments to the Committee of Ministers, thus a political body. The task to distribute the award falls to the Committee of Ministers and the Cypriot government. Practical difficulties which are to be expected are no cogent reason why the victims in the context of inter-state applications should not benefit from the acquis conventionel with regard to non-pecuniary damages.

The inter-state application has been used infrequently in the past six decades. Inter-state applications often are embedded in political and even violent conflicts. The protracted conflict in the Cyprus case shows that the success of the Convention, is, as it was sixty years ago, inherently depended on the cooperation of states.

The concurring opinion of judges Pinto de Albuquerque and Vučinić, who interpret the 90 million euro award as an award of punitive damages (§ 1, § 13 and § 19) is potentially counterproductive, especially against the background of the dismissive Turkish attitude which had set the tone for the proceedings. To bring an errant state back in line, after 40 years of conflict, will probably not be achieved by punishment. More importantly, the language of the concurring opinion will most likely also not help stimulate the payment of the award to the individual victims.

The objectivity and neutrality of the Court will be essential if it wants to be taken seriously as an arbiter in cases such as the one between Russia and Ukraine, especially when it asks for respect for interim measures in inter-state proceedings without being able to rely on a clear legal foundation.