Greece, Italy – and the Netherlands? 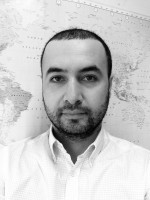 On 9 May 2014, the Verwaltungsgericht in Darmstadt declared that the transfer of a Somali national to the Netherlands in the context of the Dublin Regulation should be suspended because the applicant would run the risk of being subjected to inhumane treatment. The Dublin Regulation, which can be seen as the cornerstone of the Common European Asylum System (CEAS), provides which EU Member State is responsible for examining an asylum claim. The German judgment is another signal that should encourage the Dutch authorities to reconsider its current policy towards the most vulnerable people in our society.

The applicant whose asylum request had been rejected in the Netherlands and who later moved to Germany appealed against the Dublin-transfer to the Netherlands. The Verwaltungsgericht pointed out that if the applicant would be returned to the Netherlands, the applicant would run the risk of being subjected to inhumane treatment as he would not receive basic human needs such as food and shelter, as well as being denied access to the labour market. The Verwaltungsgericht refers to existing jurisprudence of the Bundesverfassungsgericht which ruled that Article 1(1) in conjunction with Article 20(1) of the Grundgesetz guarantees minimum living conditions (menschenwürdiges Existenzminimum) for every person on its territory.

In the days after, several Dutch newspapers commented on the judgment. The general attitude in the various news articles devoted to this judgment reflected the outcome as a well-founded criticism of the contentious Dutch policy regarding the treatment of rejected asylum seekers who are not guaranteed basic minimum needs. At the same time, in response to the judgment, the Dutch authorities reacted that it is premature to set conclusions concerning the Dutch alien policy based on a judgment from a lower Court in Germany.

According to the Dutch government, aliens who are actively willing to repatriate will receive accommodation from the authorities in order to realize their departure. Aliens without a lawful stay may, as an exception, have access to the necessary medical care, education or legal assistance. The Dutch Alien law provides that aliens without a lawful stay have 28 days to voluntarily depart from Dutch territory. During this period, they will receive accommodation. If the departure has not been realized after 28 days, they may be transferred to more restrictive accommodation (vrijheidsbeperkende locatie) in order to further realize their departure during a maximum period of 12 weeks with the assistance of the Dutch Repatriation and Departure Service (Dienst Terugkeer en Vertrek).

The Verwaltungsgericht, however, mentions in its judgment the organization ‘Kerk in Actie’ which has pointed out that even if asylum seekers are willing to cooperate with the authorities in order to facilitate their return, they are not provided with basic living needs.

In addition, the Verwaltungsgericht makes reference to the procedure of the European Committee of Social Rights of the Council of Europe, which declared on 25 October 2013 its preliminary ruling on the complaint submitted by the Conference of European Churches (CES) against the Netherlands (Complaint No. 90/2013) to hold that the Dutch government failed to fulfil its obligations under the Revised Social Charter (Charter) to respect the rights of undocumented persons to food, clothing and shelter. In response, the European Committee of Social Rights encouraged the Dutch government to take immediate measures to prevent serious irreparable harm to persons who are excluded from access to shelter, food and clothing. Moreover, in an earlier ruling, the European Committee of Social Rights held that the Netherlands violated the Charter because undocumented children were denied access to shelter.

Remarkably, in a letter to the Dutch Parliament on 8 May 2014 (the day before the judgment in Darmstadt was published), the State Secretary for Security and Justice, Mr. Teeven, denied that there were indications of procedures started by asylum seekers in Germany in order to suspend their Dublin-transfers to the Netherlands. Apparently, after seeking information by his German counterparts dealing with Dublin-transfers, there was no evidence confirming these procedures. Furthermore, the Dutch government reiterates that the Dutch policy on providing accommodation to aliens is in conformity with the decision of the European Committee of Social Rights.

The same day the letter was send to the Dutch Parliament, the Court in Amsterdam ruled that an undocumented migrant from Ghana has no right to social assistance, however, the authorities have a positive obligation to provide the applicant with basic minimum provisions such as shelter, clothing and food. The Amsterdam Court makes reference to the ruling of the European Committee of Social Rights of 25 October 2013.

The German judge issuing a suspension of a Dublin transfer to the Netherlands is unique because most of the Dublin procedures that appear at the national Courts in the Member States and at the European Courts are related to Member States that are located at the EU’s external borders such as Greece and Italy which have shortcomings with their reception system. However, one cannot simply compare the situation of asylum seekers in Greece or in Italy with the Netherlands. This does not mean to disregard the human rights situation of rejected asylum seekers and undocumented migrants in the Netherlands. The judgment of the Verwaltungsgericht has no direct implications for the Dutch alien policy. It does, however, confirm what has already been identified by several non-governmental organizations dealing with asylum seekers and undocumented migrants, and at the European level by the European Committee of Social Rights. Human dignity constitutes the basis of our fundamental rights, which must be respected and protected. The deplorable situation in which most of these vulnerable persons find themselves currently in the Netherlands has been addressed many times in Dutch politics over the past few years, however, no adequate solution has been adopted yet. It will be interesting to see what the German Immigration Service will further decide on this case and whether higher Courts in Germany will overrule this decision and approve the returning of the applicant to the Netherlands. 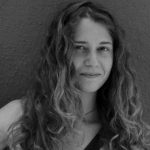 4. November 2013
Recht dogmatischRecht transnational
data protectionDatenschutzEvin Dalkilichuman rightsICCPRInternetIPbpRmass surveillanceMenschenrechteNSA
Von EVIN DALKILIC “One of the most disturbing aspects of the public response to Edward Snowden’s revelations about the scale of governmental surveillance is how little public disquiet there appears to be about it.“ But why should we care when most likely the majority of us will never even notice…
Weiterlesen