Climate is heated by fossil fuels whose extraction often causes severe damages both to nature and humans. If the law is to save the climate, it must therefore encompass both burning and extraction of fossils. The relationship between law and climate-protection has been rather difficult. Law – it seems – does not only fail at preventing environmental destruction, it sometimes even protects pollution. Therefore, in order to make the law more sustainable, substantial transformations are needed. The so-called Latin American Neoconstitutionalism provides several useful tools for such a new green law. How such law might look like in praxis can be learned from the Ecuadorian Constitutional Court’s judgement on the famous Chevron/Texaco case. The ruling lines out some innovations that might give rise to an environmental law capable of confronting today’s ecological threats, including climate change.

The damages caused by the oil extraction in the Ecuadorian Amazon by Texaco and its successors since the 1960s are one of the most devastating ecological disasters the planet has ever seen. Millions of gallons of crude and wastes were spilled. For decades, the Chevron saga has kept courts busy all around the globe. Recently the Ecuadorian Constitutional Court made its contribution to this never ending story by rejecting a constitutional complaint filed by Chevron Corporation in which the company tried to turn down the obligation to pay billions of dollars to the aggrieved parties (afectados) of the environmental disaster. Several Ecuadorian courts had considered the company liable for causing severe harm to both the environment and the indigenous and campesino population, a finding which was upheld by the Supreme Court in 2013. Shortly after the constitutional judgement was issued, the Permanent Court of Arbitration at The Hague condemned the Ecuadorian state to refrain from enforcing the judgments. I will focus on the Ecuadorian constitutional ruling, which is ground-breaking for environmental constitutional law and human rights. Furthermore, it demonstrates the normative force of the neoconstitutional model Ecuadorian Constitution which – far from merely being a “wish list” or a kind of “constitutional poetry” (“Verfassungslyrik”, here at p. 664) – forcefully aims at strengthening human and environmental rights.

Firstly, it seems appropriate to shortly sum up the Ecuadorian constitutional background. In 2008, shortly after president Rafael Correa had taken office a new constitution was enacted. This constitution (Constitución de la República del Ecuador, CRE) can be seen as a prime example for the so called Latin American Neo-Constitutionalism, a school that has steadily gained importance since the 1990s. Constitutions are considered as initiating power for a far range of social (and at least in the Ecuadorian case also ecological) transformations of the state. Neo-constitutional constitutions grant numerous social, collective, indigenous and ecological rights which are put on an equal footing with traditional liberal human rights. The CRE is even one step ahead for being the first constitution that recognizes nature as a bearer of rights. Additionally, it provides legal actions in favour of the environment (Art. 88, 71, 397 No. 1 CRE, cf. at length Guaranda Mendoza) as well as very strict environmental liability rules (Art. 396 CRE et seq.).

Scholars and activists have pointed out that courts often fail in implementing this paradigm shift (e.g. Guaranda Mendoza p. 129 et seqq.) and rather bolster the neoextractivist dogma of the government. At least for the present case, this critique misses the point. The judgement of the Constitutional Court clearly seeks the optimization of ecological and collective rights.

The court had to decide a so called acción extraordinaria de protección lawsuit, i.e. a constitutional remedy filed by Chevron in order to declare void the rulings which condemned the company paying reparations to the people affected by the environmental disaster. Thus, Chevron sued the Ecuadorian state, the afectados did not directly take part in the proceedings. Since the Ecuadorian Constitutional Court does not have the power to fully review the findings of lower courts, it limited itself to assess the constitutional rights which Chevron considered violated (cf. p. 55 et seq.). In accordance to that, the Court did not substantially review the alleged procedural fraud by the victims of which Chevron blames them. On the following, I will discuss some of the core arguments provided by the Court.

The Court thoroughly discussed the agreement which releases Chevron from liability vis-à-vis the Ecuadorian state, signed by Ecuador and Chevron (respectively its predecessor TexPet) in 1995 (p. 86 et seqq.). The agreement explicitly excludes private claims for indemnity brought forward by third parties; however, without specifying whether this provision should also apply to diffuse or collective claims such as those of the afectados. This did not trouble the Court: in fact, the CRE does not differentiate between individual and collective rights. The Court therefore explains that the agreement can only bind the parties, which are Chevron and the Ecuadorian state (pp. 94 et seq.). The state cannot dispose of its citizen`s fundamental rights. The Court somehow constitutionalizes the victims claim by tracing it back to the fundamental right to an intact environment (cf. pp. 91 et seqq.). Chevron, a private company, is bound by these fundamental rights mediated by environmental liability law. The state has no authority to derogate this commitment (p. 98).

Furthermore, Chevron invokes that the lower courts applied the 1999 Environmental Management Law (Ley de Gestión Ambiental, LGA) and the principle of strict liability in environmental liability cases retroactively (pp. 99 et seqq.). The company`s extractive activities at the Amazon had already ceased when this law was adopted. However, Art. 43 LGA increases indemnity in environmental liability cases by 10% over the real amount of damage, and therefore enables victims to claim a kind of punitive damage. Additionally, the courts applied strict liability, which is now also provided by Art. 396 CRE in environmental liability cases. Hence, it is not relevant whether Chevron acted negligently; which used to be a severely disputed topic in former lawsuits. The Constitutional Court had to decide whether these newly established principles could be applied to the present case. It tried to balance Chevron`s legitimate interest in legal security and the afectados’ interest in compensation (pp. 106 et seqq.). The latter gains further weight through the in dubio pro natura principle which plays an important role within the 2008 Constitution (pp. 107 et seqq.). This principle states that in case of doubt, legal rules must be interpreted as favourable for the environment as possible. The court holds true that in dubio pro natura and the environmental rights granted by the constitution overrule legal security and allow the retroactive application on legal rules in this specific case (p. 112).

Apparently frightened by its own statement, the Court now tries to downplay the retroactive character of the LGA and the application of the strict liability doctrine. Strict liability in case of hazardous activities was well known by the Ecuadorian Civil Code when Chevron started exploitation (pp. 114 et seq.). According to the Court, the CRE itself does not establish strict liability but only concretizes an already existing concept (p. 115).

The Court also uses the so-called continuing injustice argument which might revolutionize environmental liability law (pp. 110 et seqq.). The judges hold true that damages occur from the beginning of Chevron`s harmful conduct till today and might even aggravate over the years (p. 111). The non-reparation therefore continuously harms the afectados and the environment. We thus do not need to go back in time and apply current laws retroactively for the infringements keeping on occurring right now. In dubio pro natura requires us to apply the laws which mostly favours environmental protection, which in the present case are LGA and CRE. The possible consequences of applying the continuing injustice argument to environmental liability law can hardly be overestimated. Strictly speaking, courts in most cases had to apply the current laws, at least if the legislature takes the non-regression principle in environmental law seriously.

Chevron also finds that the lower court’s judgments impaired its legitimate faith in the 1995 agreement and the legal norms prevailing in the times of oil exploitation at the Amazon. The company`s legitimate expectations were supposed to form so called “acquired rights” (derechos adquiridos) creating a legal position which is protected against privation by the constitution. The court apodictically rejects this line of arguments. So-called acquired rights cannot restrict the constitutional right to environment. The Court’s reasoning bases on the effective realization of the right to environment and the non-prescription of environmental liability (Art. 396 CRE; p. 112). In a nutshell: “[…] nobody holds an acquired right to pollute the environment […]” (p. 112, transl. AG). If we take this literally, consequences will be tremendous. Strictly speaking, mining concessions and the permission of industrial plants merely consist in granting such rights.

Whether the constitutional judgement opens a new chapter in environmental jurisprudence, remains to be seen. If its lines of reasoning are taken seriously, it definitely will. The Court undertakes promising efforts to overcome the shortcomings of environmental liability law by strictly stressing its interdependencies with human rights. It thereby underlines the CRE’s attempt of establishing a new understanding on human-nature relationships that is based on relationality and respect and tries to overcome the supposed dichotomy between nature and culture. Its neo-constitutional impetus is obvious since it is driven by the will to expand human and environmental rights as far as possible. 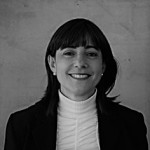 The Nexus between Old and New Minorities

6. Oktober 2017
Junges Forum ÖJK
Junges Forum ÖJKJunges Forum Österreichische Juristen-kommissionMinderheitenrechteRoberta Medda-Windischer
von ROBERTA MEDDA-WINDISCHER In international law, minority rights instruments have been traditionally conceived for, and applied to, old minority groups with the exclusion of new minority groups originating from migration. This blog argues that the extension of the scope of application of legal instruments of minority protection, such as the…
Weiterlesen