Is Bigger Always Better? What to Expect from Mega-Regional Trade Agreements

By EVIN DALKILIC and CHRISTOPHER FREY

While the proliferation of preferential trade agreements (PTAs) is not a new phenomenon, the past years have witnessed a trend towards more integration of major economic zones by way of negotiating “mega-regional” trade agreements. The emergence of mega-regionals like TTIP, CETA and TPP and their implications were the subject of a conference held on 23 and 24 October 2014 in Dresden, organized by the Chair of International, European and Public Law (Professor Thilo Rensmann) and the affiliated research project Global TranSAXion. The conference programme addressed the structural effects of mega-regionals on international economic law as well as more specific issues like intellectual property and effects on small and medium sized enterprises. Although the envisaged agreements were criticized for their lack of democratic legitimacy, panelists also illustrated opportunities for common proactive regulation on issues like environment and labour rights.

Neither New nor Preferential? – Mega-Regionals as PTAs

While mega-regionals clearly confront the existing architecture of world trade and investment law with some challenges, their structure and design cannot be regarded as revolutionary. From an international economic law perspective, mega-regionals represent merely a further stage of PTAs. Their innovation lies first and foremost in the economic significance of these agreements and the magnitude of trade flows they cover, as Professor Peter-Tobias Stoll pointed out in his key note address. The inclusion of investment protection chapters and, in the case of TTIP, the institutionalisation of regulatory cooperation, can also be considered as novel developments. One of the main criticisms of PTAs has always been their exclusionary nature and “by-passing” of the multilateral system of world trade law.

Professor Joost Pauwelyn, however, provided a rather surprising fresh look at contemporary PTAs, claiming that they are not so preferential anymore. Rather, they contain a number of issues that at least in practice extend to outsiders and, in that sense, provide public goods. As an example, Professor Pauwelyn mentioned the setting of common standards through mega-regionals that ultimately result in global standards. Professor Stoll, however, cautioned that this development may lead to a new form of hegemony in standard-setting, since the economic power of the players will compel third parties to adopt standards. Indeed, this expected effect threatens to circumvent the possibility of interested actors to participate in the negotiations of standard-setting as currently practiced in international standardising bodies.

Towards Further Fragmentation or Consolidation of International Economic Law?

Several panelists pointed to structural implications mega-regionals have for the existing world trade and investment architecture. In the field of investment law mega-regionals may have a consolidating influence on the nearly 3000 existing international investment agreements. In the multilateral system of international trade law, on the other hand, the ever-growing number of PTAs is by some perceived as a threat to the WTO. One major question concerns the interaction between the respective agreements. Professor Gabrielle Marceau addressed the relationship between dispute settlement in PTAs and the WTO. Numerous PTAs provide for dispute settlement procedures but, some exceptions aside, these mechanisms are rarely used. Professor Marceau also drew attention to the seven PTAs that contain a forum exclusion clause where parties have agreed not to bring a dispute to the WTO system once they have initiated proceedings under the PTA and vice versa. Due to the compulsory nature of the WTO dispute settlement procedure she found this to be incompatible with WTO law and also pointed to possibly arising legal uncertainties when retaliatory measures are imposed that might run counter to WTO obligations.

Professor Karsten Nowrot turned to the basic question of what will happen to existing BITs between states that conclude FTAs containing investment chapters, particularly when the obligations differ. He identified three possible scenarios: both agreements remain in force and are applied in parallel, both agreements remain in force with a mutual influence of substantive and procedural rules, or the existing BITs are terminated, as is planned in CETA (Art. X.07).

Stephan Schill and Professor Armand de Mestral demonstrated why the answer to this question may indeed have a very practical impact on ISDS. Stephan Schill addressed the scope of investment protection standards in mega-regionals and pointed out that the larger involvement of developed countries tends to result in more specific exceptions. This, in turn, leads to weaker protection reflecting the common denominator of the involved parties. Professor de Mestral confirmed this assessment in his presentation by identifying the trend – particularly in agreements between developed democracies – towards the increased inclusion of exceptions as well as interpretations on specific legal terms. During the discussion Professor Bryan Mercurio raised the question whether the termination of BITs could frustrate the legitimate expectations of investors and thus subject states to dispute settlement. While this possibility does not play any role in the current public debate on ISDS, it could certainly be a further source of criticism.

Mega-Regionals and Public Policy Objectives: Racing to the Bottom or Raising the Ambitions

Using examples from different regulatory areas, some panelists illustrated that PTAs do not necessarily lead to the lowering of standards or the neglect of legitimate policy objectives.

A number of more recent PTAs, including CETA, contain provisions on labour standards. As elaborated by Franz Christian Ebert, the respective provisions – while differing in scope – are usually binding and actionable in dispute settlement, sometimes even comprising a sanctions mechanism.

In line with previous PTAs concluded by the EU, the US and Canada, CETA and TTIP will contain chapters regulating environmental matters. Following recent practice of EU trade policy, a separate chapter on trade and sustainable development has been included in CETA (Chapter XX). By providing for an ambitious reduction of specific trade barriers for certain climate-friendly goods like wind turbines and solar panels, mega-regionals could contribute significantly to the mitigation of climate change. While the draft text of CETA does not reflect an ambitious approach in this respect, the examples nonetheless demonstrate that further economic integration does not necessarily entail the lowering of standards. Particularly when such agreements are negotiated between equals (regarding economic power, level of economic development etc.), they provide a notable opportunity to achieve precisely those policy objectives which many fear will be undermined by such agreements. Professor Robert Howse, who was not able to give his presentation in person but whose crucial arguments were presented by Professor Jim Mathis, illustrated this potential. He called for the inclusion of commitments to discipline environmentally harmful policies instead of merely providing for domestic policy space.

Achieving higher common standards and paying due regard to sensitive issues of public policy could certainly be promoted if civil society were to be more actively involved in the negotiations of mega-regionals. In his presentation Professor Ernst-Ulrich Petersmann heavily criticized the lack of democratic legitimacy regarding CETA and TTIP. He examined it from three different angles, focusing in turn on the negotiations, the conclusion and the implementation. He unfolded his appraisal that CETA and TTIP did not satisfy the requirement of democratic legitimacy on either level in light of the TEU (e.g. Arts. 10, 21) as well as the CFR (e.g. Art. 47). Professor Petersmann particularly pointed to the current practice of confronting the public with a completed text after years of secretive negotiations and objected to Art. 14.16 CETA which explicitly excludes private persons from invoking the agreement. He vigorously rejected this provision, referring to it as the “anti-citizen clause”, and instead called for the establishment of a “Common Market Court” that would not only be competent to hear claims from the CETA parties, but also from “an institution, or a natural or legal person”. This, in turn, would render specific provisions on Investor-State Dispute Settlement (ISDS) unnecessary.

Moving Forward in a Different Direction

The widely anticipated fear that TTIP and CETA will lead to lower standards for environmental and consumer protection and other public goods stems in part from the secrecy of the negotiations and the lacking involvement of the public. However, if civil society was actively involved, the agreements would offer not only risks but also opportunities for common proactive regulation in the public interest. The European Commission made a first step in that direction by publishing selected negotiating texts submitted to the US negotiators. A forward-looking 21st century trade agreement that would suit as a model for future negotiations between other major economic powers (like RCEP), however, will have to deliver more than currently anticipated and profess to public participation and individual rights. 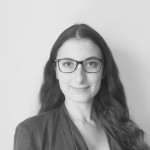 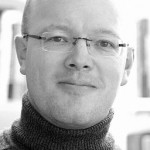 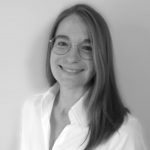