No Jurisdiction of the Holy See over the Catholic Church? 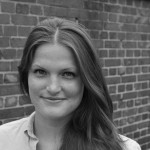 The UN Committee on the Rights of the Child (CRC) has been seeking detailed information on sexual violence against children by Catholic clergy around the world, its cover up within the Church and the denial of justice and compensation for victims. The scale of the abuse is huge, affecting countless victims around the world. As this was the first time that the Holy See, through its UN Head of Mission, was forced to speak out publicly about clerical sexual abuse of children since the scandal first erupted in the early 2000s, this periodic review of the Holy See by the CRC was no ordinary day in the office for its Committee members as well as victims of clerical abuse and children’s rights organisations worldwide. At the heart of the CRC’s review of the Holy See were the issues of transparency, access to justice for children and protection from violence – issues which are crucial to securing children’s status as individuals with rights.

The Holy See under United Nations scrutiny at last

The Holy See was up for review during the CRC’s 65th session on 16 January 2014. In a formal communication with the Holy See in July 2013, the CRC, noting “the recognition by the Holy See of sexual violence against children committed by members of the clergy, brothers and nuns in numerous countries around the world, and given the scale of the abuses…”, requested detailed information on all cases of child sexual abuse committed by members of the clergy, brothers and nuns or brought to the attention of the Holy See over the reporting period. This included reporting on whether the accused clerics were subsequently removed from further contact with children and which specific legal consequences were implemented, including notifying law enforcement bodies. Also, the Committee asked to be informed about the support and protection which the Holy See has offered victims of child abuse and the mechanisms put in place to allow victims to come forward and testify about the suffering they endured.

But when the Holy See’s response to the UN Committee was issued in December 2013, it did not provide the full disclosure sought by the Committee. Despite stating that it considers the Convention on the Rights of the Child as “the most important among the rules of international law”, it declined to provide this information, stating that the matter did not fall within its jurisdiction and that it is “not the practice of the Holy See to disclose information on the religious discipline”. Instead, the Holy See in its submission claimed that it is in fact „separate and distinct“ from the Roman Catholic Church and only bears responsibility for what happens inside Vatican City, thus blaming local governments for the lack of prevention and redress for abuse by priests and others associated with the Church around the world.

The Holy See has a religious legal system based on canon – religious – law. It differs from Vatican State law which only applies within the boundaries of the territory of the Vatican itself. Censures are the most severe form of punishment which can be imposed upon a person under the Code of Canon Law. Dismissal from the clerical state is the gravest penalty under canon law for priests for the violation of an offence – this also applies to sexual abuse of children. Canon law and its procedures can purport to take the place of criminal law, and can therefore at times obstruct civil or criminal law processes.

The Holy See is a not a Member State of the United Nations, but has received a standing invitation to participate as an observer in the sessions and the work of the UN General Assembly and maintains permanent observer missions at the UN Headquarters. It is a full member of some agencies, and a full participant at major UN conferences with the right to ratify or accede to international treaties.

The periodic review of the Holy See by the CRC

On the day of the review on 16 January 2014 in Geneva, the Committee again pressed the Holy See about the specifics of its internal policies regarding sexual abuse by its clergy, statistics of child sexual abuse cases, on the character of its guidelines to national Catholic churches and its ability to influence local Catholic institutions. And again, the Holy See’s responses were vague and unsatisfying for many observers. Questions regarding the State Party’s intention to establish independent complaints mechanisms for children who have been abused in Catholic institutions and about plans to pay reparations to victims – of which so far there have been none – again remained unanswered. Committee members criticised the Holy See for not giving this issue the priority it deserves. They questioned the ambassador about why the Holy See has provided concealment to perpetrators and why there is still a clear code of silence about sexual abuse cases within the church. Also, the lack of cooperation of the Holy See with civil law enforcement bodies was widely scathed.

The Holy See largely reiterated its previous arguments and again dismissed any jurisdiction over the Catholic Church as a whole. The ambassador claimed that the Holy See only had “free and voluntary jurisdiction” of a “spiritual nature” beyond the territory of the Vatican, but that this could in no way be enforced. While the ambassador admitted that internal statistics of child sexual abuse cases do exist, he remarked that these have never been widely published.

Yet, it can be argued that the Holy See does in fact have jurisdiction over the entire Catholic Church and not only over the territory of the Vatican City State – where only 36 children are currently registered. As the Holy See’s Head of Mission stressed during the review session in Geneva, “the Holy See is the governing body of the Catholic church worldwide.” There is a multitude of examples in canon law which highlight the authority of the Holy See with the pope at its head over the wider Catholic Church. Canon 331 reads: “(…) Consequently, by virtue of his office, [the Roman Pontiff] has supreme, full, immediate and universal ordinary power in the Church, and he can always freely exercise this power”. Canon 333 §1 reinforces this authority: “By virtue of his office, the Roman Pontiff not only has power over the universal Church, but also has pre-eminent ordinary power over all particular Churches and their groupings.” While this might not sit well with the Holy See in light of the vast amount of sexual abuse cases attributed to its clergy, these provisions establish the Holy See as the supreme governing body of the Catholic Church as a whole.

Of course it is true that the Holy See cannot be held responsible for the laws of states or for the lack of prosecutions of criminal offences in those states, but it can strongly influence, through canon law, the code of conduct of all Catholic clerics worldwide. It is in a position to discipline its clergy and to order them to fully co-operate with local law enforcement mechanisms by providing these with all the information of child sexual abuse available to the church. Nonetheless, the Holy See still follows strict policies of internal reporting and secrecy.

The Holy See has binding obligations that extend beyond Vatican City – its responsibilities as a subject of international law do not cease at the borders of its territory. Article 2 (1) of the Convention on the Rights of the Child extends the impact of the Convention to all children under the sovereignty of the Signatories. While in the case of State Parties, jurisdiction is primarily defined as applying to the territory of the state as such, this does not count for the Holy See – due to its special legal status under international law and its prominent position within the Catholic Church. The outstanding status awarded to the Holy See under international law is related especially to the fact that the Holy See is not synonymous with the Vatican City, but that its spiritual element has implications for the entire Catholic Church. Therefore, the Holy See can also not deny its jurisdiction over the whole of the church.

A clear verdict by the Committee

The Holy See needs to finally make a genuine effort to conform with its children’s rights obligations. It also has to become more transparent as a legal entity with human rights obligations and open up to scrutiny by United Nations bodies.

“Child sexual abuse and the Holy See: the need for justice, accountability and reform”, a new research report published by the Child Rights International Network (CRIN) in January 2014, provides an overview of the factual and legal background of the clerical sexual abuse scandal. 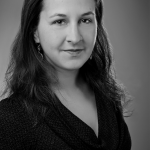