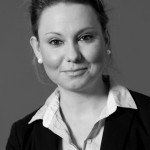 Inspite of all the EU-criticism to be heard – a sad highlight was Krystyna Pawłowicz, a Sejm representative of PiS, who declared the flag of the European Union a “dirty rag” – the Polish people are sensitive to all signals coming from official and inoffical EU channels. It is clear even to PiS that Poland depends on the EU – not only in economic but even more in security issues (Russia). Still the Polish government seems to test how far it can go. It is exactly this attitude that makes a strong EU reaction essential. From that perspective a more than legitimate “saber-rattling” with Art. 7 TEU makes also sense in diplomatic terms.

Sensitivity to outside pressure?

The first sign that the Polish government is not immune to outside pressure came after the First Vice-President of the Commission Timmermans sent a very decisive letter to the Polish Minister of Foreign Affairs on 23rd Dec stating that he expected that the amendment bill on the Statute of the Constitutional Tribunal of 22nd Dec was “not finally adopted or at least not put into force.” As we know, Warsaw did not follow his demand but signs of appeasement surfaced: On the same day the Minister requested the Venice Commission (Council of Europe) to examine the first two PiS proposals (of 2nd Dec/15th Dec) for amending the Act on the Constitutional Tribunal. This request for examination, however, seemed to be a mere move to distract, as Tomasz Konciewicz excellently evidenced, since the proposals submitted were superseded by the 22nd Dec amemendment statute (see previous blog). But EU-wide outrage remained constant and effective: On 31st of Dec the Foreign Minister finally submitted the statute of 22nd Dec for review by the Venice Commission. Pressure seems to work.

What about the “nuclear option” of Art. 7 TEU?

One of the most effective measures in order to put pressure on the Polish government seems to be the “saber-rattling” with the ‑ as Barroso called it once – “nuclear option” of Art. 7 TEU. The Commission will deliberate on the initiation of the Art. 7-mechanism on 13th Jan. This provision evidences ‑ together with Art. 2 TEU ‑ the constitutional character of the EU treaties and the idea of the EU as a “community of values”. It was created for cases where a Member State departs from the European value canon that it had to abide by at the moment of its accession (Art. 49 TEU), hence endangering EU-wide homogeneity (see also COM (2003) 606 final).

The Art. 7-procedure is composed of three steps: Art. 7 (1) establishes the so-called “early warning-mechanism” which allows the Council ‑ acting on a reasoned proposal of one-third of the Member States, of the Commission or the European Parliament ‑ to determine by a majority of four-fifths that there is a clear risk of a serious breach by a Member State of the core values of the EU. It is in the Council’s discretion to combine this declaratory finding with specific recommendations. A “clear risk” requires a high probability that a Member State will infringe the core values in the near future. Art. 7 (2) takes the mechanism one step further: It allows the Council to determine a serious breach of these values. While this finding is likewise declaratory in nature, it allows the Council to decide in a third step, acting by a qualified majority, according to Art. 7(3) TEU to suspend certain rights of Member States in question. This includes the voting rights in the Council – hence the term “nuclear option”.

Until now neither the preventive nor the sanctioning mechanism has been applied. But they have been seriously considered in several cases: Art. 7 was brought into the discussion after the FPÖ obtained 27% of the votes in the Austrian general elections. In the end it was not activated, but bilateral sactions were imposed. Other occasions where Art. 7 TEU was discussed include the expulsion of Roma in France in 2010, the constitutional reforms in Hungary under the reign of Fidesz and Orbán as well as the dispute between the President Basescu and Prime Minister Ponta in Romania both in 2012. In all cases the Council refrained from activating Art. 7. Several factors account for this: First of all, Art. 7 gives discretion to the competent bodies. Secondly, the terms Art. 7 operates with are highly ambiguous. Furthermore, the majorities that have to be met constitute high hurdles. Many states are reluctant to activate Art. 7 out of fear it might be used against them. This does, however, not diminish its effectiveness a tool of pressure. In the current Polish crisis even Hungary did not oppose the Commission’s Art. 7-deliberations to take place on Wednesday.

Could Art. 7 TEU be activated in view of the Polish constitutional crisis?

The answer can only be yes: There is (at least) an imminent danger that two core values protected by Art. 2 TEU, rule of law and democracy, will be infringed. The rule of law is questioned in its substance by the PiS government’s move against the Constitutional Tribunal, democracy is severely endangered by the statute passed on public media corporations on 30th Dec.:

Will Art. 7 TEU be activated?

Probably not. Jean-Claude Juncker, President of the EU Commission, urged on Jan. 7th – on the same day President Duda signed the highly problematic media bill ‑ not to “overdramatize” the crisis in Poland. He went on: “Poland is an important and a full member of the EU. We are at the beginning of the procedure. Now we are in discussion with Poland and I don’t want to speculate about further consequences. I don’t think we will come to that point.” (cited by AFP). It is to assume that this result can only be accomplished if the threat with Art. 7 TEU remains convincing.

Latest Development: The next round of the battle between the Constitutional Tribunal and the government called off

Until recently it was expected that we would witness another round of the battle between the Tribunal and the government right before the Commission’s deliberations on the 13th. The President of the Constitutional Tribunal, Rzepliński, announced that on Jan 12th the Tribunal would issue an opinion on the constitutionality of the amended election procedure to the Tribunal and this way effectively on the election of five Tribunal judges by the PiS majority in December (on this see blogs by Anna Śledzińska-Simon, Arkadiusz Radwan Tomasz and Tadeusz Koncewicz) The government has argued that the Tribunal would have to adhere to the new procedure in rendering the opinion. Rzepliński, however, originally made clear that the Tribunal would decide based on the Act on the Constitutional Tribunal it its unamended version applying the pre-reform quorum and sitting in its pre-reform composition (without the participation of the five PiS judges). A real power play was to be expected. Jarosław Kaczynski, now president of the PiS party, commented on the original move of the Tribunal: “In my personal opinion, I would treat this as his [Rzeplinski’s] resignation from the … tribunal.” (cited by EUObserver). Possible reactions taken into consideration by the government ranged from disregarding the ruling as a mere private opinion of the judges without a legal base over the initiation of disciplinary proceedings (which is in the competence of the President and the Minister of Justice according to the new Tribunal Act) to measures of criminal law against Rzepliński should he in any way hinder the five PiS judges from participating in the proceeding. On Friday the Tribunal, however, called off the announcement of the opinion (see press announcement).. This has probably to be seen as a result of the consultations between President Duda and Rzepliński that took place last week. It is only to hope that Rzepliński’s move is not a sign of an incremental capitulation of the Tribunal in light of government pressure.

The Commission can only be called upon to find the necessary sharp words for the disempowerment of the Tribunal on Jan13th. In this context it is essential to see that the attack on the Constitutional Tribunal marks only the beginning of a systematic reconfiguration of the political order in Poland and a “gleichschaltung” of all units of authority by PiS without any respect for the constitution. It is by no means exaggerated to fear what is next to come…Since it was so essential for PiS to paralyze the Constitutional Tribunal one does not have to be a prophet to assume that the legislative moves yet to come will likely be constitutionally more than problematic. A more adequate case for “saber-rattling” with Art. 7 TEU is hardly imaginable.

Poland at Crossroads – The Constitutional Tragedy Continues…Part I

7. Januar 2016
Recht politisch
constitutional lawdisempowermentPaulina StarskiPolish constitutionPolish Constitutional Court
von PAULINA STARSKI Right before Christmas the governing right-wing party Prawo i Sprawiedliwość (PiS – which paradoxically translates “Law and Justice”) wrote another chapter in the tragic Polish saga on the disempowerment of the Constitutional Tribunal and the devaluation of the holy grail of modern democracies – the principle of…
Weiterlesen