The hypernormalization of international law 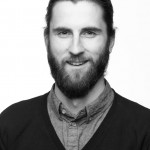 The term hypernormalization was initially used by Berkeley anthropologist Alexei Yurchak to describe how the population in the 1980s Soviet Union – despite the apparent malfunctioning of the political and societal system – maintained a pretense of its functioning. Thus hypernormalizing the status quo means accepting an artificial world created by citizens and politicians alike as real although one knows about its ‘fakeness’. This blogpost discusses in what way international law serves purposes of hypernormalization and what international lawyers can do about it.

In his recent BBC documentary, filmmaker Adam Curtis contends that decision-makers worldwide, overwhelmed by the complexity of global politics, have started to create an artificial, simpler version of the world over the past decades. This ‘fake’ world blinds out the complexity of the real one and thus allows us as citizens, who play along the ‘game’, to live with the reassuring feeling of knowing what is ‘right’ and what is ‘wrong’.

Now, can we discern evidence for his hypothesis from the way that states and non-state actors are applying international law today, including the way it is referenced in the media and civil society? Does it, at least at times, help create the pretense of a global society functioning along well-defined, commonly accepted parameters?

The hypernormalization of the international legal order

The main configurations of the international legal order post-WWII are most prominently rooted in the Charter of the United Nations. Accordingly, the international legal system is founded, inter alia, on respect for human rights and fundamental freedoms, on the principle of sovereign equality of states, non-intervention and the non-use of force. Habitually, most governments will, whenever they are announcing a new foreign policy, in one way or the other broach its legal basis and naturally assume the legality of their action.

Yet, what do we – as observers of global politics – presume to happen whenever an international actor finds a certain policy that she deems to be highly beneficial to her interests to be in violation of international law? The scope of this post does not allow to dive deeper into public policy decision-making. Yet, speaking from a legal perspective, one can distinguish roughly between worst and best case scenarios. In the worst case, actors would not take into account the legal dimension of the issue at all and pursue the policy in any case; in the best case, actors would shape their policy according to the legal requirements.

Maintaining this legal perspective, the phenomenon of hypernormalization occurs whenever actors have secretly decided to ignore the law – in part or as a whole – yet are publicly pretending to respect it. (It can, vice versa, of course also occur when one actor falsely accuses another actor of violating the law – yet, for reasons of simplicity (sic!) we shall focus on the first scenario here; also, the lines between a deliberate decision to ignore the law and tricking oneself into believing in the legality of a desired policy may, of course, often be blurred). The ‘faking’ effect is vigorously increased where the general public – typically first the media – adopts the official position without thorough investigation of the corresponding reasoning and evidence (potentially forced to do so due to a lack of available official information).

Examples of the hypernormalization of international law, unfortunately, are easy to find. Take Colin Powell’s ‘anthrax speech’ in front of the UN Security Council in which he attempted to justify the invasion of Iraq in 2003 by pointing to the purported existence of weapons of mass destruction, for instance. Or consider the twofold ‘rise and fall’ of Muammar al-Qaddafi of Libya selectively as ally or enemy of the Western world, which Curtis portrays in his film. Recent examples are sadly provided by the EU’s responses to the complexities caused by mass migration – be it the temporarily widespread practice to pushback refugee boats in the Mediterranean Sea or the readiness to cooperate with Omar al-Bashir of Sudan, a suspect notoriously warranted by the International Criminal Court for accounts of crimes against humanity and genocide among others.

Why do we generally presume the legality of our governments’ actions?

Now in view of government actions like this, it seems to be apparent to a broader public audience, if perhaps not the majority, that our governments do not (always) prioritize the legality of their actions. Their policies are so bluntly contrary to international law – despite their contentions to the contrary – that they strike the eyes of many. This is all the more so in times, in which we regularly learn about the involvement of government officials in shady dealings through leaked diplomatic cables or phone calls.

So why do many of us, at least the ones that generally put their trust in humanity, – a priori – continue to assume that our governments would be respecting the law, that its motives are righteous, in spite of all its illegal actions that we have learnt of in the past? Are we, somewhat half-consciously, buying into the ‘game’ of hypernormalization because we prefer to live in a comforting world, in which our government is constantly fighting to protect human rights, to foster good governance and sustainable development?

The dangers of hypernormalizing international law

As international lawyers we see ourselves confronted with the task to operate in a system, which at times may seem artificial – even or especially to us ‘insiders’. A system, which, founded on human rights and the principle of non-violence, is now and then degraded to a mere onlooker, for instance when civil wars break out in Syria or when genocide is being committed in Sudan. In this context, lawyers from different disciplines and others frequently tend to ask what all of these ambitious rules are really worth, if they are so rarely respected?

While I do not see a reason to be generally pessimistic about the project of a rule-based system of international cooperation and certainly think that it merits to be defended, we should be aware of the disservice we are actually doing it whenever we hypernormalize international law.

As Yurchak points out, hypernormalization in the Soviet Union occurred because the current system was presented as being without any alternative. Influenced by corresponding education and propaganda, almost no one could imagine a world without or outside socialism. Eventually, the entire system collapsed and was abolished – when the gap between reality and the pretended world became so enormous that people could not ignore it anymore. In the case of the Soviet Union, there was an alternative – one that no one would have ever dared to address: capitalism. And likewise, there also are alternatives to the current configurations of international law: the law of the strongest, unimpeded power politics, nationalism or protectionism.

If we step into the trap of hypernormalizing international law, we risk jeopardizing the system of a rule-based framework for international cooperation as a whole. To my mind, the recent nationalist backlashes, which are, quite tellingly, also specifically directed against international law itself, are at least partly rooted in a sentiment of being fed up with a system that is being presented as the norm and without any alternatives despite all of its apparent deficiencies.

The need to elucidate international law

To my mind, instead of presenting the international legal framework as the inevitable status quo, we should consistently attempt to elucidate international law and especially its actual effects. Absent a vigorous implementation mechanism, law and reality can grow miles apart in this highly politicized field of ours and we should be as frank as possible about it.

This requires us to always identify the dichotomy of ‘is’ and ‘ought’ in the clearest way possible. Such, in turn, will often entail greater emphasis on the factual side of the real-life scenarios we examine – instead of approaching a set of rules in an isolated manner. For instance, more routinely integrating political and economic analyses in our discussions of legal norms could provide us with valuable insights as to why what actor has violated which rule – and to thus identify the ‘weakest’ components of the international framework.

Finally, we must of course continue to hold the violators of international law accountable. Yet, where our means may be insufficient to effectively enforce the law, where institutional mechanisms, ‘naming and shaming’ and any other available instruments are failing, we should be frank and honest about it. In other words, we should continue to be confident of the project of the international rule-based system, yet without pretending that such would at all times be the obvious thing to do. 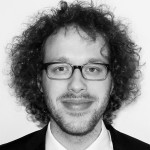 Can I stay or should I go?