Russia, Ukraine, and the Right to Use Force in Self-Defence

Ever since Russia deployed its troops on the Crimea, international lawyers have been busy analysing the events and possible legal justifications for Russia’s actions. Insufficient attention, however, has been devoted to the question as to whether Ukraine (and even NATO) may act in self-defence. Upon closer inspection, the answer is less clear than it seems at first sight.

The first and central issue in this regard is the actual (or imminent) occurrence of an armed attack as mentioned in article 51 UN Charter. As the ICJ noted in the good old Nicaragua case, only “most grave forms of the use of force” constitute an armed attack and thus rank somewhat above violations of the prohibition on the use of force. In trying to define “armed attacks”, the court then – although the resolution was never intended to define the notion of “armed attack”– relied on the famous resolution on the definition of Aggression, which is also interesting for us in the present case: Firstly, its article 3(a) mentions “[t]he invasion or attack by the armed forces of a State of the territory of another State, or any military occupation, however temporary, resulting from such invasion or attack, or any annexation by the use of force of the territory of another State or part thereof.” Equally important, its article 3(e) refers to “[t]he use of armed forces of one State which are within the territory of another State with the agreement of the receiving State, in contravention of the conditions provided for in the agreement or any extension of their presence in such territory beyond the termination of the agreement” – thus, while Russia has leased the Sebastopol fleet base until 2042, its recent actions clearly go beyond this agreement.

At the outset, even although the situation has remained comparatively calm, the issue of whether there has been an armed attack by Russia does not seem to pose any problems per se. Oddly enough, an armed attack in the legal sense does not necessarily require the actual occurrence of an armed attack as commonly understood by the interested layman.

The fact that the initial attack is concluded and Ukraine has ordered its troops to withdraw from the Crimea requires a few words on immediacy. Most significantly, immediacy does not limit a state to act in self-defence only as long as the armed attack is still in progress. Such a restrictive application of this requirement would neglect that military preparations may take some time. It rather requires a certain temporal proximity between the initial attack and the response to it. As Yoram Dinstein has noted in the latest edition of his classic “War, Aggression, and Self Defence”, “the longer the period between the armed attack and the response, the more pressure there will be on the State concerned to resolve the matter by peaceful means.” In other words, this requirement basically adds substance to the obligation to resort to peaceful means of settling the dispute over the Crimea before acting by using force.

In addition, Ukraine may be barred from using force because of the necessity principle. This requirement is usually applied as a preliminary question when determining the legality of a specific measure taken as a response to an armed attack. It asks whether action taken in self-defence was necessary “to achieve a legitimate purpose of self-defence” (Randelzhofer/Nolte in the Charter Commentary by Simma et al), which, in our case, would be the expulsion of Russian troops from Ukrainian soil. Still, the fact that the initial attack has been concluded is also significant here. To quote Dinstein again, the decisive question is whether “an interval of time” between force and counter-force is “realistically available”. If answered in the affirmative, using counter-force instead of seeking a non-violent solution would thus not be justified. At least as long as there is reason to believe that talks, conferences, mediation, and whatever diplomats have up their sleeves, or even sanctions can be expected to be successful, Ukraine would be barred from using force in self-defence.

Obviously, this combined effect of the immediacy and the necessity criteria is somewhat unsatisfactory. As Oscar Schachter has argued in his article “The Right of States to Use Armed Force” from 1984, “[h]istory and common sense tell us that an aggressor, having seized the territory of people, might enjoy the fruits of his aggression while forestalling peaceful solutions through dilatory tactics or unreasonable conditions.” Of particular interest are Schachter’s subsequent words on the role of the Security Council in situations of this kind: “It is true that, under article 39 conditions, the Security Council may seek to bring about compliance by requiring the aggressor to yield up the fruits of his aggression and to provide reparations for his wrong, but the prevailing political differences and the requirement of unanimity of the permanent members of the Council render such enforcement measures unlikely.” Hence, even if the prospects for cooperation in the Security Council are much better nowadays, matters have remained unchanged when the vital interests of one of the five permanent member states (P-5) are affected, making these 30 year old findings eerily relevant. It would be absurd to require Ukraine to abstain from using force because of the prospect of a peaceful solution only to watch Russia block any Security Council resolution or participate in talks to delay time and ultimately rule out forceful action because the initial attack has been over for too long. In other words: The more obvious the lack of willingness of Russia to find a diplomatic way out of the current crisis, the stronger the claim to act in self-defence. The recent decision to carry out a referendum and the subsequent incorporation of the Crimea into the Russian Federation even implies that Ukraine – as long as the prospects for success remain as dim as they are at the moment – could lawfully restore the status quo ante bellum by force long after the initial attack has been completed.

Nevertheless, we must not forget that Ukraine’s military capabilities are clearly inferior to those of Russia, rendering any determination regarding the lawfulness to act in self-defence utterly irrelevant. Successful unilateral action by Ukraine therefore seems highly unlikely for the foreseeable future. Ukraine would have to rely on outside help, i.e. collective self-defence, and issue an explicit request to provide individual states or even NATO with a legal basis to get involved.

From a political standpoint, however, such a drastic step would be a disaster. All of a sudden, an asymmetric and thereby somewhat predictable conflict between two states could be transformed into a full-fledged military confrontation between various states with nuclear capabilities and additionally risk unforeseeable reactions by other influential actors. In this sense, one cannot help but agree (albeit for different reasons) with Eric Posner’s conclusion that the US and its allies should refrain from taking action. International lawyers need to cope with the fact that the law falls silent in matters of tremendous geostrategic importance. 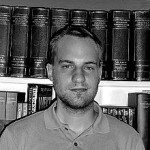