Of Christian Crosses and Hindu Prayers: Religious Neutrality in the Age of Rising Hyper-Nationalism 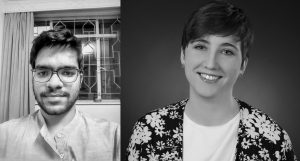 The State of Bavaria has recently introduced a law which requires Christian crosses to be hanged in the entrance halls of most public buildings. In a separate instance, the Supreme Court of India has issued a notice to the Government questioning the mandatory singing of Hindu prayers in state-funded schools. Both instances raise important questions about the normative value of state neutrality towards religion. Through a jurisprudential analyses of case law in two countries, this post examines whether the courts should opt for an objective approach when assessing such situations or focus on the individual rights at play – risking to fall prey to subjective speculations.

The State of Bavaria in Germany has recently introduced a new law which requires Christian crosses to be hanged in the entrance halls of most public buildings. This decision comes at a time when Bavarian elections are around the corner and political discourse against the influx of Muslim immigrants has greatly heightened. As such, the “Kreuzpflicht” or “crucifix obligation” is being perceived as an attempt to reinforce the dominant Catholic identity of the State. Legal opinions remain split on its constitutionality (see here, here and here for preliminary legal assessments.)

In a separate instance, the Supreme Court of India earlier this year issued a notice to the Government questioning the mandatory singing of Hindu prayers in state-funded schools. There have also been successive attempts to ‘saffronise’ education ever since the Hindu-nationalist party led by Prime Minister Narendra Modi has come into power in 2014.

Both instances raise important questions about the normative value of state neutrality towards religion. Further, both the Christian Cross in Germany and the Hindu Prayer in India have been presented as items of cultural propriety which transcend ordinary faith and religion. For instance, the Bavarian Premier Markus Söder stated that the cross should merely be seen as a “clear avowal of our Bavarian identity and Christian values”, id est charity, human dignity and tolerance.

The Negative Freedom of Religion

The German legal discourse revolves around two main focal points – first, the possible infringement of religious freedom, specifically the negative freedom under Article 4 of the Basic Law and second, the violation of state neutrality towards religious affairs which emanates from a concomitant reading of various provisions of the Basic Law.

Previously, in a case related to the mandatory display of crosses, the Federal Constitutional Court had struck down a Bavarian law which required state schools to hang Crucifixes in their classrooms for being violative of pupil’s negative religious freedom, therefore focusing not on state neutrality, but rather on the rights of the pupils, rejecting the argument that the cross was merely a symbol of Western culture, instead holding it to be primary symbol of Christian faith. In opposition to this approach, the FCC emphasized the need for “absolute neutrality” in the realm of judicial activity in a preliminary injunction.

Across continents, the Indian Supreme Court recently sought the Government’s response on a plea that sought the discontinuation of mandatory prayers at the Kendriya Vidalayas which begins with Sanskrit mantras and Hindu prayers. Kendraya Vidalyas (literally, Central school), which form one of the largest chain of schools in the world, are completely funded out of the state exchequer. Unlike Germany, Article 28(1) of the Indian Constitution explicitly forbids any religious instruction in state educational institutions.

Not only does compulsory singing of prayer amounts to religious instruction violative of Article 28 and also infringes on the religious freedom which entitles freedom of conscience and freely profess, propagate and practice religion guaranteed by Article 25 of the Constitution. Further, drawing a distinction between religious education and religious instruction, the court in the case of Aruna Roy v Union of India has categorically held that the latter cannot be practiced in schools.

Confronted with a similar matter, the FCC was asked to adjudicate on the constitutionality of Christian prayers outside the class on religion in state schools in 1979. The court first recognized an inherent tension between the positive and negative freedom of religion in the German Basic Law before holding that the school prayer was not violative of the religious freedom of the student because of the possibility to avoid it. On the other hand, in another matter related to display of cross in courtroom, the FCC held that the duty to argue a case ‘under the cross’ constituted an unreasonable inner burden both for the lawyer and the client who were former German nationals who had to flee the country during the Nazi era because they were Jewish.

What is pertinent to note is that the FCC in both the School Prayers and Courtroom case did not undertake an objective assessment, but focused on whether the presence of religious symbols imposed a burden on the individual complainants – therefore providing for an element of uncertainty. In a similar vein, the Grand Chamber of the ECHR upheld the Italian law which mandated mandatory affixation of crosses in schools. Going into a subjective realm of speculation, the court held that the mere presence of cross as a religious symbol did not lead to indoctrination since it was merely a passive symbol compared to a hijab which was an active symbol of religion.

Such speculative adjudication in religious matter has also been visible in the Indian Supreme Court, most notably in 1995 when it conflated the inclusivist discourse on Hinduism with an exclusivist version of Hindutva propounded by the Hindu nationalists. The case concerned an election speech in which the accused avowed to convert the state into a ‘Hindu state.’ The court held that ‘Hindutva’ was only a way of life of the Indian people and could not be equated with narrow fundamentalist Hindu religion bigotry instead of objectively holding it to be foul of the election law. In fact, Indian jurisprudence is ripe with examples where the courts have often acted as clergy in deciding religious matters which could otherwise have been dealt objectively on the basis of Fundamental Rights- thereby, paving pathways for unbridled discretion and subjectivity of the judges.

It will be interesting to see how the respective courts rule when (and if) the matters are heard before them. A perusal of precedents by the courts demonstrates that an objective legal assessment focusing on rights could very well hold both measures to be foul of the principle of religious neutrality enshrined in the respective constitutions. The results, however, might be very different if the courts decide to take a subjective detour of speculation. 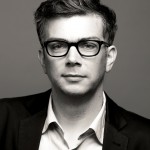