Citizens of Nowhere? Fear, Race, Migration and the Dangers of Formalism 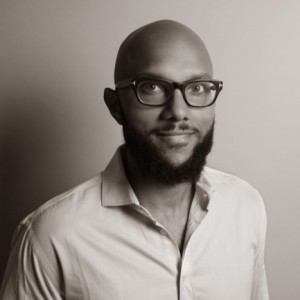 In order to understand what is happening in Europe in contemporary times, at the nexus of growing populism, religious and racial animosity, and what is being called a ‘refugee crisis,’ it is important to interrogate the terms in which this nexus is being discussed. In particular, it is worth reflecting for a moment on the concept of the citizen in the context of debates around dual citizenship in Germany the moves by the UK government to unravel its relationship with Europe.

The European concept of citizenship

In order to understand what is happening in Europe in contemporary times, at the nexus of growing populism, religious and racial animosity, and what is being called a ‘refugee crisis,’ it is important to interrogate the terms in which this nexus is being discussed. In particular, it is worth reflecting for a moment on the concept of the citizen in contemporary Europe.

In German, the language of immigration has a strong gravitational pull on the discourse of racial and cultural difference. Terms like Einwanderungsgesellschaft (literally, “immigration society,” but in usage it is more like “society experiencing or being shaped by immigration”) have a strong resonance in Germany, where the country’s composition, and more significantly its difference, is generally conceptualised through the prism of new immigration. In the UK, immigration is also understood to be central to the question of difference, though in a different way. Cultural, racial and religious difference is also seen through the prism of new immigration, though with a tacit acknowledgement of Britain’s colonial past, though this is often through the self-congratulatory lens remembering the dominance of the Empire. Germany has a colonial past too, but it does not feature in the mainstream narrative of German racial and religious difference. The term Einwanderungsgesellschaft and the strong language around integration portray the receiving state, Germany, as occupying a relatively passive role in the context of globalisation and the voluntary and involuntary movement of (different) people to Germany for economic and social reasons.

In the UK, this is slightly different, though similar inasmuch as the pairings of terms like diversity and multiculturalism with “British values” also presuppose that there is a static norm and a set of acceptable and unacceptable deviations from that norm—ways to do ‘difference’ correctly and incorrectly. One thing remains the same—populist discourses in both countries mobilise around nativist calls for a limitation on immigration and cultural, racial and religious difference, all of which ‘threaten’ to speed the dilution of hegemony that the imagined native core of the population have enjoyed over the economy of public good and the right to national belonging—an economy which decides the terms of inclusion and exclusion, us and them, citizen and non-citizen. In this context, the language of citizenship is revealing.

In Germany, the restriction on dual citizenship has been relaxed, though only slightly. For those born in Germany to parents of non-Germany nationality, whereas previously they would have to choose a nationality, may retain both if they meet a number of conditions. But these conditions, along with the fact that the dual nationality scheme does not apply to those not born in Germany, has been criticised in particular by the Turkish community in Germany. In the case of asylum seekers, the hurdles to attaining citizenship at the end of a residence stay, including the relinquishing of previous nationality, have been sharply criticised. The emphasis on restricting dual nationality seems to be in the service of maintaining a monopoly on national and, by extension, political and social affiliation, which is understood in the German context as a feature of successful integration.

The model of EU citizenship

The model of European Union citizenship suggests the possibility of a transnational form of citizenship that breaks or, at the very least, mediates the classic citizenship relationship between the state and the individual. EU citizens’ freedom of movement is not only about the right to enter and reside in another EU member state, it is about the total relationship the EU citizen has with her host member state. Enjoyment of EU citizenship is an integrated phenomenon, related to the participation in and enjoyment of public life. (It would be remiss of me not to draw attention to the notion of EU citizenship rights as creating a further stratification of rights and belonging based on race, religion and third-country (non-EU) nationals, even as it opens the possibility for shared politics and a layered concept of citizenship). Reasonable minds disagree as to whether EU citizenship should be called citizenship at all, but this regional dimension of citizenship-like entitlements, alongside the phenomenon of dual and multiple-citizenship holders, suggests that in considering the rights that derive from nationality status, one must concede that people today a enjoy an ever-more layered and complex experience of political, social and indeed national affiliation.

This complex articulation of citizenship seems to fall within the line of criticism offered by current UK Prime Minister, Theresa May. May stated at the 2016 Conservative Party Conference that citizens of the world are citizens of nowhere. Here, and elsewhere in her speech, she was alluding to a restrictive, nationality-based definition of citizenship to comment on the political and social connectedness that we ought to have with our respective communities. This comment can be read as a legally formalist appeal to the notion of citizenship, rhetorically reducing solidarity to a question of passport. Of course, national citizenship is not a legal fiction. The solidarity that she describes, however, is much more complex than the legal fact of nationality.

The complexity of ’social citizenship‘

May’s comments were deployed in response to proponents of keeping the UK in the European Union, the Council of Europe and, generally, keeping Britain open towards the rest of the world. The phrases ‘citizen of the world’ or ‘global citizen’ have been used by others to express concern about the isolationist bent of the Brexit campaign, but also to complicate its narrow framing of political affiliation and social belonging. May herself, earlier the same speech, cannot help but acknowledge the complexity of social citizenship, where she mentions that British people should defer to a ‘spirit’ of citizenship in order to overcome enduring class divisions. To this she says, “[t]hat spirit that means you respect the bonds and obligations that make our society work. That means a commitment to the men and women who live around you, who work for you, who buy the goods and services you sell.” Given her examples, she ironically cannot reasonably formulate the ‘spirit of citizenship’ in terms of an exclusive commitment to British nationals, because for many British people, such formulation would exclude the non-British colleagues, service-providers, landlords, tenants, educators, clients, doctors, nurses, friends and family members that create the fabric of contemporary Britain.

The legal question of citizenship, then, is the tip of the iceberg of social citizenship. Perhaps a way forward would be to maintain a critical scrutiny of the ways that we, in Germany, the UK and elsewhere, fall into the trap of collapsing the broader ‘spirit of citizenship’ into legal citizenship in a way that enables the populism of contemporary times.

This talk is a selection of comments offered in a paper delivered at the 10. Herbsttagung des Netzwerks Migrationsrecht, Stuttgart, 12th of November 2016. 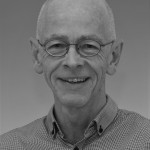