Removing Donald Trump From Office Might Do More Harm Than Good 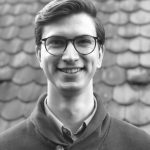 The legal obscurity of the 25th amendment must be taken into account before taking action.

A couple of days after right-wing extremists attempted a coup d’état in Washington, D.C., storming the Capitol, forcing Congress to suspend certifying democratic election results, and leaving five people dead, voices calling for a removal of Donald J. Trump from the office of President of the United States are rising. They argue that a removal is necessary not only because of the President’s attack on American democracy and the peaceful transition of power, but also because leaving Donald Trump with the powers of the Presidency, especially the supreme command over the U.S. military and the nuclear codes, would be extremely dangerous. It certainly is.

However, removing Donald Trump from office by invoking section 4 of the 25th amendment to the United States Constitution (“section 4”) before his term ends might create an even greater danger, both for the constitutional culture of the United States and the stability of the already not-so-stable world order. To understand which risks arise from removing the President from office before January 20, let’s take a look at how his removal could potentially play out and what threats would arrive with it.

Since a resignation of Donald Trump in the next week and a half is as likely as Rudy Giuliani enjoying a Borat movie, only two options remain to get rid of the President: Impeachment, or removal according to section 4. A successful removal through an impeachment trial before the end of Donald Trump’s term would require the Senate to rush through the trial within just a few business days – something Mitch McConnel has already declined to do. But even if the Senate began the impeachment trial before Trump’s term ends, given the right of the impeached President to call witnesses, cross-examine them, have his counsel to be heard, and argue at length on the merits of the case (Senate rules on impeachment trials XV, XVII, XXII) it seems unlikely that an impeachment trial would actually result in the removing of the President before January 20.. If the President is to be removed before Joe Biden is sworn in as President, it is therefore most likely that this will not happen through impeachment, but by invoking section 4.

While it remains unclear whether Vice President Pence and other cabinet members will invoke section 4, even if the Vice President and the Cabinet eventually decided against invoking it, it is, however, worth examining if their unwillingness to do so is rooted only in loyalty to the President and a blatant disregard for democracy, or if they concluded that the risks of removing Trump via the 25th amendment outweighed the reward.

Risks especially occur because of unsolved constitutional questions regarding the transition of powers from the President to the Vice President, thus creating a situation in which no one will know with certainty who the commander-in-chief and holder of Presidential power is.

The first question concerns the concrete Cabinet members required to invoke section 4. A removal of the President requires “the Vice President and either the principal officers of the executive departments or of such other body as Congress may by law provide” to declare in a letter to Congress the President to be “unable to discharge the powers and duties of his office” (U.S. Const. amend. 25 sec. 4 cl. 1). Since Congress has not yet created a different body to evaluate the fitness of the President to serve, it all comes down to the Cabinet, which normally consists of 15 secretaries. As of now, secretaries Elaine Chao and Betsy DeVos have stepped down in light of the insurrection; additionally, three other departments (Homeland Security, Justice, and Defense) are led by acting secretaries. Wether those acting secretaries can sign the letter to Congress declaring the President unfit to serve, is unclear and disagreed upon (cf. Joel K. Goldstein, ‘Talking Trump and the 25th Amendment’ JCL vol. 21, no. 1, 2018, p. 118 ff.). Therefore, one can take it almost for granted that a judicial review will take place once such a letter is signed by any acting secretary.

If this was the case, it would be unclear until the judicial decision if the President or the Vice President were holding the command over the armed forces and the federal government.

Again, it is rather certain Donald Trump would try to take advantage of this legal dispute and, immediately after the transfer of Presidential powers to the Vice President, declare himself fit for office and in full possession of his powers. It doesn’t take a lot of imagination that he would then fire his Cabinet, or at least those members of it who considered him to be unfit, in order to preempt the Vice President and the Cabinet to contest his declaration of fitness (cf. Goldstein, p. 125 ff.). In the eyes of the President and his violent supporters, he would then be President and commander-in-chief, while the Vice President would claim the same according to his (and most legal scholars’) interpretation of section 4.

Imagine a scenario in which a foreign power, a terrorist organization, or – again – domestic insurgents took advantage of the ensuing chaos and created a situation requiring the intervention of the U.S. military. With two people claiming to be commander-in-chief, and no time to await a court decision, the U.S. military would then have to decide whom to follow and therefore determine who possesses the powers of the President of the United States.

If the U.S. had to rely on its military to guarantee the constitutional transfer of power and to restore inner peace, it would once more resemble a banana republic rather than the oldest democracy on earth. Furthermore, the involvement of the U.S. military in a political conflict would set a dangerous precedent for any election to come. Invoking section 4 could, as shown, likely lead to a situation that would do serious and lasting harm to the constitutional culture of the United States.

Moreover, without an undisputed commander-in-chief, the military capability to carry out special operations, nuclear deterrence, and fast reactions to unforeseen security situations is impaired. One must therefore balance the option of removing a President with only a handful of days left in office and the potentially incalculable security risks such a removal would cause. If the Vice President and the Cabinet refrained from invoking section 4, it might very well be that they concluded the risks of a removal are not worth the gain.

It is unacceptable for a sitting president to incite sedition and violent insurrection. Yet, in sanctioning such behavior it would be unwise to create a potentially even more dangerous situation than is already existing. In any case, the legal obscurity of the 25th amendment must be taken into account before taking action. 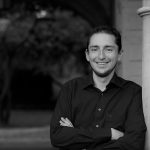 A certain degree of flexibility 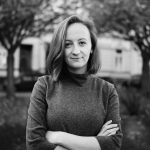