Much ado about nothing?

A smack of hypocrisy

The outrage has been enormous: “Secret courts” (Geheimgerichte) meeting in “back rooms” (Hinterzimmern) granting “special rights” (Sonderrechte) to large corporations. In the meantime, lawyers make absurd amounts of money while well-meaning domestic regulators get sanctioned for protecting the environment or labor rights and the taxpayer has to pick up the tab. This, in a nutshell, sums up the image that the vast majority (with exceptions) of the media has presented, over the course of the past months, of investor-State dispute settlement (ISDS) in general and the envisaged investment chapters in the Transatlantic Trade and Investment Partnership (TTIP), the bilateral free trade and investment agreement currently under negotiation between the European Union and the United States, in particular.

Showcase is the (second) Vattenfall v. Germany arbitration, currently ongoing, in which Vattenfall, the Swedish energy giant, seeks to hold Germany accountable for the u-turn in the latter’s nuclear energy policy since 2011. If already a Swedish company is suing the German government for putting an end to nuclear power, so the concerns, what will happen to our valued high regulatory standards once the TTIP gives U.S. companies the opportunity to get a bite of the apple? Recently, the German minister of the environment, Barbara Hendricks, has expressed her concerns with regard to the TTIP’s investment chapters, both concerning the existing regulatory framework for the environment as well as regarding future changes in policy that aim at environment protection but might run counter to the interests of major U.S. companies investing in Europe.

The media outrage and (parts of) the German government’s skepticism are somewhat surprising. Germany has been at the forefront of investment protection from the very beginning. It was the first nation to initiate and conclude a bilateral investment treaty (BIT) – with Pakistan, in 1959 – and is BIT world champion, having concluded a higher number of BITs than any other country in the world, including the U.S. German companies have enjoyed investment protection abroad and have made use of ISDS, arguably contributing to such “regulatory chill” in other countries that concerned citizens now identify as the nail to the coffin of the modern (German) regulatory State.

As a matter of fact, the concerns appear to have arisen only once Germany is being held to respect its own longstanding policy and once people are starting to realize that bilateral treaty obligations are no one-way street but are indeed bi-lateral. However, the debate on the TTIP should focus on what is actually under consideration to become part of this Agreement. We got a glimpse of these plans recently, when several newspaper websites published the confidential EU draft proposal on parts of the TTIP, including the sections on investment protection. I will comment on selected issues of the draft’s investment provisions, contrasting them against standard investment treaty provisions as well as the recently concluded EU-Canada Comprehensive Economic Trade Agreement (CETA), in order to put them into perspective for the current debate in the media, civil society, and at government level.

Relevant draft investment provisions are to be found in Chapters I, II and VII of the draft as well as the list of features the EU envisages for ISDS, which is attached at the very end of the document.

As regards the standards of investment protection, the EU’s TTIP draft deviates considerably from most international investment agreements. Article 3(3) and (4) exclude the touchy issues of public procurement and subsidies from the scope of investment protection. Compared to, e.g., the US Model BIT 2012, the relative standards of most-favored nation (MFN) treatment is crippled in the EU TTIP draft. Only Article 13(1) requires MFN in the context of investments affected by armed conflict, national emergency or revolt. Further, similar to CETA, Article 12(2), on fair and equitable treatment (FET), seeks to boil down this broad standard, which has been the constant target of criticism by international investment law skeptics, to a handful of sub-standards, including denial of justice, lack of due process, breach of legitimate expectations arising from specific representations by the government and lack of transparency in judicial and administrative practice. Considering that the U.S., since the early 2000s, has pursued a consequent policy of linking (and thus limiting) FET to the international minimum standard of treatment (for instance, Article 5(2)(a) of the U.S. Model BIT 2012), further restrictions to the FET standard are to be expected in the final TTIP draft.

Moreover, the draft’s provisions on expropriation, Article 14 and Annex X, are particularly interesting. Here, the EU draft attempts to contain some investment tribunals’ zealous quest to extend the scope of what is to be considered an indirect expropriation. No. 2 of the Annex lists several factors that a tribunal assessing the impact of measures alleged to constitute an indirect expropriation should take into account. In particular, it acknowledges a “party’s right to regulate” and sets out a four-step proportionality test, similar to the German doctrine, stressing the host State’s “legitimate public policy objectives.” While investment tribunals have indeed referred to and applied a proportionality test for the purposes of interpreting what constitutes an “indirect expropriation” several times (however, often in a somewhat apodictic and blurry manner), a major (trade and) investment agreement enshrining basically the German doctrine on proportionality would undoubtedly be a significant development.

Further, again similar to CETA, Article 64 of the draft fleshes out general exceptions which would justify deviation from or even infringement of investment protection standards and which is inspired by Article XX of the GATT.

ISDS has been in the focus of the media debate on the TTIP investment provisions. The EU draft is least advanced in this regard, as it merely states the EU’s goals in a list attached at the end of the document. Nonetheless, the positions are relatively clearly fleshed out. They are intended to respond to the concerns presented in the beginning of this blog but are, as a matter of fact, no novelty to those who follow the EU’s investment policy after Lisbon but might surprise others who bemoan alleged deficiencies in ISDS under BITs and thus oppose the TTIP on that basis.

To start with, according to the EU, ISDS should only cover post-establishment treatment of investment and should exclude issues of market access. This would de facto render moot the definition of “investor” sub Article 1(4)(q) that I referred to above. Further, the list contains a number of limitations and restrictions to ISDS that are currently the exception under most international investment agreements in place: (1) A statute of limitations for raising an investment claim; (2) a determination, before the claim is “submit[ed],” whether the EU or the Member State should act as respondent in the case. According to relevant EU legislation, it will be the EU who makes this determination and in any case exercises control over how the arbitration will be conducted. (3) The draft suggests a ceiling for compensation as well as multiple claims against the same respondent State. Further, the draft points to instruments by which the Parties to the TTIP may exercise more control over the arbitration and the costs it might entail as is currently the case for most investment treaty arbitrations. For example, No. 10) of the list envisages a fixed roster of arbitrators set up specifically for the purposes of ISDS under the TTIP. The Parties would define “a number of specific qualifications” the arbitrators must have and a Code of Conduct the arbitrators must adhere to. Both Parties should be permitted to file submissions in ISDS and they may adopt joint binding interpretations of investment provisions as well as resort to State-to-State arbitration. Finally, the draft adopts the UNCITRAL Arbitration Rules on Transparency, which will make public hearings and publication of all submissions the rule rather than the exception, and it considers whether “to permit that awards under this agreement would be subject to appeals on questions of law.”

There are essentially two things we can take away from this glance at the EU’s draft: First, it addresses many concerns raised against investment protection in general and ISDS in particular that should calm the temper of those who are not opposing trade and investment liberalization per se: Inter alia, (i) the EU’s TTIP draft considerably limits the scope of several substantial standards, such as in particular fair and equitable treatment; (ii) it considers that the Contracting Parties may adopt joint binding interpretations of TTIP provisions and thus to prevent expansive readings by arbitral tribunals; and (iii) it intends to incorporate a number of transparency measures regarding ISDS, including public hearings and publication of all decisions and submissions. Both substantively and procedurally, the draft does indeed restrict investment protection to a considerable degree compared to the regime in place under most international investment agreements. Secondly, questions remain rather in view of technical legal matters. What does it mean to prevent “excess compensation”? Setting an absolute amount (apart from being arbitrary) would invite nationalization of assets that considerably exceed that threshold. Creating a relative (or normative) standard may prove difficult – what does “excess” actually mean then, if not an absolute threshold? Moreover, how should we understand the relationship between “public interest,” a necessary requirement for an expropriation pursuant to Article 14(1)(a) and a “legitimate public policy objective” under the Annex, which might exclude a finding of indirect expropriation? How can Article 18(1) of the draft, which orders that all BITs between the US and EU Member States cease to “apply” once the TTIP enters into force, be reconciled with Article 59 of the Vienna Convention on the law of Treaties? Would this require the EU Member States, or at least those having BITs in force with the US, becoming Parties to the TTIP? 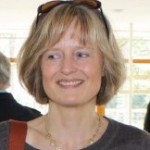