“Spicing up the Spaghetti Bowl” 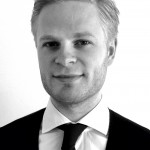 The world economic order is in transition. Reform of the WTO’s multilateral trade system has proven difficult for over a decade now, leading an increasing number of states to promote their mutual trade relations through preferential trade agreements (PTAs). Jagdish Bhagwati’s famous “spaghetti bowl” metaphor has repeatedly been invoked to describe the numerous implications and difficulties which arise from this boost of regionalism, which has already led to more than 300 PTAs currently being in force worldwide. In addition, recent negotiations of future “mega-regionals”, such as the planned EU-US Transatlantic Trade and Investment Partnership (TTIP) and EU-Canada Comprehensive Economic and Trade Agreement (CETA), allegedly having considerable impact on national environmental, labour, health, and other standards, have added a controversial political dimension to the debate.

How are these complex developments to be assessed from a legal perspective? To approach this question, Prof. Dr. Peter-Tobias Stoll (Institute for International Law and European Law, Göttingen University), the Center for European Governance and Economic Development Research and the Göttingen Association for the Promotion of International Law, convened the „Göttingen Conference on Preferential Trade Agreements and World Economic Order“ from 6-8 March 2014. A group of highly distinguished scholars and practitioners in the field followed Prof. Stoll’s invitation to Göttingen’s Historic Church of the Paulines Conference Center to discuss the numerous legal and economic implications of PTAs in eight panels of what was at the same time the first conference of the International Law Association’s new Study Group on Preferential Trade Agreements.

Discussing international trade law matters first and foremost requires getting a glimpse of their economic determinants. Hence, the conference started with an interdisciplinary panel chaired by Prof. Inmaculada Martinez-Zarzoso, Ph.D, on which Prof. Gabriel Felbermayr, Ph.D. and Dr. Anirudh Shingal undertook economic appraisals to PTAs. They presented a range of key figures on preferential trade in general and TTIP in particular, suggesting (inter alia) that TTIP will likely promote transatlantic trade but might also have adverse effects on trade with third countries. But how reliable are these predictions? The presentations shared valuable insights on the methodological difficulties in collecting and interpreting the relevant data, pointing out that many economic models have to rely on hypothetic assumptions rather than empirical research and thus have to be handled with caution. Also, according to Prof. Felbermayr, public discussions sometimes invoked average figures, such as the estimated decrease of tariffs by (only) 3 % by TTIP, although tariffs varied significantly depending on sectors and products. In addition, Dr. Heinz Hetmeier (German Federal Ministry for Economic Affairs and Energy, Berlin) introduced a “politician’s point of view”. He described the EU being as a leading actor in regional integration, with most EU member states currently being parties to more than 20 PTAs. He expressed the hope that, while PTAs tend to conflict with WTO rules, coherence can be reached through WTO law’s mechanisms such as notifications, consultations and recommendations.

Non-tariff barriers in trade in goods and services trade liberalization

In the words of Katrin Arend, M.Jur., Ph.D. chairing the second panel, “the main obstacles to trade aren’t tariffs but the hidden barriers behind the borders.” Thus, discussions focused on the eminent topics of non-tariff trade barriers in goods and services trade liberalization. Prof. Dr. Jim Mathis criticized the reluctance of states to mutually recognize product standards as a primary non-tariff trade barrier, using the famous example of 15 states using the exact same automobile crash-test procedure, yet refusing to mutually recognize each other’s security certificates as sufficient for granting market access. He proposed a shift in the burden of proof: If the relevant parameters are identical, the burden should be on the national regulation authorities to proof sufficient reasons for non-recognition. Prof. Dr. Markus Krajewski, approaching trade in services liberalization from a wider perspective, made the point that it is very difficult to measure non-tariff barriers for trade in services. He suggested that PTA liberalization of services and services regulation are rather two sides of the same coin and have to be regarded in their context rather than from a trade perspective alone.

Scenarios of multinationals suing states before international arbitration tribunals for horrendous sums, claiming that legitimate national regulation was „indirect expropriation“, appear frequently in the argument of PTA opponents. Presided by Prof. Carlos Esposito, J.D., Ph.D., the third panel thus turned to this and other seminal issues of investment disciplines. Prof. Dr. Freya Baetens, LL.M. gave a presentation on investor-state dispute settlement (ISDS) and the controversially-discussed need of investment chapters and ISDS in PTAs. She noted that, from a cost-benefit perspective, investment chapters would not necessarily raise the standard of investor protection, but still might come with certain advantages such as tribunals specialized in the field. Prof. Dr. Christian Tietje, LL.M. emphasized that investment chapters are capable of promoting the rule of law and complement human rights regimes, for example inasmuch as they extend economic freedoms also to legal persons. He finished by sketching new EU model investor rights for PTAs, which undertake to supplement the traditionally vague standards of “fair and equitable treatment” and “indirect expropriation” by definitions and examples in order to guide future tribunals and thus prevent undesirable findings.

For the first time ever, PTAs reach beyond trade matters and incorporate provisions, or even entire chapters, on sustainability and responsibility. Chaired by Prof. Dr. Rüdiger Krause, the panelists of the fourth panel picked up this development by delivering detailed and thorough analyses on PTAs and the protection of labour rights (Franz Christian Ebert, LL.M.), the environment (Alice Kipping, ICTSD, Geneva) and culture (Prof. Dr. Michael Hahn). Labour rights and related complaint procedures, after having effectively been removed from the WTO agenda in the 1990s, are likely to regain influence in modern FTAs and investment regimes. A like trend exists as to environment protection provisions, which some states already have invoked in a number of trade and investment disputes. Several RTAs also entail the regulation of trade in goods with a specific nexus to culture, such as audio-visual products or traditional or region-specific goods, which is of particular interest as international law contains a range of provisions protecting culture and especially broad definitions of the term itself.

Do PTAs meet the criteria of WTO law for preferential trade arrangements? Granting preferential treatment to PTA members is indeed the exact opposite of the WTO’s fundamental principle of granting most-favoured-nation treatment to all states. Reason enough to approach this fundamental friction in a separate panel, chaired by Prof. Dr. Elisa Baroncini, which turned to the relevant provision of Art. XXIV GATT and its preconditions and limits for PTAs. Prof. Dr. Christián Delpiano proposed a reading of Art. XXIV GATT “in dubio pro development”, emphasizing that there is a link between preferential treatment under this provision and development. Dr. Lorand Bartels addressed the question of non-tariff barriers to trade. Based on a well-informed analysis of recent DSB cases, he argued that “closed mutual recognition provisions” in PTAs, i.e. provisions excluding from mutual recognition those standards of a third state which have been recognized as equivalent by one PTA member but not by others, do not meet the Art. XXIV GATT necessity test developed in the DSB landmark decision of Turkey – Textiles. In his comment on the two presentations, Prof. Dr. Kim van der Borght aptly pointed out that Art. XXIV GATT, once drafted as an exception, had by now become the “front door” for PTAs.

Presided by Prof. Dr. Friedl Weiss, LL.M., the final panel aimed at adding additional perspectives to the debate. Charlotte Sieber-Gasser put regionalism and multilateralism in their historic context and presented their ongoing interplay in the development of the international economic order. Prof. Andrew Mitchell, Ph.D. provided a country-specific view on current and future Australian PTAs, while Lothar Ehring (European Commission, DG Trade) hinted at difficulties of liberalization through PTAs, such as problems to apply rules of origin to products from disputed or jointly-administered regions and the predominance of the WTO DSB.

An agenda for future research

In his concluding remarks, Prof. Dr. Andreas Ziegler, LL.M sketched a research agenda on PTAs, comprising the need for a coherent approach to “mega regionals”, opportunities for bringing developments back to multilateral level, issues of sustainability and development, regulatory competition, and the wide field of investment protection and the rule of law.

öttingen Conference on Preferential Trade Agreements and World Economic Order” was an impressive starter’s gun for future research. The topic of PTAs, one of the most important developments in contemporary international economic law, will also be addressed by the Research Group on Regionalism in International Economic Law which is going to be established by Prof. Stoll in Göttingen. 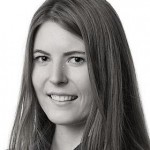 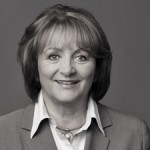