Hoping for Distomo – Of time and transition 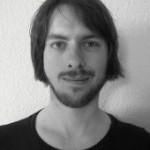 72 years ago, on 10 June 1944, Waffen-SS troops invaded the Greek village of Distomo. When they left, 218 inhabitants had been massacred, the buildings burned to the ground. An eyewitness entering the village afterwards described how the streets were lined with corpses hanging from the trees, their bodies bearing the marks of the gruesome acts that had led to their deaths (see Finke, EJIL 21 (2010),853, Fn. 8).

When I first thought about writing a text to highlight this day, I felt myself give up almost immediately. 72 years, I thought. What is there to say after 72 years? Is there still hope that the remaining survivors will see the day, when the German government finally gives in and pays the historic debt that it has owed them for 72 to years? At first I was inclined to give a negative answer to these questions. I would either give up on the project altogether or write the text no matter what. Thinking about Distomo in light of the latter option, I began to see things differently as I looked at how the case had evolved over time and how that connects it to a similar evolution of other cases.

After the war had ended, Distomo first came up in a legal context when the US military tribunal that succeeded the Nuremberg trials focused on the war crimes committed during the Balkan campaign. The so-called “hostage cases” revealed how SS and Wehrmacht had met with fierce resistance by partisan groups in the entire Balkan region. They responded by taking civilians hostage and retaliating against civilians when they were attacked. The “quota” often exceeded 70 executed civilians for each German soldier killed. It is only due to these excessive “quotas” that some of the generals were finally sentenced. The overall practice of retaliating against civilians, however, was seen as legally permissible at the time, while partisan resistance was deemed illegal.

After the civil war, which had engulfed Greece after WW II had ended in 1949, criminal prosecution of German war criminals also commenced there. By the time they had shown some results, Germany entered into negotiations with Greece concerning a lump sum payment. Concluded in 1960, Germany paid 115 Million Deutschmark to the Greek state in order to settle all claims arising out of the persecution due to race, religion or world view. Victims of other crimes, like those in Distomo were not covered. Part of the deal was to hand over all present and future criminal cases against German citizens, so they could be tried in Germany. However, none of the accused were ultimately convicted. To this very day, the only Germans ever sentenced on German soil for the crimes committed in Greece and the Balkans are those sentenced by the US military tribunal.

After this, there seems to be a long standstill with regard to the Distomo case, which lasts more or less until the beginning of the 90s. Over this time, a lot has changed. The Auschwitz-Trials in Frankfurt in the 60s have profoundly altered the perspective within the German society and has raised awareness for the past crimes. The trials of Adolf Eichmann in 1961 and of Klaus Barbie 1987 did the same for Israel and France, but also for the larger international public.

Distomo re-emerged with the German reunification. In 1953, the London Debt Agreement had postponed the settlement of Germanys war related debts, until there was a final peace agreement. An international agreement with that exact title never came into existence. Instead there was the Treaty on the Final Settlement With Respect to Germany, also known as the 4+2-Treaty. It did not touch upon the question of war-related debts, which has so far led to a number of different opinions on the current legal situation, calling into question the peace treaty character of the 4+2-Treaty or interpreting the omission of any reference to debts as either an annulment or as explicitly leaving the question open (more on all this here).

Relying on the interpretation that the question of war-related debts was now open, the survivors of Distomo approached the German government. When this attempt was disregarded, a series of trials commenced, with the Greek court in Lavadia according a 37,5 million Euros to the victims in 1997, which was then confirmed by the Greek federal court, only to see the enforcement halted by the Greek government. The subsequent attempts to enforce the title in Germany failed at all judicial levels and even with the ECHR. At the same time, the survivors were almost successful in their attempt to enforce the title in Italy. An attempt that was once again halted in the last minute by the Italian government. The case was seemingly settled by the following ICJ ruling , which held that Italy had infringed Germany’s sovereign immunity by allowing the trials, a matter that also concerned all the other previous trials outside of Germany. The ICJ did however call into question how Germany had handled requests for compensation for war crimes suffered and called upon the parties to settle through diplomatic means. The fact that this call was not heard led to a new development before Italian courts which in 2014 culminated in a decision by the Italian constitutional court. Based entirely on domestic law, it once again allowed trials against Germany concerning war crimes committed during WW II, allowing core human rights to prevail over sovereign immunity.

72 years of picking up speed

Since this last big decision, lower courts in Italy have reopened some of the cases, but so far no money has been paid and no German property seized. The question is what will happen next. Which brings us back to the original question. What is there still to say? What is there still to expect? Looking at the chronology presented above, it is evident that during those 72 years, the Distomo case has picked up speed. It has not done so consistently, it has encountered a lot of resistance and it has not yet reached its goal. Also, the impression prevails that the German government is not willing to pay unless it is forced (Question Nr. 7 here).

If one looks at the question of victim compensation as one part of transitional justice, then this is a reoccurring phenomenon. Despite the historic and individual uniqueness that separates all the events summed up under this term, they are also united by the essential role played by time as the essence of change.

This is not an attempt to put forward the idea that time heals everything. It does not. Apologies do. Convictions do. And finally, compensation does. But all across the world, governments have become weaker over time in their resistance to facing the past. In all those cases it is not the magical hand of time which has brought about change, but the persistence of civil society actors over time. The Barrios Altos case in Peru is just one example among many. All of these cases have not just put pressure on individual governments, but have also helped to slowly steer international law into a more human-centred direction over the last 72 years.

In the Distomo case some battles, like getting convictions for the crimes committed, seem to have been lost. The fight for compensation however is backed by the survivors themselves and by activists across Europe. Slowly but surely it has picked up speed over the last 72 years. This is the reason why I still hope for Distomo. 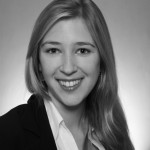 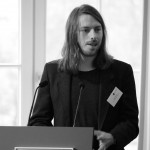 17. Dezember 2015
Recht politisch
Felix Würkertinternal conflictspacifist utopiaUN CharterVölkerrecht
– The realist utopia of international law – von FELIX WÜRKERT Two phrases by two very different figures, the one being a British artist from the 20th century, the other a French socialist from the late 19th and early 20th. Yet John Lennon and Jean Jaurès are united by at…
Weiterlesen