– The realist utopia of international law – 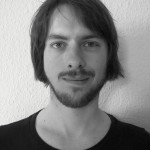 Two phrases by two very different figures, the one being a British artist from the 20th century, the other a French socialist from the late 19th and early 20th. Yet John Lennon and Jean Jaurès are united by at least one more feature than the apparent – both of them where assassinated. In light of the pacifism both men shared this seems like a cruel turn of fate. Another such cruel fate is the fact that one has to go so far back to find voices that would utter this believe in such a hopeful way. No current names come to mind. The general attitude seems to have changed or rather slowly slipped away. And despite what some may say, this phenomenon does not limit itself to public opinion and official policy. Within the field of law, especially international law pacifism is not en vogue.

The reboot of international law

As appealing as the two phrases in the heading are, they are also somewhat of a cliché. A socialist politician and a hippie musician and artivist support peace. Who would have guessed? Which brings us to a group of people far less likely to utter such seemingly utopian ideas, who none the less proclaimed themselves to be “determined to save succeeding generations from the scourge of war, which twice in our lifetime has brought untold sorrow to mankind”. Most of the founding members of the United Nations had been dragged into a war by Nazi Germany and its allies, that had killed an estimated 50 to 85 million people. About a 100 million soldiers participated in World War II, that ended during the ratification period of the UN Charter, after the Unites States had dropped two nuclear bombs on Japan. Thus, the founding member-states and their representatives can hardly be labelled radical pacifists, as one might do with Lennon and Jaurès. It is this difference, which makes the idea of the UN Charter, a system of global peace and cooperation that seeks to abolish war altogether, seem even more radical. The fact that at the time, the existence of humanitarian law was partly called into question, because – what would it be needed for, only further highlights this revolutionary change.

Despite this somewhat utopian and idealist starting point, the Charter does not outright ban the use of force, but makes it an exception that “shall not be used, save in the common interest”. Ideally, this would happen by troops under direct UN command, as set out by Art. 43 of the Charter. Even though this was never realized, the idea was to concentrate the use of force on an international level and thereby further minimize its use between states. So in the end, what the Charter was and is aiming to achieve – if there is such a thing – is a realist utopia.

Internal conflicts: the black holes and loopholes of the utopia

This utopia seems to have had at least one birth defect however. After a war that had entirely disregarded borders, national sovereignty and the right to self-determination the UN Charter became fixated on the state and on interstate peace. The question of internal peace was largely left to the states themselves, with some exceptions regarding the decolonization process. The fact that not even this exception was very far reaching is well illustrated by the Algerian war of independence. In many ways the UN Charter can be seen as a system of subsidiarity, when it comes to the question of war and peace. It is therefore, that concepts like R2P have such a hard time, because they do not fit into this initial system of subsidiarity, in which internal conflicts are the black holes of the pacifist UN utopia.

If one looks at the statistics the UN Charter has so far done its job of preventing large interstate conflicts. On the other hand, the number of internal conflicts is steadily on the rise. And as instances from the Nicaragua case to the conflict in eastern Ukraine have shown, they are also used as loopholes to cover up, what are in fact interstate conflicts. From a legal perspective the internal conflicts suffer from a normative setting which is precarious to say the least. And while intended to clear things up, internationalized conflicts as a third category have so far not helped to resolve this problem.

Even if internal conflicts were not at the centre of attention when the UN Charter was drafted, they have increasingly come into focus of media, activists, NGOs and last but not least the international community. Especially with regard to media coverage and public interest the Biafra war from 1967 is sometimes seen as the start of a new phase. The genocide in Rwanda in 1994 and Srebrenica 1995 once again ushered in a new phase in international law, with the rise of international criminal law on the one hand and the unauthorized NATO intervention in Yugoslavia in 1999 on the other.

During all these changes and up to today, the UN Charter and its provisions on the use of force have remained unchanged. What has not remained unchanged is the way these provisions have been applied in practice. Normative change is happening. There is a clear push towards interventions in internal conflicts, as illustrated in Georgia, Côte d’Ivoire, Mali, Libya, Yemen and now Syria and Iraq. One way or another the concept of R2P or rather the responsibility to intervene part of it, has made its way into practice. And while the UN Charter might not have been designed with a focus on internal peace in mind, its promise of peace is a universal one. It has been appropriated by people around the globe as a central promise to them and not just their states. This is one of the parallels with the promises of national constitutions that the idea of global constitutionalism is based on.

In the current situation, where the interventions in Syria and Iraq are being intensified, the question of their legality is frequently raised. While the states concerned and one part of the international legal community regards the intervention as legal, others have raised serious doubts. And while the argument for its legality can probably be made, it is not without cutting a few corners in the process. This is not what one would call an easy fit. This is illustrated by a Security Council Resolution, that uses part of the language of Chapter VII (“all necessary means”), while refraining from the crucial part of it (“authorizes”). This is further illustrated by the fact, that the entire question of self-defence against none-state actors and whether or how such an act of self-defence would override state sovereignty, is far less clear in the legal debate, then some might suggest right now.

When the German Parliament decided on the mandate to send troops to Syria, these concerns where brushed aside by the German foreign minister by saying that Parliament was not a seminar. However these concerns and questions should not be seen as mere academic games or political manoeuvres. What we can witness is the UN Charter working. All the unease, all the cutting corners, all the bad fits are merely the result of the normative framework of the UN resisting a change that steers too far from its raison d’être. As highlighted at the beginning, the UN Charter set out to create a pacifist utopia. Therefore no one should be surprised if it does not easily lend itself to a project that seems to reduce the idea of the responsibility to protect to a responsibility to bomb. The Charter is not there to facilitate the use of force, but to hinder it.

So suppose one where to give in to the doubters and the naysayers, what then? Well, in that case the Charter has a pretty clear-cut answer. In that case, there is no use force and other means will have to do. It is that simple. This is the whole point of the UN Charter as a normative constraint. Times of crisis create a feeling of helplessness. It is only human to want that feeling to end by means of taking some kind of action. It’s the time of the proverbial hard case that makes bad law. Which is why the law, meaning the UN Charter is already there. What the UN Charter did – and not only in legal terms – is turn around the burden of justification. It is no longer for the likes of Lennon or Jaurès to justify, why war should not be the answer, but for those wishing to wage war to justify, why peace should not be given a chance. 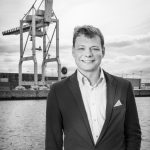 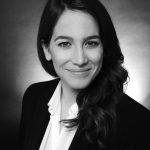 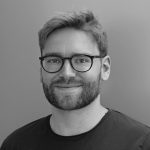