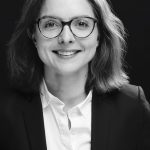 Major transformations of the regulatory regime for renewable power plants are currently forcing plant operators to revise their business scenarios. In this process, Power Purchase Agreements (PPAs) are likely to play a key role. Despite this concept being relatively alien to the European market, the capacity of PPAs installed in Europe has increased more than tenfold since 2008. By 2020, more than half of the worldwide installed capacity of renewables is expected to be contracted through PPAs.

From a legal perspective, PPAs can be qualified as long-term electricity supply contracts which are generally concluded between a seller (a power plant operator) and a buyer (typically, a commercial entity). However, contractual arrangements highly depend on the buyer’s demand of power and the type of renewable energy involved. A physical delivery of power, in rare cases even via a direct line, can be part of the agreement (“physical PPA”). More commonly, the cash flow only depends on the difference between the spot market power price and the contractually defined price – similar to a derivative (“virtual PPA”).

Although the use of PPAs is not necessarily limited to the sector of renewables, this has become their main field of practical implementation. In the United States, Google, Apple, Microsoft, and other globally acting companies have recently tried to boost their “First Mover Image” in terms of sustainable business making by closing long-term PPAs.

The vast majority of PPAs in Europe is currently contracted in the United Kingdom, the Netherlands, and the Scandinavian countries. This mainly results from the fact that national legislation obliges companies to cover a certain percentage of their power demand through renewable energy sources. In Germany, there is no such mandatory quota. Instead, the promotion of renewables has so far been characterized by statutory remuneration schemes such as market premium models and, on a subsidiary basis, feed-in tariffs. However, since the European Commission is urging Member States to reform their remuneration schemes, German legislation aims at a full market integration of renewables. Recent bidding processes for offshore wind parks resulted in 0.00 EUR/kWh, which forces wind park operators to make their investment decisions without any future statutory subsidization. A similar development is expected for other types of renewables, namely onshore wind parks, biomass, and photovoltaic plants. In addition, financial support expires for a number of existing power plants in the near future. Building costs of renewable power plants have been constantly falling, leading to a higher competitiveness of renewables compared to conventional power generation.

These regulatory and market changes will soon fully expose plant operators to market price fluctuations, requiring a shift towards independent models of project financing instead of statutory remuneration.

The most obvious advantage of concluding PPAs is that they increase the security of investment. A guaranteed purchase of power supports the creditworthiness of the plant operator, leading to lower financing costs and enhancing liquidity. This facilitates further investments and allows for further operation even after the subsidy period has ended. Furthermore, PPAs mitigate the market price risk through a secured cash flow or – depending on contractual provisions – an upfront payment.

Besides that, PPAs allow for a more independent business strategy in terms of construction and marketing. Since statutory remuneration is not received, power plants can be constructed and operated outside the statutorily determined expansion corridor. This gives investors the possibility to tailor the dimensions of the power plant to the specific needs of the buyer (e.g., for photovoltaic plants). Besides, no sunk costs arise for the planning and permitting procedure in the event of an unsuccessful bid.

How to Address Risks of Contracting a PPA

At first glance, PPAs seemingly create a win-win situation for both contractual parties. However, upon contract negotiations, some major risks must be taken into account.

For both parties, the downside of hedging price risks through a PPA is that the market price might not develop as foreseen by the contractual parties. In Germany, a mutual false assumption upon stipulation of the contract can constitute a reason for frustration of contract. However, due to the restrictive jurisprudential line of the German Federal Court of Justice, it would not be sufficient to solely rely on this legal instrument. Likewise, general safeguard clauses do not provide legal certainty because they require exceptional conditions for the contractual price to be adjusted. Instead, special price adjustment clauses should be part of the contractual risk allocation. Likewise, general safeguard clauses must be precisely phrased, clarifying whether the volatility of the market price falls within their scope.

Moreover, the buyer faces an operational risk by solely relying on a single power plant. To cover the risk of underperformance because of delay of operation or merit-order effects, a solid due diligence is crucial. Besides, production studies provided for the respective type of energy must be thoroughly assessed. In terms of contract design, indemnity clauses need to be stipulated in case actual production falls short of the forecasted levels.

In case of long contract periods, chances are also high that the regulatory framework might change to the detriment of either of the parties. However, under German constitutional law, legislation may only have retroactive effect in exceptional cases. Hence, current projects will most likely not directly be affected by changes of legislation. To address this issue, it should be sufficient to include regulatory changes into the scope of general safeguard clauses. 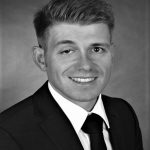 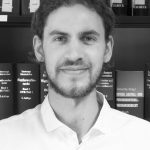