In order to reduce the risks of carbon leakage and ensure competitiveness of EU companies subject to the EU Emissions Trading System (EU ETS), the European Commission plans to propose a border carbon adjustment (BCA) in 2021. In fact, the Commission hopes to raise €5 billion to €14 billion per year from the BCA to finance its post-covid-19 recovery budget.

A BCA is basically a tariff on imports from countries without comparable climate policies to ensure that importers face the same costs of emissions as domestic producers. It may be accompanied by a refund of taxes paid or the cost of emission allowance on export. This is not the first time that it has been proposed in the EU. In 2007, the Commission in an unpublished draft that sought to amend the EU ETS proposed a ‘Future Allowance Import Requirement’ which sought to apply BCA to products exposed to the risk of carbon leakage. The second and third proposals were by the French government – one in 2009 and another in 2016 – which sought to include importers in the EU ETS. All these proposals did not sail through and one of the fears has been violation of World Trade Organisation (WTO) rules.

A BCA under the EU ETS can take two forms – a carbon tax or a mandatory requirement for importers to buy emissions allowances. Whichever form it takes, the design needs to comply with the WTO rules.

One of the fundamental principles under WTO is non-discrimination which requires;

This means that if a border carbon tax is imposed on imported cement, importers should pay a tax equivalent to the permit price had the cement been domestically produced. If the BCA takes the form of permit purchase, then importers would be required to buy emission allowance at the same price and conditions as purchased by domestic producers for like products. A similar amount of emission allowances should be available and accessible in the market to both importers and domestic producers. Whichever form the BCA takes, all allowances need to be auctioned rather than freely allocated since free allocation would amount to a favourable treatment of domestic products. Additionally, importers from different countries should also access the emission allowances (or pay taxes) under same conditions and prices, meaning that there should be no exemption or preferential treatment of products from any member states. However, products from developing/least developed countries can receive some favourable treatment or exemption.

The fluctuating carbon prices in the EU ETS may lead to violation of the non-discrimination principle where the BCA takes the form of a carbon tax. Consequently, a price floor can be implemented which could then be used to determine the tax rate. This ensures that the permit price would never go below the tax paid by importers for like products.

Justification under the GATT Exceptions

Where the BCA violates the non-discrimination principle, it may be justified under the exceptions in Article XX GATT if it can be shown that it is necessary to protect human, animal or plant life or health or if it relates to the conservation of exhaustible natural resources (paragraphs (b) and (g) of Article XX GATT) . The environmental effectiveness of a measure is a relevant consideration for this. A BCA designed to reduce emissions and actually makes a material contribution in emission reduction would be justifiable. However, if the effect of the BCA is that reductions in some sectors are replaced by increased emissions in for instance export sectors, then it may not comply with the exceptions. Additionally, targeting carbon intensive products at significant risk of carbon leakage makes it easier to justify the environmental effectiveness of the BCA. The Commission already hinted that the proposed BCA would be introduced in selected sectors that are at risk of carbon leakage.

In accordance with the introductory paragraph of Article XX GATT, the BCA should not be applied a manner that would constitute a means of arbitrary or unjustifiable discrimination between countries where the same conditions prevail. According to the decision of the Appellate Body in the U.S-Shrimp case, one way to demonstrate this would be for the EU to take steps to negotiate with countries likely to be affected by the BCA. Additionally, the BCA could be designed with flexibility to take into account conditions in exporting countries. Thus, a BCA with preferential treatment of developing countries would not only gain the support of this provision (and comply with MFN exemptions) but also support the common but differentiated responsibilities principle under the Paris Agreement. 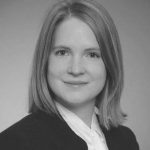 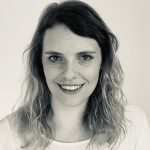 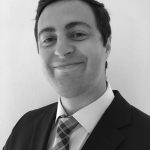