Fragile Nations and Interculturalism: The Case of Québec 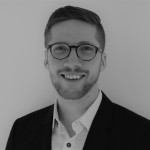 It is incumbent on minority nations evolving within democratic multinational states to treat immigrant minorities fairly by enshrining a “politics of difference”. Yet minority nations sometimes fear that recognizing their own internal diversity through multiculturalism policies threatens their very existence. It is vital for the democratic future of a minority nation that its feeling of being a “fragile nation” not entail the rejection of a “politics of difference.” Focusing on Québec within Canada, I argue that interculturalism can provide fair treatment for immigrant minorities as well as lessen a minority nation’s feeling of fragility.

Minority nations (such as Québec, South Tyrol, Catalonia, Scotland, etc.) tend to be more „fragile“ than sovereign nations (such as Canada, Italy, Spain, UK, etc.) because they have not been formally recognized, because their institutions are limited in scope, and/or because of their cultural „insecurity“ in response to cultural globalization and mass migration.

There are objective and subjective causes to a minority nations’ feeling of fragility. At the objective level, given that minority nations evolve within a larger and more comprehensive constitutional order, their political and legal capacity to develop and consolidate their “societal culture” – an institutional framework necessary for any community to fully live within its desired social, political, legal, cultural and economic parameters – is limited. At the subjective level, given that minority nations were sometimes conquered or annexed by another political community, they often tend to view themselves „small“ regardless of their actual size in terms of population or territory.

In light of their feeling of fragility, it should come as little surprise that minority nations tend to perceive multicultural policies as a threat. More precisely, these policies are often seen in minority nations as impediments to a newcomers’ integration within the minority nation’s societal culture and as encouragement for newcomers to live a parallel existence in a ghettoized community. Even if this perception is wrong-headed or only partially true, it would be foolish not to take seriously this feeling of fragility.

In 2007, Gérard Bouchard and Charles Taylor – two of Québec’s finest intellectuals – were appointed by the government of Québec to chair a public consultation on accommodation practices related to cultural differences. Back then (and perhaps even nowadays) there was a perception that Québec’s institutions were over-accommodating minorities, particularly in response to claims mobilized in terms of religious accommodation. The Bouchard-Taylor Commission sponsored thirteen research projects carried out by numerous specialists, organized thirty-one focus groups, held fifty-nine meetings with experts and representatives of ethnocultural organizations, and commissioned forum-sessions involving the participation of nearly 3,500 citizens. In the end, Bouchard and Taylor arrived at the conclusion that Quebec was not in the grips of an accommodation crisis as some politicians and journalists had claimed; rather they argued that Québec francophone majority was suffering from an identity-oriented malaise rooted in a feeling of cultural fragility/insecurity. However, instead of proposing a multicultural solution to this problem, the Bouchard-Taylor commission’s key recommendation was for the Québec government to adopt its own politics of difference, namely that of interculturalism.

Interculturalism and the Management of Fragility

To be clear, Bouchard-Taylor had something different in mind than what the Council of Europe understands as interculturalism. The Council of Europe sees interculturalism mostly as the social dynamics of (large) cities where no ethnocultural group should prevail or dominate in defining civic norms. By contrast, the Bouchard-Taylor Commission pictured interculturalism as a model for managing diversity adapted to a specific societal or national framework and one that was distinct from Canada’s policy of official multiculturalism.

Ironically, interculturalism and multiculturalism are in some ways similar: both models for managing diversity reject the anglo-conformity approach of assimilation, preferring a looser dynamic of integration and therefore accepting the legitimacy of politics of difference. I suggest that the fundamental distinction between interculturalism and multiculturalism derives from the narratives they put forward to make sense of the interaction between the host society and newcomers. Basically, multiculturalism’s narrative suggests that it is the state’s moral obligation to properly recognize immigrant minorities by providing them with politics of difference which in turn will enhance their integration into a host society. Inverting the storyline, interculturalism’s narrative first stresses the need to facilitate newcomers’ integration into the host society and, in doing so, it recognizes the presence and the legitimacy of a “cultural majority.” Subsequently, interculturalism emphasizes the importance of empowering collective identities and consolidating integration dynamics through politics of difference.

Therefore, I argue that fragile nations such as Québec should develop their own politics of difference within the framework of interculturalism. In doing so, minority nations can treat immigrant minorities fairly without amplifying their feeling of fragility. In fact, this would contribute to mitigating a minority nation’s potential for “identity malaise”, since the interaction between the host society and newcomers would be framed through the integration of the latter into the former.

Of course, a new policy of interculturalism may not be enough to altogether do away with a minority nation’s feeling of fragility, but it can contribute to alleviating them. To further this process, my colleague Dave Guénette and I have argued that multinational states should evolve in a way that is consistent with the key principles of liberal democracy; multinational states should accept asymmetrical institutional frameworks and, in the spirit of federalism, provide minority nations with the necessary constitutional jurisdictions for them to fully develop their own societal culture.

Thus I particularly welcome the Québec government’s new Policy for Québec’s Affirmation and for Canadian Relations (June 2017). Not only does this policy argue that a fair partnership for the Canadian federation requires that Québec, as a minority nation, be endowed with the constitutional capacity to develop its own societal culture, it also announces that the Québec government is moving forward with the introduction of a formal policy of interculturalism. Although it has taken a decade for the government to follow the Bouchard-Taylor Commission’s main recommendation, it is clear that the government is now taking a step in the right direction. 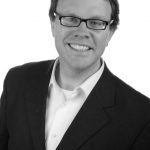 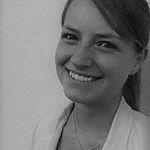 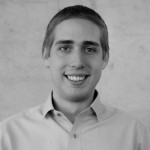