A deconstruction of the jurisdiction of the CJEU in CFSP matters – enlightenment at the end of the tunnel? (Part 2) 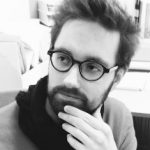 The first part of this blogpost can be found here.

The CFSP, as is well known, is a policy field in its own right that is still structured along intergovernmental lines. The EU thereby provides the institutional resources for the coordination and formation of a CFSP. In his commentary on Art 23 TEU Kaufmann-Bühler, quite pointedly, observed that the structures of the CFSP are something akin to a form of “Organleihe” (organs on loan), where member states draw on the organs and institutions of the EU, but are ultimately (commonly) responsible for the implementation of the policies. Given this structural set up, it is little wonder that the CFSP has in general been viewed with the underlying sentiment that the implementation of the CFSP should not be of direct concern for individuals.

If we now address the question of the CJEU’s jurisdiction from the very premise that the CFSP is a policy field where member states utilize EU institutions and organs to the benefit of establishing a CFSP, we must not forget that also this utilization is limited by the principle of conferral. The actions of EU organs and institutions within the CFSP thus cannot go beyond the competences set out in the Treaties. The very question of what the competences are that have been conferred to the EU within the realm of the CFSP is however notoriously difficult to answer. The Treaty provisions are vague and the CJEU’s case law has been focused on demarking the lines between the integrated external policies and the CFSP – not least because of the limited jurisdiction of the CJEU – telling us very little about the vertical dimension and the limits of the CFSP.

Nevertheless, a closer look at the Treaties underscores that although the “Union’s competence in matters of common foreign and security policy shall cover all areas of foreign policy and all questions relating to the Union’s security, including the progressive framing of a common defence policy that might lead to a common defence” which in turn “shall provide the Union with an operational capacity drawing on civilian and military assets”, the EU in operational terms is reliant on “using capabilities provided by the Member State”. This, by the way, is also accentuated by most commentators – including Schmalenbach – who hold that the political and strategic control over overseas missions by the EU does not amount to an effective chain of command and control, allowing for the attribution of human rights violations to the EU under the terms of Art 7 ILC Draft Articles on the Responsibility of International Organizations.

The caveat that actions in the context of EU missions are not eo ipso attributable to the EU, moreover, is also highlighted by the case of EUNVFOR Pirates. Even though the EU’s institutions in this case were entrusted with the exercise of operational and tactical control, a German administrative court found that the member states retained a wide margin of discretion at theatre level and thus the capture, detention and transfer of suspects undertaken by a German navy vessel was attributable to Germany rather than to the EU.

In light of this, one might indeed wonder whether the Treaties don’t just actually provide a framework to set up the strategic and operational platform for the development of a CFSP and CSDP in particular but in fact do not confer competences to the EU, its institutions and organs to assume operational command and control at theatre level. If that is the case, then de jure there is no room for an involvement of EU institutions and organs in actions or omissions that could give rise to an attribution of human rights violations to the EU under the ECtHR’s Jaloud case law (discussed here), requiring “full command” at theatre level. Very much in line with the underlying sentiment that the CFSP is not a policy field that is of direct concern for the individual, the CFSP hence is – constitutionally – to be reconstructed as a policy field in which the EU’s institutions and organs are limited to a set of actions that are in principle not capable of producing human rights violations attributable to the EU. Or in other words any respective – de facto – involvement of the EU in human rights violations within the context of CSDP overseas missions is committed outside the scope of the CFSP (strictu sensu). This implies that the jurisdictional limits set out in Art 24 TEU and Art 275 TFEU – which, after all, are to be interpreted restrictively (Bank Refah) – are not applicable either. Rather, the CJEU would be called to adjudicate based on the very logic of Ledra, dictating that the EU, its organs and institutions cannot escape the human rights obligation spelled out in the Charter, even if and when they act outside the scope of the Treaties. Paradoxically, the argument that the EU, its institutions and organs are limited in their competences they can assume within the CFSP thus infers an “extension” of the CJEU’s jurisdiction to actions and omissions that relate to the CFSP in a wider sense.

As a side note, it might be added that any such action or omission of the EU in the wider context of the CFSP must not necessarily be considered ultra vires, since it is quite possible that a decision by which an overseas mission is established provides for the operational command and control for the EU. Any such provision while falling outside the scope of the CFSP strictu sensu could still provide a valid legal basis for the respective EU institutions and organs, as the member states are entitled, in areas which do not fall under the exclusive competence of the Union, to entrust tasks to the institutions, outside the framework of the Treaties (see i.a. Parliament v Council and Commission; Pringle). The CFSP in this sense is to be deconstructed as an intergovernmental and hybrid policy field where member states cannot only draw on the EU’s institutions and organs within the framework set out in the Treaties but can also utilize the EU’s institutions and organs by way of intergovernmental side accords enshrined within CFSP decisions. The differentiation between the former and the latter in practice, arguably, is not only obfuscated by the very vagueness of the aims and competences of the CFSP but also by the fact that without an explicit jurisdictional competence for the CJEU to adjudicate on the vertical dimension of the EU’s CFSP competences. Hence, on the forefront the CFSP can be regarded as both, a policy field within the constitutional context of EU law as well as a policy field of international coordination between the member states. In short: EU law and intra-EU international law mired together.

That said, as a consequence of the suggested human rights jurisdiction of the CJEU in matters that relate to the utilization of EU institutions and organs beyond the constitutional scope of the CFSP, the CJEU would also assume an implicit jurisdiction to delineate more clearly on what is part of the EU’s CFSP strictu sensu and what is part of the member states’ CFSP in a wider sense.

From the point of view of the EU’s envisioned ECHR-accession, the purported understanding ultimately infers that the seemingly insurmountable obstacle of incongruent human rights jurisdictions in the field of the CFSP may – to lean on and mixmatch an overcome CFSP-metaphor – vaporize like a drop of pastis poured on a hot surface: A distant smell of anis may be there but the essence is all gone. Where an act within the context of the CFSP is attributable to the EU under the ECHR, there is also an explicit or implicit human rights jurisdiction for the CJEU. Whether any such jurisdiction for the CJEU is adequate to substantially address human rights violations in the CFSP and in the context of the EU’s CDSP civilian and military overseas missions in particular is quite another question – and going by recent experience in the not all too dissimilar field of the EU’s external border control through Frontex you may be forgiven to have doubts. What remains with regard to an envisioned ECHR accession, nevertheless, is the surmountable obstacle to ensure that the CJEU’s tentative jurisdiction is effectuated through a prior involvement procedure in cases that have proceeded to ECtHR in spite of the CJEU having not been able make its mark.

And while the question of whether or not one is drawn to this epiphany of an essence-less pastis-experience is certainly a question of taste. In jurisdictional terms it is a question of the evolving predilections of the gourmets at Kirchberg.

I am very grateful to Lisa Kirchengast for her support and her most valuable input.

Drucken / PDF
Bank Refah, CFSP, CJEU, Lorin-Johannes Wagner
Nächster Beitrag
Hiding police violence through the use of Law, or the rise of authoritarianism in France
Vorheriger Beitrag
A deconstruction of the jurisdiction of the CJEU in CFSP matters – enlightenment at the end of the tunnel? (Part 1) 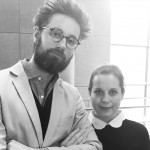 Ever closer Union… are you serious? Part I

19. April 2016
Recht politischRecht transnational
AEUVBrexitDavid CameronEuGHEuropäische UnionEva Radlgruberever closer UnionLorin-Johannes WagnerUnited Kingdom
Von EVA RADLGRUBER und LORIN-JOHANNES WAGNER When Lorin and I set out writing these little blog entries we initially thought about writing about the unchangeable nature of British demands in the wake of the ongoing Brexit debate. It, however, soon emerged that Lorin and I were much more interested in…
Weiterlesen 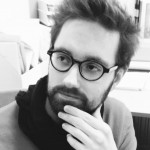