Male, Female or ‘Unspecified’: The case of Norrie 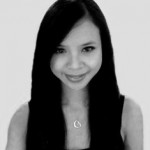 It has been estimated that one in one hundred people experience some form of gender or sex diversity. Not everyone easily fits into our social categories of ‘male’ or ‘female’ – and those who do not can experience social stigma, ridicule and discrimination from a young age.

The recognition that a person may be neither male nor female has recently been affirmed by the High Court of Australia. In NSW Registrar of Births, Deaths and Marriages v Norrie, the Court considered the matter of Norrie who was born with male reproductive organs and underwent sex-reassignment surgery in 1989. However, Norrie (who uses the pronoun ‘she’ in her legal submissions) found that the surgery did not resolve her gender ambiguity. Thus, she applied to the Register of Births, Deaths and Marriages to have her gender recorded as “non-specific.” After initially accepting her application, the Register revoked their decision and declared her application to be “invalid”. In a landmark decision by the High Court on 2 April 2014, the Court found that it was indeed within the power of the Register to record Norrie’s gender as “non-specific”.

Neither Male nor Female

In its ruling, the High Court accepted the Register’s argument that the Births, Deaths and Marriages Registration Act 1995 (NSW) recognises only “male” and “female” as registered classes of sex. As such, the Court rejected the argument of Norrie’s counsel for the inclusion of additional categories of gender identity such as “intersex” or “transgender”. However, the Court found that even though the only recognisable categories of sex were “male” and “female”, this did not mean that every person was required to be classified as such. Rather, the Court held that the Act recognises that a person may experience “sexual ambiguity” and, therefore, may be neither male nor female. Hence, while the Court did not recognise any categories of sex outside of male or female, it did recognise that not every person is able to fit into the categories of male or female. The Court’s findings were also based on an analysis of the text of the law, rather than a consideration of broader human rights principles.

Norrie’s case has been considered a ‘win’ for many advocates working for the rights of gender and sex diverse people. Norrie’s case is also, certainly, a ‘win’ for Norrie who is now able to more accurately register her gender as “non-specific”. The outcome of this matter has undeniably progressed the law and accorded greater recognition to gender and sex diverse people in New South Wales. It also contributes to other recent changes in Australia, such as the bill recently passed in the Australian Capital Territory recognising intersex or indeterminate/non-specific sex identity on birth certificates. Changes to the registration of sex for intersex persons at birth have also occurred in other countries, such as Germany.

The High Court’s recent ruling is progressive as it recognises that not every person fits seamlessly into the social categories of ‘male’ or ‘female’. Indeed, our gender identities of ‘male’ and ‘female’ are constructions of our culture which, when examined in closer detail, have little to do with our physical bodies. There is a difference between ‘sex’, which refers to our genitalia, and ‘gender’, which is our cultural expression of what it means to possess certain genitalia. However, there is not necessarily a ‘natural’ connection between sex and gender. Rather, gendered performances, such as boys climbing trees and girls playing house and women wearing make-up and men not, have little connection to what we have between our legs. Clearly, there is no ‘natural’ connection between the colour blue and penises, and the colour pink and vaginas. Rather, these are products of our culture and how our culture has developed to signify the difference between two people based on their genitalia.

Despite being cultural rather than natural, these expressions of gender have become so strongly naturalised that they appear as though they are natural and, therefore, are rarely questioned. These social constructions of gender have become so deeply imbedded within our cultural psyche that we even ‘police’ the gender expressions of our peers, such as the ridicule that effeminate men receive. Indeed, the anxiety and confusion that sex and gender diverse people create is because our society cannot ‘understand’ a person whose gender cannot be classified, which is the anxiety that Norrie’s application caused the Register. People are either male or female: So, the question goes, what are you?

The progressiveness of the High Court decision is that it found that people like Norrie should not be forced to fit into our categories of male or female so that we can understand them. Indeed, the High Court found that the Register did not have the power to make such “moral or social judgements”. Instead, it was our understanding of exclusively male or female that needed to change to accommodate persons like Norrie.

Nonetheless, the High Court’s judgement still maintains a strong connection between ‘sex’ and ‘gender’. Rather than recognising that gender is a cultural artifice, the Court reaffirmed the gender categories of male and female and, instead, attempted to carve out a space ‘in between’ or ‘outside of’ male and female for people like Norrie to exist.

Norrie’s court battles were also embedded with conflations between ‘transgender’ and ‘intersex’, much to the objection of the intersex community. There is a difference between ‘intersex’, which refers to persons born with biological features that are neither wholly male or female, and ‘transgender’, which refers to persons whose gender identity is different to the one assigned to them at birth. This confusion has arisen, again, from the strong naturalised connection between sex and gender, and of the idea that biology explains behaviour.

Tthe objection may be raised that this is simply too much to ask of the law. However, it must be kept in mind that the law is, after all, also a social construction. As expressed by feminist legal scholar, Catharine MacKinnon, the law is “forged in the interaction of change and resistance to change”. Hence, the law can be a gauge of the progressiveness of our society – what has the law recognised and what has it not? What does the law permit and what does it ban? The recognition of “non-specific” sex is definitely a step in the right direction to creating a society inclusive of gender and sex diverse individuals. However, we must not forget that there are still many steps to go.

Athena Nguyen is a doctoral candidate at Monash University in Australia. She has formerly worked at Amnesty International and the Victorian Equal Opportunity and Human Rights Commission. 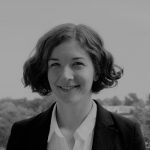