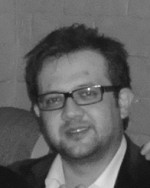 These notes were taken in the wake of Turkey’s local elections which were held on March 30th, 2014, and on the eve of the first anniversary of Gezi protests. AKP and Erdogan led the polls once again with 45% of voters in spite of corruption allegations, impeding a fair probe by purging hundreds of police officers, judges and prosecutors, banning Twitter and YouTube, and over and above these, increasing intolerant, reckless and autocratic rule. Erdogan’s next target is to win the presidential election which will be held in August 2014 and immediately afterwards, to convert the regime into a presidential regime by amending the constitution. This means he is gearing up to become the single powerful actor who will dominate Turkish politics for several more years. In addition, considering the messages within his public speech right after the elections, it seems that his inflexible policies that are increasing the tension among diverse societal groups will remain, and that he will keep his othering language and political attitude against dissent groups. The trouble is that local elections proved that he has the power and influence that he needs to achieve his near future goals, and that somehow his othering, tension increasing rhetoric and conservative social engineering policies really work to clasp his voters together.

This does not just reflect a kind of bizarreness, but also the fact that a great deal of people in Turkey still want to follow a powerful father figure who is capable of deciding on everything regarding societal issues, and who is able to roar at his opponents, be it the native ones, or the global powers. Many appear to want it to further stabilize the country, but evidently in Turkish political culture, almighty leaders are not that odd. Indeed this issue is somehow interrelated with Gezi protests. During Gezi demonstrations, I believe that another dichotomy of societal dynamics in Turkey was revealed, in addition to conventional ones, such as laicist-Islamist, or Turk-Kurd, or modern-pre-modern etc.: the paternalists versus antipaternalist dichotomy. In other words, Gezi was an obvious refusal of the seemingly conventional use of abusive and dictative language of the Turkish state against individuals, and it presumably will result in some far-reaching consequences.

The new paternalist father of Turks vows growth, but not progress of the democracy

One point is noteworthy, it is almost a common opinion that Erdogan grasps social dynamics of Turkey very well and this is one of the most important aspects of his success. This is true to some extent, but it should also be noted that his political opponents are too clumsy to offer a significant alternative to AKP power. The social basis of AKP mainly consists of the relatively deprived and conservative masses, and furthermore, it is open to new participation from various social groups. That is to say, it even has the potential to enlarge itself under some circumstances. Without a strong political actor that is able to aggregate a social cluster such as AKP’s, releasing tapes or anti-corruption probes (as recently done prior to the municipal elections) does not answer the purpose of opponents much under current conditions. Indeed, as some Turkish authors agree, these deprived masses found an opportunity to constitute their own identities by virtue of AKP, and correspondingly, Erdogan has employed this dexterously to consolidate his power. As such, banning Twitter may be expected to have an alternative meaning for the more conservative masses, as seen in official press releases from the government, as if it is part of the AKP government’s fight against global giants for national security, and only chastening them for breaching Turkish laws, rather than impeding fundamental rights.

Thus, one could say that politics does not have much chance to transform societal dynamics under these circumstances, but these rapidly changing societal dynamics in some way will continue to be decisive over politics.

This may also shed light on other recent bizarre developments in Turkish politics. It is apparent that Erdogan has been pursuing a sort of populist policy for a while, as he is touching on issues that appeal to the conservative “majority” such as the banning of abortion, higher restrictions on alcohol sales, and attempts to police mixed-gender student housing. On the other side, Erdogan’s chief advisor Yigit Bulut, who has also been known as a conspiracy theorist, in his column, heralds the spurt of the nation, and birth of a new superpower, which is inescapable and unavoidable in upcoming years. He already sat on writing a new doctrine for the future of the country, which is open to public contributions as he declares, and he demands re-positioning of Turkey in world politics. At this juncture, that he explicitly recommends ceasing relations with the European Union in a pragmatist view should not be found surprising.

Rule of Law vs. Rule of Lawyers: A New Constitutional Politics Issue?

The gloves are off! Constitutional politics certainly play a significant role within this process as it has whenever the country is at a crucial juncture. The Twitter ban was overturned by the Constitutional Court in the meantime, since it violated universal values and fundamental rights. Erdogan declared that he does not respect this decision on the grounds that the decision is “unpatriotic”, and that the Court exceeds its competence and acts for political purposes. As a response, Erdogan was slammed by Hasim Kilic, the President of the Constitutional Court in the ceremony for the 52th anniversary of the foundation of the Court, as his criticisms against recent court decisions were “shallow” and “excessive”. After this challenge, Kilic was blamed by pro-government media for being a “juristocrat” and “an agent of the parallel state”, the idiom made up for officials who are the Islamic cleric Fettullah Gülen’s disciples and deemed traitors by Erdogan after police raids regarding corruption probes.

Indeed, debates about juristocracy or the rule of lawyers, and judges as powerful state bureaucrats interfering in politics, are not new in Turkey. For instance, some of the Constitutional Court’s decisions regarding party closure cases or notorious “367 decision” on presidential elections can be handled in this context. It is obvious that the Turkish government will try to benefit from the bad reputation of the court and will keep heating this debate up again and again for all displeasing court decisions. On the other hand, in the years ahead the Constitutional Court will face a crucial exam in order to prove how sincerely it is acting in favour of universal democratic values and that it no longer represents a paternalist mindset.

So, what does Gezi mean within this framework? Demonstrations faded away months ago, and AKP consolidated its power despite all counter attacks in the meanwhile. Should we now deem that everything happened in vain? Frankly, I do not think so at all. Gezi demonstrations dealt a severe blow to AKP’s hegemonic power, or rather to the paternalist policy in Turkey to a certain extent. That is to say, Gezi will have some far reaching effects, even extending beyond AKP rule in Turkey. To this end, I agree with those who depict Gezi as ‘68 of Turkey. Therefore, one could say that Gezi turned into a permanent political movement, but it did not. Thus nobody should have expected an urgent or mid-term change of power in Turkey. It presumably left some marks in the subconscious of the society, which could evolve into a concrete outcome in the meantime. It is now evident that anti-paternalism has become a serious rival of paternalist culture and polity in Turkey. As it has turned into a component of the social cement, now it has the chance to become a player amongst the constructors of the future polity. The political opposition must take note of this fact while reconstructing itself. However, this is not just an issue for the opposition. Overlooking this truth will not allow Erdogan or his future successors to govern Turkey the way he used to.

Throughout his life, Sartre has maintained that the absence of a father provided him a certain freedom and he deemed himself fortunate because the early death of his father resulted in the absence of a superego to struggle against. Turkish society has never experienced fatherlessness throughout its history. The absence of the paternalist fatherhood government may one day give this freedom to Turks as well, and it may even be a key point to dissolving other dichotomies of the society.