Of çapulcus, tears, and broken trees

One quick way to grab the inner core of the recent events in Turkey linked to the Gezi Park protest is by having a look at the quick evolution of the use of the word çapulcu, now adopted in its verbal form in many western languages (chapulling, tschapulieren, ciapullare, chapuller, chapular etc.). As Prime Minister Erdoğan used the word to refer to Gezi Park demonstrators, it is possible to get an insight of the events simply by looking at the distance between language and reality in the use of the word. Erdoğan’s scornful and hasty dismissal of the phenomenon opened the way to a dialectical development of the denotation of the word, now proudly adopted by demonstrators as a unifying name.

This development was in the nature of things, as demonstrators were and are nothing but the exact opposite of that what the word originally denoted. Insofar, from the original meaning of “looter”, the word very quickly assumed the one of “fighting for one’s rights”. However, the original designation of the protesters entailed some part of truth, though in a radically different way than the one implied by Erdoğan’s use of it. Under Erdoğan’s government, Turkey underwent an impressive economic development and an overall transformation which brought the country to be one of the most influential political powers not only in the Middle-East context, but also in the Mediterranean area as a whole. This rapid growth has been and is being accomplished through aggressive neoliberal politics, the systematic repression of all dissent (a 2012 article stated that Turkey is the country in the world with the highest number of journalists in jail) and through the attempt of re-islamisation of a relatively secular society.

Those opposing these policies basically lack any political representation and recognition. There is a number of explanations for this: among others, an election system allowing only parties with a 10% or higher votes percentage into parliament, and the weakness of left parties. These latter, hard-hit by the 1980 military coup, present at the same moment very radical, utopian socialist traits and an overall anti-imperialist tendency in some cases straying into nationalism, and are insofar scarcely representative especially among the young generations. Some liberal oriented leftists even voted for AKP in the 2007 general elections. Many other leftist sympathisers and activists either chose not to vote or followed the hazardous – and in many respects naïve – path of identifying their representatives among the Kurdish movements (PKK) and parties (BDP) instead of proposing themselves as representatives of the demands of these latter.

Insofar, especially after the recently started peace process carried on between the government and the PKK (which brought discontent among the nationalist wing of AKP inclining them towards the MHP, the far-right traditionalist party also represented in parliament), leftist opponents found themselves isolated both at national and international level. They found themselves, among others, in a impassable distance from the main opposition party, CHP (the Kemalist People Republican Party, secular, social-democratic and nationalistic), which, on the other hand, accentuated in the facts if not in the programs its proximity to PM’s party AKP (Justice and Development Party). It was hence very easy for AKP to marginalise oppositions while at the same time showing a democratic façade. Those opposing the new Turkish course could relatively easily be reduced to the unitary category of çapulcu.

However, Erdoğan made a fundamental mistake. The excess of self-confidence has not been matched by an equally self-confident, tolerant and “laissez-faire” attitude toward the çapulcus, which would have possibly neutralised them definitively. Erdoğan’s brutal repression policy against journalists, students, intellectuals and so on ultimately revealed a fear and a weakness almost pathological and maybe hardly to explain on a straight political basis. This policy resulted among others in the banning of the highly symbolic May Day demonstration in Taksim Square, and in the repression of demonstrations of feminist groups claiming more respect for women rights and concrete actions against violence on women.

Erdoğan’s policy of dissent repression culminated in the police reaction to the first opponents of the Gezi Park transformation project, who were attacked and tear-gassed as if they were not even çapulcus anymore, but insects to be disinfested (like the “woman in red”, willy-nilly transformed into a symbol of the protest). This was the point of no return, where opponents understood with full evidence that they were conceived as nothing but çapulcus, as looters of a system they could not possibly fit into anymore. Plus, they understood that they were çapulcus simply because of their opposing the government, not because they were ecologists, communists, atheists, LGBT activists, Kurds, Alevis and so on. Hence, the main point of the struggle was and is the fundamental clash between a political system which is radically anti-pluralist and a plurality of oppositions reduced to the lowest common denominator of çapulcu. The recognition of the possibility and existence of dissent (and hence the factual acceptance of the semantic shift of the word çapulcu) is the basic necessary condition for a pacification of the current situation and for a real democratic development of Turkish politics. This latter requires that the demands for freedom of dissent and protest, for respect of the common goods and of private lifestyles and opinions be effectively satisfied by the government. Having gained this consciousness is already a huge step for the Turkish society, and not one that can be easily cancelled or ignored by the current or the future governments.

However, a peaceful outcome and a democratic development of the current situation is still threatened from many sides. First of all, Erdoğan can hardly make big concessions without weakening his position in the government and his though-guy image, as the Gezi Park events brought to the surface a growing discontent also within his own party and supporters. Secondly, those basic demands risk being crushed under the weight of the differences and idiosyncrasies of the various protesters movements (the main risk being that of a conflict between Republicans and Kurds, possibly fuelled by the government itself). Thirdly, it should not be forgotten that Erdoğan enjoys a huge consent among Turkish people2 , which we cannot expect to be substantially undermined by the last events, due also to the systematic work of manipulation and misinformation carried on by all mainstream medias, under close or direct governmental control. There is even a concrete risk of Erdoğan turning to some of his supporters groups and using them as some kind of private militia.

Yesterday, the 11th June, the police evacuated the demonstrators from Taksim Square arising a Molotov cocktails reaction started by the socialist-democratic Party SDP (if one wants to believe the official news…), then heavily gas-bombed and water-cannoned the thick-rallied peaceful demonstrators forcing them to pull back to the park: given the panic created and the fact that Taksim Square and the Park are now an open-air construction site, this action might have lead to a massacre. In the meanwhile, around 49 lawyers (!) supporting the protest were taken under custody and in some cases beaten in the Justice Palace and then released. The PM claimed to be ready to listen only to some well chosen representatives different from the original members of the Taksim Platform, and clashes still burst in other cities. The situation in Taksim gradually escalated: fires were lit by demonstrators to protect the few remaining barricades, and heavy clashes took place. Tens of ambulances and first aid staffs never stopped moving. In the night, police started directly gas-bombing the Park, without however entering it. The night rain worsened the effects of tear-gas and the conditions of demonstrators still camping in the Park. As of today it is still too early to make any reasonable conjecture about the outcomes of the situation and the future plans of the protesters, but it is definitely hard to be optimistic about them. What is clear, anyway, is that the opponents of Erdoğan’s government finally gained a self-consciousness too long awaited. What the çapulcus will be able to build upon this basis is an open question, and ultimately not one depending only on their plans and actions. But one cannot longer ignore – at any level – that the roots of the Gezi Park trees are now the roots of Turkish democracy itself. 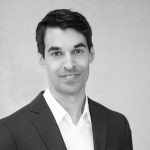 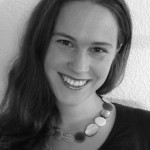