Intervention in Syria: not only illegal – also imprudent

Why military intervention in Syria is not justified

As Tim René Salomon has set out very clearly, a military intervention in Syria cannot be considered legal, as there is no Security Council resolution, no situation of self-defence, nor do the contested doctrines of humanitarian intervention or the responsibility to protect justify an intervention. There is merit in taking a closer look at one of the prerequisites for the use of force under both humanitarian intervention, as well as under the responsibility to protect: the requirement that an intervention must have reasonable chances of offering protection to civilians. This requirement points us to the real difficulty in the case of Syria: the use of force cannot stand by itself.

Every intervention must be complemented by at least a rudimentary plan of how such an intervention will improve the situation of civilians in Syria. Without reasonable chances of protecting civilians, neither the doctrine of humanitarian intervention, nor the responsibility to protect justify military intervention. The fact that this is the case, may serve as a reminder of the reason why, in principle, the Security Council is entrusted with the decision to employ force, although it is a political body with numerous deficiencies. An authorization of the use of force under Chapter VII by the Security Council presupposes diplomatic interaction within the Council. It suggests that it has been discussed how an intervention can contribute to a solution to the conflict, that there is at least an idea of how to proceed in the aftermath of an intervention and how to continue interacting with the country concerned. Once the Council has authorized the use of force, its members are bound to such an intervention as they have agreed to it. This is not a guarantee for success, however, it does increase the pressure to solve disagreements concerning the conflict within the Council and to continue the involvement in a meaningful way.

Kosovo: the birthplace of the doctrine of humanitarian intervention

Even the doctrine of humanitarian intervention, which accepts the use of force without a Security Council resolution, presupposes a diplomatic component to the solution, as it is not possible to assume reasonable chances of successfully protecting civilians without a strategy going beyond the element of sanction. The very intervention that lies at the basis of the doctrine of humanitarian intervention demonstrates this very nicely. The air campaign on Belgrade was planned to be short and effective, ground troops were never meant to go in. Even though it was not the first time the US dealt with Milošević, in the words of Madeleine Albright: “We all had hoped that Milosevic was, frankly, a reasonable human being, who would not want to see his country bombed.” As we all know by now, Milošević does not belong to the reasonable lot. The NATO Summit commemorating its 50th anniversary was overshadowed by discussions of intensifying NATO´s air campaign „for as long as it takes.“ It is now assumed that serious considerations of sending ground troops was what finally lead to Serbia´s capitulation after 78 days. At this point, we should note the similarity to the current discussion, where a promise of “no boots on the ground” is made and the campaign is planned for 60, maximum 90 days.

What should we learn from the intervention in Kosovo?

In my opinion, there are two things to remember carefully. Firstly, people like Milošević or Assad are not reasonable human beings. They do not mind to see their country bombed, especially not, if they are already told that it won´t take too long, as is the case in the current situation. Secondly, a short and “no boots on the ground” campaign is very difficult to realise. This leaves us with two possible scenarios. Either, the US and its allies face reality and break their promise not to get involved too deeply, as has been the case in Kosovo. Or, they simply do pull out after 60, maybe 90 days.

Let´s imagine for a moment that NATO alleys had stuck to their initial tactics of bombing Belgrade for a short period of time, had not seriously considered the sending of ground troops and had simply pulled out after 60, maybe 90 days. No one would think back at the intervention in a complementary way, nor would the doctrine of humanitarian intervention have been developed. For good reasons this is, as civilians would not have actually received protection.

Therefore, heads of State and government should be prudent when discussing a military intervention in Syria. Are the allied forces willing truly to offer protection to the Syrian population? If this is not the case, if sanctioning Assad is the only goal pursued, an intervention will do more harm than good. Therefore, no matter which legal ground for justification one seeks to employ, the use of force must be embedded in serious diplomatic efforts, there must be a strategy of how the intervention will truly contribute to the protection of civilians. Simply wishing to sanction the Assad regime for the use of chemical weapons is not a sufficient justification for the use of force. This result may be considered utterly unsatisfying in the present situation. Nevertheless, it highlights the importance of the basic reasoning underlying the traditional rules, as well as newly developed doctrines relating to the use of force: the use of force can never stand alone. Diplomatic means must always be part of the solution to a conflict. 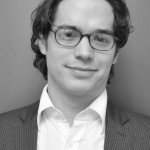