War in Yemen (1): Why the Saudi-led coalition’s blockade is not a naval blockade 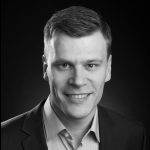 Since 2015 a military coalition led by Saudi Arabia has conducted a presumed naval blockade off the coast of Yemen. In theory, a naval blockade provides the belligerent with extensive powers including the prerogative to restrict the freedom of navigation of third States. In the case of Yemen the coalition makes great use of this. Meanwhile, the humanitarian situation has deteriorated significantly.

In the first comment I focus on the imposition of the blockade. I try to provide an overview of relevant information since reliable facts are an issue. I argue that better reasons suggest that a blockade’s imposition in a non-international armed conflict (NIAC) is unlawful and thus it is not fitting to speak of a naval blockade strictu sensu.

Because one may claim the opposite – a blockade’s lawfulness in a NIAC – the second comment concentrates on enforcement measures. I contend that the coalition has not obeyed the law of naval blockade. For this reason, the blockade cannot be enforced lawfully. Lastly, the enforcement measures of the blockade would also violate standards of international humanitarian law.

What are the facts to work with?

In January 2015 Houthi rebels ousted the legitimately elected President of Yemen, Abdrabbuh Mansur Hadi from power, who subsequently went into exile in Saudi Arabia. Upon his formal invitation the coalition, among them are Qatar, the UAE and Egypt, intervened militarily in Yemen in March 2015.

At the same time Saudi Major General Ahmed Al-Asiri openly spoke of a ‚blockade‚ and explained coalition vessels ‚are going to monitor all ships entering and leaving Yemeni ports‚. Following this, coalition forces blockaded vessels approaching Yemeni ports. On 6 November 2017 the blockade was tightened in an attempt to stop alleged ‚arms smuggling from Iran‚. Until 26 November 2017 no single ship was allowed to travel to the Houthi-controlled ports of Hudaydah and Saleef in western Yemen.

This 20-days total blockade effectively has worsened the already critical humanitarian situation to such an extent that Yemen is confronted with the worst famine in the world. According to Human Rights Watch (HRW) the coalition was severely restricting the flow of essential goods into the ports including food, fuel and medicine. It is estimated that the naval measures have left 78% of the Yemeni population in urgent need of food, water and medical aid.

Can a blockade be lawfully imposed in a NIAC?

Like Martin D. Fink I presume that the NIAC in Yemen remained a NIAC even though the foreign coalition forces intervened in the conflict on behalf of the Yemeni government. However, more an issue is whether a State’s or coalition of States‘ naval blockade in a NIAC can be lawful – due to insufficient naval capabilities non-State actors have not yet been an issue.

The lawfulness of a blockade in a NIAC is not self-evident. The reason is that the purpose of a naval blockade is to negatively affect the supply chains and commerce of the opponent. Thus the impacts of the conflict are deliberately expanded on third States, which have e.g. business relations with the opponent. The legal relationship though between the blockading State and third States is not one ruled by the law of armed conflict but by the international law of peace. Since naval blockade measures vis-à-vis third States may be therefore a violation of Article 2(4) of the UN Charter and the freedom of navigation under Article 87 of the UN Convention on the Law of the Sea, this poses the question whether a blockade in a NIAC can be lawful.

The answer is: ‚It is unclear‘. On the one hand, there is no international treaty to recognize a blockade in a NIAC as lawful like, regarding naval blockades in an international armed conflict, e.g., Rule 4 of the 1856 Paris Declaration and Articles 1-21 of the 1909 London Declaration (the latter is accepted as reflecting customary international law (CIL)). Further, to date no rule of CIL emerged to recognize the blockade in a NIAC. To put it simple, there have just not been enough blockades established in past NIACs to conclude the existence of long-time State practice, let alone a custom. But even if one takes the blockades off Gaza and Yemen as sufficient State practice, there is hardly relevant opinio iuris supporting this position.

Opinio iuris describes the State’s conviction that is it legally obliged to do a particular act. But currently, there is no room for the indication that third States, which were restricted in their freedom of navigation or commerce by past blockade’s in a NIAC, according to Article 38 para. 1 lit. b) ICJ-Statute, believed to be obliged to accept those restrictions as law. Apart from Israel (in the case of the Gaza blockade) and Saudi Arabia and Egypt, (both are enforcing parties of the Yemen blockade) States have not expressly confirmed the lawfulness of a blockade in a NIAC.

On the other hand, one may remember the outcry among States the violent crackdown by Israeli security forces on the vessel Mavi Marmara generated in May 2010. On occasion of the blockades off Gaza and Yemen, third States tent not to sustainably challenge the lawfulness of a blockade in a NIAC, but rather criticised the enforcement measures as being excessive. Lastly, as far as can be seen, only Turkey in the Report on the Israeli Attack on the Humanitarian Aid Convoy to Gaza on 31 May 2010 (p. 61-62) expressly denied the legality of blockades in a NIAC.

To summarize, the absence of protests and silence of the most influential States concerning the blockades off Gaza and Yemen show that States have not yet made a final decision about the lawfulness of blockades in a NIAC. Nevertheless, since there is no source of international law to authoritatively recognize a blockade in a NIAC, it appears difficult to claim the opposite. However, for the purposes of the second comment, I assume that a blockade in a NIAC can be lawful.

War in Yemen (2): Why the Saudi-led coalition has not obeyed the law of naval blockade and violates IHL

16. Mai 2018
Oliver Daum
Recht politischRecht transnational
law of naval warfarenaval blockadeOliver DaumSaudi ArabiaYemen
von OLIVER DAUM In the first comment I concluded that it appears difficult to claim that a blockade can be imposed legally in a non-international armed conflict (NIAC). However, I assume that a blockade in a NIAC can be lawful. Against this background, this comment assesses whether the coalition nevertheless…
Weiterlesen