States’ obligations to protect human rights against climate change – a “perverse absurdity” or a matter of fact? 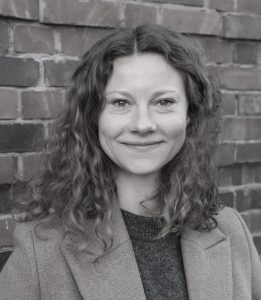 On Friday, 23 September 2022 the Human Rights Committee (HRCom) published the highly awaited decision of its first – actual – climate case (here). The petition against Australia was filed by members of the indigenous minority group of the Torres Strait Islanders in May 2019. As their home State and one of the world’s largest emitters, Australia was accused of not taking sufficient action to protect the petitioners against the adverse effects of climate change. As this was only the second time that the HRCom had to address the relationship between human rights and climate change (so far only in the context of a case concerning asylum issues), this complaint constitutes a novelty before the HRCom and is now of important significance.

Admissibility of the Complaint

It is already remarkable that the communication – contrary to previous climate-related procedures (here, here and here) – was found admissible (paras. 7.3 et seq). The HRCom confirmed the inexistence of adequate local remedies as well as the victim status of the claimants under Arts. 1 and 2 of the Optional Protocol. As members of indigenous peoples are strongly connected with their territories, they were “extremely vulnerable to intensely experiencing severely disruptive climate change impacts”. There existed “more than a theoretical possibility” of climate-related impairment of conventional rights, thus the claimants were actually and personally affected (para. 7.10).

Regarding the numerous adverse impacts on the Islands’ ecosystems and the exceptional – culturally determined – dependence of the islanders on the resources impacted, the HRCom found not only a violation of the right to private, family life and home under Art. 17 ICCPR (paras. 8.10, 8.12), but also a violation of the right of minorities to enjoy their culture under Art. 27 ICCPR (para. 8.14). In fact, the Committee acknowledges what Australia called a “perverse absurdity” (para. 6.7): States parties have indeed a positive obligation to protect conventional rights against impairment by consequences of the climate crisis, notwithstanding its global character.

Even though Australia already adopted several adaptation measures – such as for example the construction of seawalls – it could not explain the undeniable delay in taking these actions (paras. 8.12, 8.14). By failing to adopt timely adequate adaptation measures to protect the petitioners’ private and family life, home, and traditional way of life against reasonably foreseeable and serious impairments, Australia thus violated these rights under Arts. 17 and 27 ICCPR.

No violation of the right to life (Art. 6 ICCPR)

The HRCom has already acknowledged the possibility of the violation of the right to life (with dignity) under Art. 6 ICCPR due to the impacts of climate change (here and here or by environmental degradation in general (here)) and it did not exclude this possibility as such for future cases. Besides, in its climate-related practice in Concluding Observations, the Committee always refers to Art. 6 ICCPR (here and here). But in the particular case at hand, the HRCom did not find a violation of Art. 6 ICCPR by Australia. In the view of the Committee, the authors of the petition did not sufficiently substantiate the existence of a real risk of their life as such or a life-threating situation (paras. 8.6 f.). They mainly referred to a risk that is already covered by Art. 27 ICCPR, thus, it could not be proven that adaptation measures “would be insufficient so as to represent a direct threat to the authors’ life with dignity” (para. 8.7).

While the complaint was equally referring to the lack of adequate mitigation measures (to address the causes of climate change by preventing or reducing the emission of greenhouse gases), the HRCom based the violations of Arts. 17 and 27 ICCPR exclusively on the failure of the Australian government to adopt timely and adequate adaptation measures to effectively protect the inhabitants against the – already occurring – negative impacts of climate change on the islands. The positive obligation to mitigate the causes of climate change in themselves through adequate mitigation measures – in particular Australia’s failure to reduce emissions – was not addressed by the Committee (on this “major shortcoming of the decision” see here). This is all the more surprising given that the HRCom had already addressed mitigation measures in its Concluding Observations with regard to other State parties to the Covenant (here and here).

Remarkably, five Individual Opinions of Committee members were issued (Annexes I-V), reflecting the high controversiality of the proceedings even within the HRCom. While Muhumuza (I.) and Zyberi (II.) deal with the disregard of the alleged inadequacy of mitigation measures, the denial of a violation of Art. 6 ICCPR is criticized by three further Individual Opinions (I., III., V.).

In addition, for the first time the HRCom pronounced itself on the question of an effective remedy in the context of climate change. Australia must provide adequate compensation to the authors for the suffered harm (insofar, the ruling constitutes “a precedent within the notion of loss and damage”), engage in meaningful consultations with communities affected, and continue the “implementation of measures necessary to secure the communities’ continued safe existence on their respective lands” while regularly monitor and review their effectiveness (para. 11). It is highly interesting that the State Party is further under the obligation “to take steps to prevent similar violations in the future” (para. 11). Enlightening reflections on such positive obligation to prevent future climate-related violations of the ICCPR – which must reasonably also entail mitigation measures – are presented here. 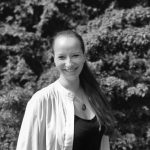 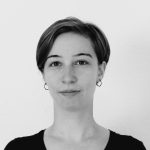