Bail-out or no bail-out? – Corona Bonds and European Law 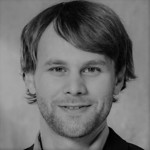 The COVID-19 epidemic hit all EU Member States and their economies. At the moment no one can seriously estimate how long the epidemic will last, which serfdoms and hardships it will bring, and how the economy will respond once the turmoil has faded. It is clear, however, that recovery programs have to be put on track as fast as possible to stimulate the economy and ease the individual hardship. It is an open question how Member States and the EU will be able to stimulate the economy after the existential threat of the epidemic has faded and how – at the same time – they will be able to upgrade their health care systems, improve their capacities to respond to future epidemics, and improve the living conditions of their citizens. It is undeniable that vast amounts of revenue must be raised in a fairly short period of time to finance all these crucial steps.

How this is to be done is subject to debate. Here the stakes and claims are clear: While “the South”, including inter alia Italy, France, and Spain, advocates Corona Bonds (meaning financial instruments issued by multiple (or all) Member States or by a European entity in order to indebt the issuers), “the North”, including inter alia Germany, Austria, the Netherlands, and Finland, is reluctant to these financial instruments. The political situation is complicated since the governments from the “North” will find it difficult to explain to their constituents why “they” should pay for the debts of the “others”. It is also feared that Corona Bonds will in essence resemble Euro Bonds, that were widely and controversially discussed during the height of the sovereign debt crisis in 2011/2012 and were strongly rejected by the German and other governments. Governments from the “South” on the contrary will stay away from money if it comes with the obligation to push unpopular reforms and may amplify ensuing economic problems.

The main outcomes of the Council of Finance Minsters

The compromise has four main pillars. First, the European Investment Bank (EIB) will set up a pan-European fund which will finance companies. Second, credit lines from the European Stability Mechanism (ESM) will be granted to euro area Member States under soft conditions. The EU will, third, (under the acronym SURE) support Member States with up to 100 billion Euro by establishing “a temporary loan-based instrument for financial assistance”. This program is designed to finance measures of Member States and shall “primarily support the efforts to protect workers and jobs” such as, for instance, short-time work compensation schemes. Fourth, and finally, a new recovery fund will be set up that shall be “temporary, targeted and commensurate with the extraordinary costs of the current crisis”. How the recovery fund will be financed is left unclear; the elephant in the room – Corona Bonds – is not addressed at all. Here, the ensuing deliberations of the Heads of State of the EU will have to find an answer which, of course, will be complicated, as the competing views still differ strongly from each other.

However, the political (and legal) debate has already begun. Elmar Brok (CDU) has for instance expressed his will to implement “innovative financial instruments” publicly. It is therefore save to assume that Corona Bonds are still “on the table”. Their legal soundness, however, remains a topic of debate.

Corona Bonds and the no-bailout clause

As already indicated Corona Bonds are feared to resemble Euro Bonds under a different name. This brings back the old debate whether these bonds would be compatible with both national constitutional law and EU law. To keep this article rather short I shall focus on EU law in the following. Setting aside the question if the EU has the competence to propose Corona Bonds itself the main question under primary law is if Corona Bonds violate the no bail-out clause of Art. 125 TFEU.

By now a multitude of politicians and academics have spoken out in favour of Corona Bonds. However, the only proposal that addresses the legal obstacles directly is the one from Goldmann et al. launched on Verfassungsblog. They advocate a model in which the revenue raised by the issued Corona Bonds will be used to fund European projects on the one hand and Member States on the other. While their proposal is appealing in numerous ways, I am sceptical that the exemption of Art. 125 TFEU for the “joint execution of a specific project” (my emphasis) will be suitable here since a fair share of the revenue will be made available to Member States who will most likely have broad discretion when spending the money. This, and the fact that mutual debts also affect future debts, will bring the no bail-out clause back onto the legal (and political) playing field.

However, the case for Corona Bonds may not be as problematic as the case for Euro Bonds that was intensely debated in 2011/2012. it is obvious that the COVID-19 epidemic itself has nothing to do with the fiscal policy of one or more Member State(s). COVID-19 does not distinguish between people, societies, or states. Second, it is also clear that Member States will have to invest thoroughly in order to upgrade their health care systems and prevent a recession now and not in the far away future. Now, a strict interpretation of the no bail-out clause may point to the fact that mutual debts also affect older debts or, put differently, the may incentivize borrowing more money because capital markets will no longer discipline the fiscal policy of Member States. However, if the goal of Art. 125 TFEU is that Member States “maintain budgetary discipline” (so the ECJ in Pringle), then exceptional circumstances cannot be overlooked if one interprets the clause. Corona Bonds are issued because of a specific and mutual event that poses an imminent threat to individuals and societies, they will be capped at a certain amount, and they will be limited to a certain time period. Put differently, a certain amount of debt will be mutualised but this amount will be limited in both time and capacity. Corona Bonds would not mutualise all the debts of Member States.

The tricky question will be if the money that will be raised by issuing Corona Bonds can be granted by the recovery fund under no or very little conditions. In Pringle the ECJ adopted a teleological view and emphasized that Art. 125 TFEU shall promote a solid fiscal policy by Member States. It therefore emphasized the “strict conditionality” of the financial assistance given by the ESM. However, the ESM is designed to help Member States that have problems to refinance their expenditures. It was not set up to fund the expenditures of multiple or all Member States because of a mutual existential threat. 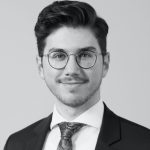 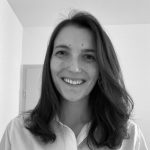 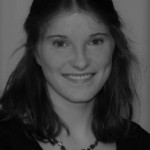