Genocide against the Yazidis – Accountability before German Courts? 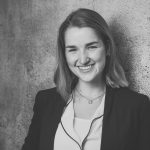 There exists unequivocal and convincing evidence that “the crimes against the Yazidi people clearly constituted genocide” – this is the result of UNITAD’s investigation in Iraq, as Special Adviser Karim Khan told the UN Security Council during his final briefing on 10 May 2021. While impunity still persists, a German court might soon be the first judicial body worldwide to find an alleged ISIL member guilty of genocide. This blog post explains the case’s background and argues that German courts still have a long way to go to adequately prosecute international criminal cases on the basis of universal jurisdiction.

The indictment is horrific: according to the Office of the Federal Prosecutor, Taha A.-J. was a member of the so-called Islamic State in Iraq and the Levant (ISIL) and bought a Yazidi woman and her daughter as slaves. Ultimately, he allegedly caused the five-year-old girl’s death by chaining her to a window in the blazing sun and leaving her to die of thirst. The Office of the Federal Prosecutor alleges that Taha A.-J. acted with the intention of destroying the Yazidi religion and culture in line with ISIL’s general aims and, hence, committed genocide. Therefore, it filed charges against Taha A.-J. for genocide (Section 6 (1) No. 1, 2, 3 Code of Crimes against International Law [CCAIL]), crimes against humanity (killing, enslavement, torture, deprivation of liberty, Section 7 (1) No. 1, 3, 5, and 9, (3) CCAIL) and war crimes (killing and torture, Section 8 (1) No. 1 and 3 CCAIL) among others.

The case is pending before the Frankfurt Higher Regional Court (OLG) and is one of several recent court proceedings concerning ISIL’s crimes before different German courts (OLG Düsseldorf, OLG Hamburg and OLG München – where Taha A.-J.‘s ex-wife Jennifer W. stands trial). The Frankfurt case is, however, extraordinary for two reasons: First, it is the first trial worldwide in which an alleged ISIL member is accused of genocide against the Yazidi people. Second, the case relies on the principle of universal jurisdiction under which Germany may assert jurisdiction over crimes committed abroad and bearing no relation to Germany (Section 1 CCAIL).

These charges brought against Taha A.-J. are the result of a so-called structural investigation (“Strukturermittlungsverfahren”). Structural investigations focus on the organizational structure first, in order to identify, at a later stage, individual perpetrators. After more than 1000 Yazidi women and children came to the state of Baden-Württemberg as refugees in 2015, the Office of the Federal Prosecutor started legal proceedings regarding the attacks on the Yazidi people which were first reported in 2014 and continue to this day.

In August 2014, ISIL invaded and took control of the Sinjar Region in Iraq – home to many belonging to the religious community of the Yazidis. ISIL members forcibly transferred, enslaved or executed Yazidis – the crimes committed depended on their age and gender. Thousands are still missing. Already in 2016, the UN Commission of Inquiry on the Syrian Arab Republic has found the atrocities committed by ISIL to constitute genocide, crimes against humanity and war crimes. However, to this day, the international community has failed to establish an international or hybrid tribunal or to refer the situation to the International Criminal Court via the UN Security Council. On the international level, only the UN investigative mechanism – the United Nations Investigative Team to Promote Accountability for Crimes Committed by Da’esh/ISIL (UNITAD) – is active and working. Thus, domestic courts present the only opportunity for victims to seek legal accountability at the moment. But are they able to follow in the international tribunals’ immense footsteps and to handle universal cases adequately?

The Challenges of Universal Jurisdiction

There is nothing inherently domestic about the case against Taha A.-J. in Frankfurt: neither the accused nor the victim are German nationals, the alleged crimes did not take place in Germany and the accused was arrested in Greece. By using the rocky road of universal jurisdiction, Germany is taking the lead towards accountability. However, adjudicating such universal cases brings numerous challenges that go beyond merely applying the law: neither the accused nor the victim speak the court’s official language. Witnesses are scattered around the globe and often traumatized. Access to evidence is hard to gain. Thus, judges and prosecutors face the additional task of bridging the trauma and language gaps.

As the Office of the Federal Prosecutor already noticed in 2019, Germany lacks culturally sensitive support for victims of international crimes. However, a trauma-informed approach is of utmost importance: on the one hand, to ensure that the affected person does not suffer further harm before, during or after giving testimony (secondary victimization); on the other hand, to achieve an authentic testimony. To that end, it is vital to provide professional psychosocial support and to train prosecutors and judges on mental health issues – particularly with regard to women, children and LGBTIQ+ persons affected by conflict-related sexual violence.UNITAD has set a good example: it provided information in the survivors’ mother tongue, trained its own staff and cooperates with NGOs and the Iraqi government regarding psychosocial support.

It is evident that trauma awareness in the court room is inextricably linked to a gender-sensitive approach. But the first step to closing the “gender gap” would indeed be legal and simple, too: the Office of the Federal Prosecutor should include gender-based and religious persecution as a crime against humanity (Section 7 (1) No. 10 CCAIL) in future indictments, where applicable. As the Office of the Federal Prosecutor initially failed to include it in the Frankfurt case, the joint plaintiff’s lawyers filed a motion to extend the charges in December 2020. The evidence is clear: ISIL aimed to destroy the Yazidi religion and committed different crimes against women, girls, men and boys. Taha A.-J. acted in line with ISIL policy by allegedly enslaving a Yazidi woman and killing her Yazidi daughter. Now, it is up to the court to decide whether to convict Taha A.-J. of this still unexplored crime.

The language barrier surely does not make things easier. In Frankfurt, at least four languages (German, English, Arabic and Kurmanji) were regularly used in the court room. Often, only one interpreter was present who could hardly manage to provide the kind of real-time, accurate translation that is needed to adequately communicate in court proceedings. It remains unclear why it was not possible to pay two interpreters and split the task – as it is common in a other professional contexts. Luckily, the audience could help out from time to time – since Kurmanji-speaking members of the German Yazidi community regularly attended the proceedings.

The Frankfurt case shows that there is still a long way to go until German courts will be able to handle universal cases adequately.

At the same time, Germany – where many survivors have found a new home – has a mandate to continue investigating and prosecuting those cases. This mandate is not only of an ethical, but also of a legal nature (Section 1 CCAIL). Importantly, the Frankfurt case, despite its shortcomings, sends out a strong signal that accountability might still be ensured even if international criminal jurisdiction cannot be activated and local courts are unable to act. It is, therefore, a decisive step towards accountability and might pave the rocky road of universal jurisdiction for future cases in Germany, Europe and elsewhere. 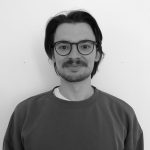 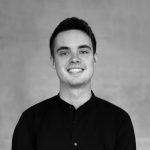 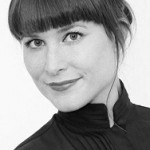