From effective to efficient regulation of ICT (2): the big leap towards embracing vertical, apart from horizontal, interdisciplinarity

In the quest for producing better functioning and as up-to-date as possible ICT laws, horizontal interdisciplinarity between law and ICT sciences has played a key role over the years. Now that there is quite a rich body of ICT laws already, it is high time to think about vertical interdisciplinarity – among different genres of law touching upon different aspects of the ICT phenomenon – as well.

Recently, I had argued that, given the already ample diversity of ICT laws – which, however, are neither adequate nor generic enough to efficiently regulate the whole range of phenomena associated with ICT – it was high time for information technology legislation to take the decisive step and start rebuilding itself in a more articulated and systematized manner. In this way, ICT law will manage to become more coherent and robust as legal sector, acquiring the hierarchical element among its rules that is necessary to make them discern between generic laws and principles and specific laws. In addition to these, there is one more step ICT law could take towards becoming more efficient, which stems right from its nature and the way it is being produced in its biggest part.

In particular, it is common truth that the majority of ICT laws, especially those regulating technical manifestations – i.e. applications or technical procedures – of the information technology and communications sector, are produced via an ever closer collaboration between law and applied sciences relevant to ICT technologies, such as computer and information science, electronic engineering etc. This process is becoming more and more intense and, as time goes by, it has come to be considered an almost sine qua non step in the procedure of making ICT legislation while it is standardly quoted as ‘interdisciplinarity’. In general, the term ‘interdisciplinarity’ in the context of law production is used to describe the process of law makers taking into account specialized knowledge and input from experts of sciences relevant to the field that is to be regulated under the negotiated laws.

Until now, interdisciplinarity is almost exclusively understood in this one-dimensional way described above. However, given the fact that nowadays artefacts of ICT are spreading across most aspects of human activity and each one of them affects multiple subdomains of modern life and legal affairs, it is time to examine the possibility of introducing an additional level to the concept of interdisciplinarity; ICT law could serve as an ideal field of law-making to put in experiment the concepts of ‘horizontal’ and ‘vertical’ interdisciplinarity and utilize them both in an effort to produce as efficient ICT laws as possible. By ‘horizontal interdisciplinarity’ reference is made to the already existing practice of law ‘talking’ with other sciences in an effort to produce as effective legislation as possible. Besides that, it is now proposed to turn to ‘vertical interdisciplinarity’ as the practice of different disciplines of law dealing with one regulatory issue all together and in a concerted manner, with the aim of regulating it in a holistic, all-inclusive way, achieving, thereby, the conceptualization of as efficient ICT laws as possible.

The efficiency that vertical interdisciplinarity could provide for constitutes in improving the currently fragmented way in which the ICT phenomenon and several of its manifestations are regulated. A prime example in support of this argument is the regulation of cloud computing. The cloud has been possibly the most penetrating technological development in the field of ICT since the beginnings of the sector. As a technology that offered a profoundly new and, from several aspects, substantially improved answer to the very core task of the ICT business, i.e. how to handle digital data or execute computational processing with them, cloud computing brought about an extremely varied range of consequences and effects on various aspects of ICT activity, from data transfers, to competition in the ICT market, to handling intellectual property rights, to regulating consumer or business affairs in the ICT, to name a few. Many, if not all, of these legal affairs pre-existed to the introduction of the cloud; as a result, rules regarding them had been adopted way before, while even the idea of cloud technology was still inexistent. Naturally, this led to occasions when existing rules were not able to or could not deal in an adequate manner with the questions raised on the same topics before and after the arrival of cloud computing. In response to that, we notice the expansion of a more and more patchy corpus of rules, being introduced in the form of addenda to older legislation or annexes and supplements to laws dealing with phenomena that had been existing way before the cloud but are functioning so profoundly different in the context of it that old rules simply do not work with them.

The patchwork described above along with the ample experience in working under the horizontal interdisciplinarity modus makes ICT law the perfect case for experimenting with the approach of vertical interdisciplinarity as well. In detail, next time technological advancement calls for a revision of laws on ICT it is worth working towards updating them not in the compartmentalized manner that this is currently done, i.e. dealing with only one repercussion of the technological change at a time, but following a holistic approach. To put it in a more illustrative manner, next time the ICT sector is so extensively disrupted by an advancement with relation to it, as it happened with cloud computing, instead of applying the rules of interdisciplinarity only between different disciplines of (ICT) law and the sciences behind this disruption in order to regulate the effects of it, it would be advisable to coordinate actions among the various (ICT) law disciplines as well. In this manner, a series of positive effects with regard to relevant laws and the process of making them are to be expected, namely:

Overall, a plethora of laws meriting application in the same field is no new phenomenon and not privy to the ICT sector alone. In other words, it may be advisable for legal science to take the leap towards vertical apart from horizontal interdisciplinarity, in general. However, ICT law, in light of the fact that interdisciplinarity within it has been almost hereditary since day one, surfaces as probably the most suitable sector of legal science where the move towards vertical, in addition to horizontal interdisciplinarity, makes sense or, it is even essential for it to become as efficient as possible in the near future. 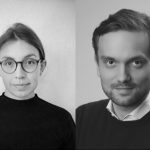 Thoughts on ‘one World, one Net, one Vision’: Joint Symposium on the Internet Governance Forum 2019 of the United Nations 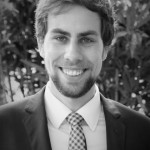 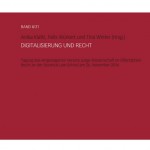