Back to the Roots of ECHR: The Indispensable Standard of Journalistic Freedom in Europe 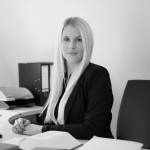 The European Convention on Human Rights (ECHR) guarantees the freedom of the press. In light of the vital role of the press as “public watchdog”, which is an essential element of political opinion-forming in a democratic society, it is strongly protected and specified by the case law of the European Court of Human Rights (ECtHR). This concerns not only extreme circumstances where journalistic freedoms are seriously violated by imprisonment or persecution, but also when restrictions come in a creeping manner. The fact that the privileges granted by the ECtHR to journalists and the limitations of state influence resulting from them are not only empty phrases, but binding values to which 47 Convention States have committed themselves, must always be remembered. This holds especially true in the modern digital era in which the legal framework of the protection of journalistic sources is under significant strain.

An International, Universal and Enforceable Approach

“Everyone has the right to freedom of expression. This right shall include freedom to hold opinions and to receive and impart information and ideas without interference by public authority and regardless of frontiers.” (Article 10(1)(1) ECHR)

These may be strong words contained in a meaningful international convention between states dating back to 1950, which at first glance may not seem tangible to a journalist sitting at her or his desk somewhere in a small town in Europe conducting their daily work. However, due to the international, universal and, above all, enforceable approach of the ECHR, these words are more meaningful and relevant than they appear at first sight – both for individuals and for the whole of Europe in light of relying on uniform standards for a free press.

47 Convention States across Europe, from Azerbaijan to Iceland, from Portugal to the Russian Federation, signed and ratified the ECHR so far. Ratification makes the ECHR an integral part of national law; in some Convention States it even has constitutional status. This obliges states not only to respect the Convention’s human rights in all their actions by all their powers (legislative, executive or judicial), but also according to Article 46(1) ECHR to abide by the final judgment of the Court in any case to which they are parties. Given the universal approach of the ECHR, this does not “merely” mean that the Convention States must guarantee freedom of expression, but they moreover have to do so in the way in which the ECHR interprets this freedom. In addition, freedom of the press as fundamental right grants rights to individuals which they can claim before the ECtHR under certain conditions. This means that every citizen of a Convention State is also provided with means of enforcing his or her rights, irrespective of the national law of the Convention State, which is a very specific element of the ECHR in contrast to other international human rights instruments.

Considering that the press, as a medium and factor in the formation of public opinion within a democratic society, requires a particularly high level of protection, the ECtHR has addressed the scope of this protection in a multitude of decisions primarily relating to the balancing of interests of the media with the (fundamental) interests of third parties (copyright, right to privacy, etc.) or of the state (state security, criminal law, etc.). In the course of time, the ECtHR has repeatedly adapted the criteria established in this context to social and technological developments. This is particularly evident in the dynamic understanding of the scope of protection open to further development, which is oriented on the value of the respective information for public opinion formation and not on the person publishing it. Freedom of the press can therefore not only be invoked by publishers or professional journalists, but also everyone whose fundamental rights are typically threatened.

The ECHR grants these addressees a number of privileges, which cannot be presented comprehensively within this short contribution. However, the protection of journalistic research, the protection of journalists‘ sources and the right to information granted to the press should be emphasised. In this context, for example, searches, seizures or surveillance of journalists are subject to particularly strict conditions, informants and investigative journalism are particularly protected and a right to access to information can even stem directly from Article 10 ECHR. These protection mechanisms are not limited to rights of defence, but can also give rise to positive obligations on the part of the Convention States, in particular, to establish a legal framework that enables journalists to contribute to public debate effectively and without fear. This includes not only active measures to protect the aforementioned conditions of journalistic research, but also, among other things, the effective prevention and punishment of crimes against journalists.

Although the concrete level of protection certainly depends on the circumstances of the individual case, a standard is created that applies equally in all Convention States.

Since 1959 to 2018, the ECtHR found 777 violations of Article 10 ECHR. Although there is an imbalance with regard to the States concerned by these decisions (Turkey leads this negative ranking with 321 decisions, 40 of them in 2018 alone, followed by the Russian Federation with 53 decisions finding a violation), it is remarkable that almost all Convention States have already been held to have violated Article 10 ECHR at least once by the ECtHR. This also applies, for example, to Norway, which actually leads the World Press Freedom Index published annually by Reporters Without Borders, i.e. usually provides for good conditions for journalists. This shows, however, that the ECHR is not founded on a level of protection based on minimum standards, which seeks the lowest common denominator of press freedom in the Convention States to apply, but on an independent interpretation guided by the importance of the press.

A brief Look into Details

The wide range of possible cases conflicting with freedom of the press can be illustrated in particular by looking at recent decisions of the ECtHR. While the detention of journalists in Turkey was seen as incompatible with freedom of the press, noting, inter alia, that the pre-trial detention of anyone expressing critical views will inevitably have a chilling effect on freedom of expression by intimidating civil society and silencing dissenting voices and therefore should only be used as an exceptional measure of last resort, the ECtHR decided differently in a case from Switzerland concerning a criminal conviction of a journalist for publishing information from a criminal record. Although the ECtHR found a high public interest in reporting in this case, it considered the financial penalty to be proportionate and therefore not violating Article 10 ECHR. Two judges of the seven-member chamber did not share this assessment and stressed in their dissenting opinions in particular the importance of the decision in the light of the democratic function of the press.

A case from Norway concerned an order of a national court against a journalist that obliged her to testify in proceedings against one of her informants. The ECtHR held a violation of Article 10 ECHR highlighting the importance of the protection of journalistic sources for press freedom. In this case, however, it was more a detail that moved one of the judges of the deciding chamber to a concurring opinion. This “detail” was the ECtHR finding that the degree of protection to be applied in the present case (where the informant himself had already voluntarily disclosed his identity) cannot reach the same level as that afforded to journalists who have been assisted by persons of unknown identity. Judge Tsotsoria opposed this because she feared a weakening of the protection by Article 10, because the fact that the source’s identity is known shall not remove or reduce a journalist’s protection.

Back to the Roots

This shows that there are roots in Europe for freedom of the press in the sense of a binding framework in all Convention States, which can be relied upon. “Back to the roots” in this context does not mean that we (state, society and economy as well as the induvial), should lean back and rely on the rules and standards of the ECHR, but rather that the existence of a protecting regulatory framework should be permanently called into awareness. The rules must be filled and further developed to the best of our ability. To conclude with the words of ECtHR judge Tsotsoria in her concurring opinion in the case from Norway mentioned above:

“[…] we are living in the modern digital era where the legal framework of the protection of journalistic sources is under significant strain. This expands the risk of erosion, restriction and compromise in the work of journalists, with an impact on freedom of expression, the media and investigative journalism in particular. The Court has been a frontrunner and an advocate of judicial protection of journalists and their sources and in so doing it has also served as an inspiration for many other jurisdictions. This path should not be reversed.” (emphasis added)

Sometimes it’s the details that matter in this regard. 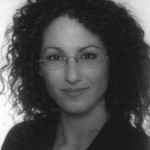 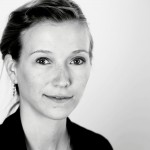